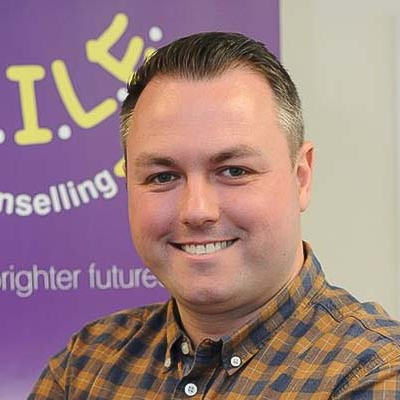 My name is Declan Harrigan. I began my career in corporate sales while studying Social Policy and Sociology at Magee, University of Ulster. After University and spending an additional 4 years training as a therapist I now have experience in counselling and psychotherapy for over 14 years both in the North of Ireland and since 2012 in West Lothian, Scotland.

My experience in counselling began in the North of Ireland where I worked specifically with those people affected by self-harm or suicidal thoughts / ideation. However, in addition to this work I have also worked with issues such as bullying, sexual orientation, depression, anxiety, bereavement, relationship issues, abuse or post Northern Ireland conflict prisoners affected by PTSD to name but a few.

I have worked extensively on anti-sectarianism projects with young people using various counselling approaches in groups to help change their negative thinking about each other and encourage them to look at the similarities instead of the very minimal differences.

I moved to Scotland in 2012 where I have worked with a national charity, the local authority and I am founder / CEO of local charity aspiring to reduce waiting times for counselling for young people in the local area and provide them with support when they need it most.

Flexible availability based on needs

In Scotland, criminal records checks are carried out by Disclosure Scotland. Professionals working with children or vulnerable adults must join the Protecting Vulnerable Groups (PVG) Scheme. You can learn more at mygov.scot , or contact this professional directly.