Existential therapy is a unique form of psychotherapy that looks to explore difficulties from a philosophical perspective. Focusing on the human condition as a whole, existential therapy highlights our capacities and encourages us to take responsibility for our successes.

Emotional and psychological difficulties are viewed as an inner conflict caused by an individual's confrontation with the givens of existence. Rather than delve into the past, the existential approach looks at the here and now, exploring the human condition as a whole and what it means for an individual.

What is existential therapy?

What is the main focus of existential therapy?

In essence, existential therapy focuses on the anxiety that occurs when you confront the conflict that is an inherent part of life. A therapist can help you to focus on personal responsibility for making decisions, and may integrate humanistic approaches and techniques.

The history of existential therapy

The roots of existential psychotherapy lie in philosophy from the 1800s, and more importantly with philosophers whose work dealt with human existence. The philosophers most commonly associated with existential therapy are Søren Kierkegaard and Friedrich Nietzsche. While the two influential thinkers were in conflict regarding the ideologies of their time, they were committed to the exploration of reality and how it was experienced.

Kierkegaard theorised that human discontent could only be overcome via internal wisdom, while Nietzsche introduced the idea of free will and personal responsibility. By the 1900s, philosophers like Sartre and Heidegger had begun exploring the role interpretation and investigation had in the healing process.

Over the next few decades, other contemporaries began to acknowledge the importance of 'experiencing' in terms of achieving psychological well-being.

Existential counselling takes directly from existential philosophy. The broad tenets of existentialism can include uncertainty, an awareness of the absence of defined structure in life but with an acknowledgement of personal accountability and responsibility.

How does existential therapy work?

A key element of existential counselling is that it does not place emphasis on past events like some other therapy types. The approach does take the past into consideration and together, the therapist and individual can understand the implications of past events.

Instead of putting blame on events from the past, however, existential counselling uses them as insight, becoming a tool to promote freedom and assertiveness. Coming to the realisation that you are not defined by your history and that you are not destined to have a certain future is often a breakthrough that offers liberation.

Practitioners of existential therapy say that its role is to help facilitate an individual's own encounter with themselves and to work alongside them as they explore values, assumptions and ideals. An existential therapist will avoid any form of judgement and instead help the individual speak from their own perspective.

A belief that lies at the heart of existential counselling is that even though humans are essentially alone in the world, they long to be connected with others. This belief can help to explain why certain concerns appear and may help the individual understand why they feel the way they do sometimes.

Another interesting theory is that inner conflict stems from an individual's confrontation with the givens of existence. These givens were noted by influential psychotherapist Irvin D. Yalom, and include:

They say the only certainties in life are death and taxes. Certainly, we are all guaranteed to die. This can provoke intense anxiety in us, or an avoidance of the topic altogether, consciously or otherwise. Yet to face our death anxiety when necessary, to work through it, and to come to terms with the fact of our eventual demise can be extremely liberating.

- Read more on the givens from counsellor Mary-Claire Wilson.

These four givens (also known as 'ultimate concerns') are the cornerstones of existential psychotherapy. Once the issue has been conceptualised by the therapist, a method of treatment can be developed.

Due to the all-encompassing nature of existential therapy, it is near impossible to identify one single cause for psychological upset. The therapy instead treats each person as an individual, exploring their experience and relating it to the experience of all humankind.

Within existential psychotherapy, there is a description of four different levels of experience and existence with which people are inevitably confronted. These can often help individuals understand the context of their concerns. It is believed that a person's orientation towards the world and the four realms define their reality. There are various names for the four realms within existential therapy, however, the following are perhaps the best-known:

This world or realm is centred around physicality. It is the world we share with animals, the world of bodily needs. It is the world that stores desire, relief, sleep/wake cycles and nature. Birth, death and physical feelings/symptoms are also part of this realm.

Within the social realm lies everything to do with relationships. Culture, society and language are here as well as work, attitudes towards authority, race and family. Emotions, friendships and romantic relationships are also part of the social world.

The personal realm is concerned with issues of the self. This includes intimacy (with self and others), identity, personal characteristics and overall sense of self. Personal strengths and weaknesses are also important as well as the question of being authentic.

The final realm is considered our 'ideal' world. Included within it are religion, values, beliefs and transformation. This is the dimension where we make sense of our lives and is considered the realm of transcendence.

What processes do existential therapists use?

Instead of focusing on the past, therapists that practice existential psychotherapy work together with you to understand the implications of past choices, as well as the beliefs that led to those taking place, as a way to work towards creating stronger insight into the self.

Rather than dwelling on the past, existential therapists use the past as a tool that promotes freedom and a newfound assertiveness. Through the realisation that you are not destined for a single, specific purpose, you can feel release and begin existing fully in the moment.

Is existential therapy effective, and how can it help?

One of the primary aims of existential therapy is to help people face anxieties of life and to embrace the freedom of choice humans have, taking full responsibility for these choices as they do so. Existential therapists look to help individuals live more authentically and to be less concerned with superficiality. They also encourage clients to take ownership of their lives, to find meaning and to live fully in the present.

Individuals who are interested in self-examination and who view their concerns as issues of living rather than symptoms of a psychiatric illness are more likely to benefit from this approach. Existential therapy is also well suited to those facing issues of existence, for example, those with a terminal illness, those contemplating suicide, or even those going through a transition in their life.

Other issues that existential psychotherapy can help with include depression, post-traumatic stress disorder (PTSD), and substance dependence.

Through working with a qualified, experienced existential psychotherapist, in addition to treating specific mental health issues, you may benefit from a heightened sense of self-awareness, self-understanding, self-motivation, and self-respect.

Search for a counsellor
Share this page with a friend 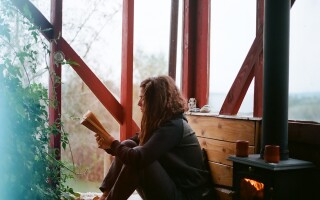 How reading and writing books can help you to heal

I love books. I always have. They allow me to escape, time travel, and exist in different bodies. They also...

Clients and counselling – An existential approach

When the client and counsellor meet for the first time, some therapists may offer thoughts on different... 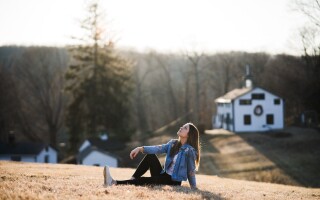 Evidence-based guidance for walking through a storm of troubles

In the present distressing uncertainties, we are all trying to make difficult decisions about what to do to...