Bipolar disorder (previously known as manic depression) is a mental health condition characterised by dramatic shifts in mood, energy, behaviour and thinking. People with bipolar disorder will experience contrasting episodes of intense highs and lows - mania and depression. These cycles are unlike ordinary mood swings. They can last for days, weeks and even months, and are capable of affecting a sufferer's health, relationships, day-to-day living and overall quality of life.

Bipolar disorder is a long-term illness that can make it difficult for sufferers to regulate their mood. Symptoms of bipolar disorder (manic and depressive episodes) can often overwhelm a person's functioning, and may even influence them to behave in ways that are beyond their true nature. Despite this, many people don’t recognise the warning signs of bipolar disorder and may miss out on getting the help they need.

Working with an experienced therapist can help people with bipolar disorder to better understand the nature of their illness and recognise the triggers of their manic or depressive episodes. Cognitive behavioural therapy (CBT) is a popular approach as it is designed to help individuals change negative thought patterns and learn new coping skills. Family therapy is another approach often used in bipolar treatment as it helps to improve communication between family members and the person living with the condition.

The term 'bipolar' means two poles, and this specifies the two extreme opposite moods - mania and depression - that characterise the disorder. These moods will surface as episodes, which vary according to the symptoms that occur and patterns of mood changes. Sometimes symptoms of mania and depression can overlap, creating a completely different face of bipolar disorder.

The manic phase of bipolar disorder is ultimately an acute sense of optimism, confidence and energy, and episodes can last from two weeks to four or five months. Although increased confidence and creativity may seem a positive experience to people with bipolar disorder, often these emotions are so intense that they will impair judgement and thinking. Overestimating how much they can do can lead some people to carry out reckless behaviour - making bad decisions, acting aggressively and possibly even putting themselves in danger of serious harm. In some cases, people will develop symptoms of psychosis (a delusional state in which they may hear voices and become convinced of things that are not true).

The depressive phase of bipolar disorder tends to be worse than mild forms of depression - especially as episodes will last longer (on average around six months). People will find it very difficult to deal with life in an effective way and may end up staying in bed all day feeling unable to face the world. Just as in a manic episode, depressive phases of bipolar disorder may involve symptoms of psychosis.

Some people with bipolar disorder may have periods where they have a mixture of symptoms, meaning they will alternate quickly from a state of mania to depression and back again, usually within a few hours. This can lead to irritability, hostility and aggression, and in severe cases intervention may be needed to ensure their safety, and the safety of those around them.

This is a less severe form of mania in which common symptoms of euphoria and hyperactivity will not affect how people function in their day-to-day lives. Despite this, a period of hypomania can quickly spiral out of control and may cause disruption to relationships, careers and reputations. There is also the possibility that hypomania will escalate to mania, or may be followed by a chronic depressive episode.

Who gets bipolar disorder?

Bipolar disorder is common, affecting around one in 100 people.

It can occur at any age but typically develops between the ages of 18 and 24. Men and women from all backgrounds are equally affected, but the pattern of mood swings and the type of bipolar disorder will vary from person to person. This means that while some people have only had a couple of bipolar episodes in their lifetime, others may have frequent episodes and will rarely experience emotional stability.

A condition of extremes, bipolar disorder can be unpredictable in nature. It can surface in the form of regular ups and downs throughout a person's life, or it can be much more severe - occurring frequently and much more intensely.

'Rapid cycling', for example, refers to a type of bipolar disorder in which someone has four or more episodes of manic, depressive, hypomania or mixed episodes a year. They may swing from high to low moods quite quickly and are unlikely to experience a period of normal mood in between. This can make it very hard for sufferers to hold down a job or enjoy healthy relationships. Often, many will not be aware that a manic episode has surfaced and thus are likely to consider other people as negative or unhelpful if they express concern.

A less severe pattern of bipolar disorder is Cyclothymic disorder. This is where an individual will have short periods of mild depression and short periods of hypomania. Symptoms will be fewer and will not have such a significant impact on a sufferer's day-to-day life.

Symptoms of bipolar disorder will differ according to the type of episode someone is experiencing. A manic episode or depressive episode is typically diagnosed if three or more of the mood symptoms below occur nearly every day for at least a week.

Common symptoms of a manic episode:

Symptoms of a depressive episode:

In rare cases, episodes of bipolar disorder can become so severe that people may start to develop symptoms of psychosis, which characterise an increasing loss of touch with reality. These include delusions (believing in things that seem irrational to other people) and hallucinations (unusual sensations, such as hearing or seeing things that are not there).

In a manic psychotic episode, sufferers may show signs of unrealistic, grandiose thoughts about their abilities and powers. In contrast, psychotic depression tends to involve people feeling intense failure, guilt and worthlessness. Hallucinations are commonly voices that reinforce these feelings.

Symptoms of a mixed bipolar episode

If someone is experiencing a mixed bipolar episode, their symptoms will reflect both mania or hypomania and depression. This combination of high energy and low mood will typically involve agitation, irritability, racing thoughts and anxiety. People with bipolar disorder experiencing these symptoms tend to be more vulnerable to thoughts of death and suicide.

Currently, the exact causes of bipolar disorder are unknown, but it is thought a combination of factors can trigger an episode and make a person more prone to developing the condition. These are a complex mix of biological, social and environmental factors.

How is bipolar disorder diagnosed?

In many cases, people with bipolar disorder will be unaware that they have the condition. Therefore it tends to be friends, family and/or colleagues who will pick up on any extreme highs and lows - and that a person is not acting their normal self.

If your loved ones express concern, you should consider making an appointment with your doctor as soon as possible. If left untreated, bipolar disorder can worsen and may lead to complications within your relationships, your career, and your health.

Bipolar disorder is often misdiagnosed, as many people will visit their doctor to seek help for what they consider to be depression. Depression is a common illness and there is a great deal of awareness regarding symptoms, yet there is very little regarding mania or hypomania. As a result, people with bipolar disorder may not recognise that in the past they have experienced symptoms of mania or hypomania. Alternatively, at the time of visiting the doctor, they may not have had any episodes of such feelings.

To ensure the right diagnosis, your doctor will assess your behaviour and check for typical symptoms of bipolar disorder. They may also ask you to complete a set of questions about your mood, such as how you feel leading up to and during an episode of mania or depression. Your family history might also be looked at to see if there is a genetic possibility you might have the condition. If your doctor suspects you do have bipolar disorder they will usually refer you to a mental health professional who will confirm the diagnosis and recommend treatment to help you get your life back on track and your symptoms under control.

The GP I saw was fantastic. He actively listened to my experiences and sent me for a psychiatric assessment where I was diagnosed with bipolar disorder.

Due to the chronic nature of the condition, bipolar disorder normally requires long-term treatment to prevent relapses. Treatment is designed to help people feel in control of their illness - keeping symptoms at bay and preventing new episodes from occurring. Typically, medication such as mood stabilisers will be prescribed, but the most effective treatment for bipolar disorder is considered to be a combination of therapy, lifestyle changes, medication and social support.

Although qualified counsellors and psychotherapists do not have to have a specific level of training to treat bipolar disorder, it can be reassuring to know they have experience working in this area.

Professionals best equipped to deal with bipolar disorder will have accredited qualifications in one or more of the following therapies recommended by The National Institute for Health and Care Excellence (NICE):

While you browse counsellors, don't hesitate to send email enquiries asking for details of their experience with past bipolar clients. Their response should give you a feel for whether they are the right professional for you. We need to reveal the truth behind the myths and stereotypes surrounding bipolar disorder. 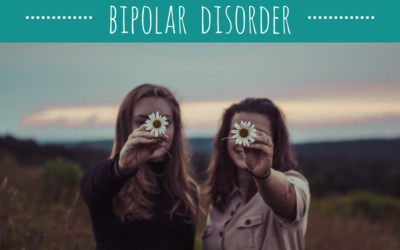 How to support a friend with bipolar disorder

We look at ways you can be there for your friend, especially when they’re struggling.