Learning to cope with daily life with bipolar disorder

Since my teenage years, I felt there was something not quite right with me. It wasn’t until I was diagnosed with bipolar disorder that many of my actions and behaviours made sense. Bipolar disorder is characterised by extreme mood swings and is a severe and life-altering condition.

At 14, I first became depressed. I refused to go to school and would lock myself in the bathroom and threaten to hurt myself if I was made to go. I didn’t understand at the time what was happening to me, I just knew I felt distraught at the idea of leaving my bedroom. In the weeks before this, I had become increasingly withdrawn and quiet, nothing like my usual bubbly self. In the end, I missed six months of school.

I managed to see a psychologist during this time. Our sessions made me realise that I had been bottling up my feelings and I learnt to be more open and honest with family and friends.

Upon my return to school, with much determination, I passed all of my GCSE’s and was offered a place in the sixth form. But, as I neared my late teens, studying my A-levels and then moving on to university, people began to notice a dramatic change in me. It was like my personality had completely altered.

I spoke constantly, with pressured speech, I was quick to anger and would have tantrums if the slightest thing went wrong. I was hyperactive and always full of energy. What no one realised at the time was that I was suffering from my first manic episode.

When I arrived at university, my behaviour began to spiral out of control. I barely slept or ate and I began to have auditory hallucinations (hearing voices) that compelled me to push myself to my limits. The inevitable happened and my mood came crashing down. Far away from the support of my family and severely depressed, I again hid from the world, rarely leaving my room in halls. I eventually realised that I needed support and left university, returning home to my family.

Over the next eight years, my life continued to stumble and stutter. I managed to gain childcare qualifications and worked in day nurseries, and then moved on to be a family worker in children’s centres for the local council.

Although I was proud that I had found a career and I was good at what I did, my mental health continued to suffer. I never felt stable, with either my mind sharply focused and running at full speed constantly, or my mind was slow and sluggish and feeling desperately depressed.

I went to see countless doctors, but my depression would always return. I would feel emotionally and physically exhausted as my moods tussled for dominance. I had numerous blood tests to rule out anything physical, but they always came back negative. I never thought to see a doctor when I was manic, and why would I? During mania, I feel invincible and full of confidence. Even when it turns nasty, and I start to put myself in dangerous situations and become paranoid and angry, I don’t see there is a problem.

Each relationship I had suffered, as partners found it difficult to be around me; they never knew which Katie they were going to be greeted with.

At 26 (what I now know was a prolonged and intense period of mania), I suffered the worst bout of depression I had ever experienced. I felt paralysed and almost constantly suicidal. After months of feeling like a lost cause, with no one giving me a definitive answer to what was wrong with me, I made an appointment at my new doctor’s surgery.

The GP I saw was fantastic. He actively listened to my experiences and sent me for a psychiatric assessment, where I was diagnosed with bipolar disorder. I was in shock when I received the diagnosis. After so many years of doubting myself and feeling that I was intrinsically flawed, I finally had an answer. 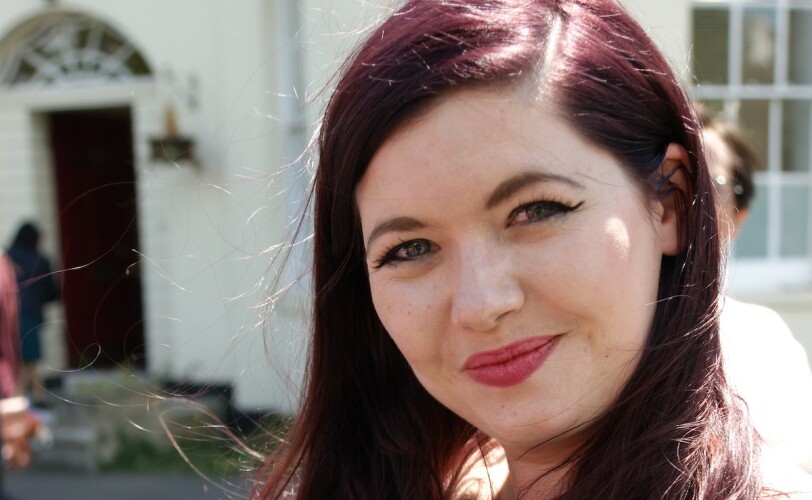 It has taken me years to find the right combination of medication. However, I have learnt that managing the condition is much more than just taking medication. I have realised what my triggers are for a depressive or manic episode; stress, a lack of sleep and too much alcohol all contribute to worsening the disorder.

I often have to be strict with myself and go to bed at a reasonable time, because even two days with little sleep can trigger a manic episode for me. I have managed to identify warning signs of an episode, so that I can take action before I become too ill. Whether that’s seeing my psychiatrist or simply making my partner and family aware of how I’m feeling.

I find sketching and writing to be therapeutic, and draw my attention away from any negative thoughts I’m having. I started a blog, Stumbling Mind, to help me cope with daily life with bipolar disorder, and hopefully raise awareness of the condition. This has led to opportunities to write for the Huffington Post, BBC, Mind, Time to Change and other mental health charities. Two years ago I married my long-term boyfriend, who has been there for me through some of the most difficult times in my life. I’m so proud to say he’s my husband.

I am in no way cured and it takes hard work and determination to manage bipolar disorder. I still have times when even after my best efforts, I still become ill. I am lucky that I have an amazing support network, with my understanding husband, close family and friends all willing to help when I need it.

To read more of Katie’s story, visit her blog.