Stay safe: Read how to cover your tracks online and browse the Internet privately.

Sexual abuse or sexual violence describes any type of sexual activity that is unwanted. There are many different types of abuse, including rape, child sexual abuse, female genital mutilation, and sexual exploitation. On this page, we will look at how being abused in this way can make you feel, the power of talking, and how to look after your mental health, including how counselling can support you.

What is sexual abuse?

Sexual abuse happens when someone is forced or pressured into taking part in any type of sexual activity. This includes being forced to have sex (rape), being sent sexual messages/images against your will (sexting) or being touched in a sexual way without your permission (sexual assault).

This type of abuse can also involve being forced to have sex with someone in return for money (sexual exploitation), being bullied in a sexual way (sexual harassment) or being forced to take part in ritual abuse (female genital mutilation).

Sexual abuse can happen online as well as offline, and it can happen within families and intimate relationships. In fact, it's thought that most victims and perpetrators know one another.

In this video, Kitt Murphy (MBACP, CSB) explains the impacts of sexual abuse, the benefits of working with a therapist, and how to find the right counsellor for you.

Giving consent means giving permission to someone. Sexual abuse takes place when consent is not given. According to the law, a person consents to sexual activity if they:

What you were doing, how you were dressed, and whether or not you were under the influence of drugs/alcohol does not matter - if you did not give consent or did not have the capacity to, you were abused. And this is not your fault.

How being sexually abused can make you feel

Sexual abuse is a crime that may have a lasting impact on you. The effects can be emotional, psychological, as well as physical. It can lead to a number of different emotions, and there is no right or wrong way to feel.

You may experience some (or all) of the following:

Sex and relationships after sexual abuse

Sexual abuse or violence can have a profound effect on a survivor’s attitude towards intimate relationships and sex. You may find that you have become very conflicted after the event. It is normal for your attitude towards sexual encounters to turn one of two ways:

It’s important to recognise that your attitude towards sex following abuse is not bad or immoral. You may have a lot of inner hurt that is implicating your thoughts and behaviours toward sex. But recovery and healing are possible, and you won’t feel this way forever.

In his article, Rebuilding your sexual self after sexual abuse, psychotherapist Jeremy Sachs (BA Hons, Dip.Couns) explores the impact of sexual abuse on a person's sexuality and sex drive.

Pregnancy and birth can be a particularly tricky time for sexual assault and abuse survivors. This is a time when women are usually expected to be full of joy and anticipation, however, survivors can find they experience painful and difficult feelings related to the assaults and abuse. Counsellor Jo Baker shares her advice for expectant mothers, following assault or abuse.

The power of talking

Many people find rape and other forms of sexual abuse difficult to talk about. It’s a dark subject that we, as a society, can shy away from. Shying away from subjects like this, however, only contributes to myths and misinformation about sexual abuse. It can also make survivors of sexual abuse worried about speaking up.

We’re big believers in the power of talking - whether it’s with a friend or family member, with a support group or with a professional. The more we talk about what’s happening, and the more we spread messages of support and awareness, the more we can fight against this. By doing this, we can also encourage survivors to talk about what happened to them.

Remember, sexual abuse can happen to anyone, at any stage of their lives. No one ever deserves it or ‘asks for it’. If you’ve experienced sexual violence, you may feel very alone but there are thousands of people who have gone through similar experiences and there is a huge amount of support out there. The most important thing is to speak up and not to suffer in silence.

Find the right therapist for you

It’s understandable for your mental health to be affected if you are a survivor of sexual abuse. It is a traumatising experience that often requires support to come to terms with.

This is where talking to a qualified counsellor about abuse you've experienced can be really helpful. It can also feel quite daunting and difficult, especially if you've never spoken about it before. Your therapist will be aware of this and will go at the pace that is right for you.

Counsellors who help survivors are trained to help with the psychological effects of sexual violence. This may include low confidence levels, anxiety, depression or post-traumatic stress disorder (PTSD).

I still battle with PTSD but am able to cope much better since I started counselling. I'm able to finally start to put down the guilt, shame and self-blame that has haunted me for years.

- Sue shares how counselling has helped her to deal with her abusive past.

You can speak to a counsellor at any time - even if you experienced sexual abuse many years ago. Some people live with the effects of an event that happened in their childhood, especially if they didn’t (or couldn’t) seek support when it happened. Talking about these effects with a professional can help you process past emotions.

Initially, your therapist will work with you to establish a feeling of safety in your sessions. They may incorporate body awareness techniques into sessions, including grounding exercises or working with your breath.

A therapist will not make you say anything you don't want to. The work done in counselling is more focused on helping you to understand how the abuse impacts you now and learning how to cope with and reduce symptoms. So, it is also not necessary for you to remember or disclose what happened to you.

In the UK, it's estimated that one in 20 children has been sexually abused. Understandably, this can have a huge impact on the child’s mental health and well-being. To find out more about child sexual abuse, including keeping your child safe and getting support, we recommend visiting dedicated support networks like the NSPCC and Childline.

The truth of the situation is that the child is never to blame. No matter what the child does or says, it is the adult who is in the position of power and responsibility and knows such behaviour is unacceptable.

What are the signs of sexual abuse in children?

Knowing the signs of sexual abuse can help to give children a voice. Any child is at risk, though children who are more vulnerable to sexual abuse are those with disabilities (the child may not understand that what is happening to them is abuse, or might not be able to tell someone), and children who are experiencing neglect or other forms of abuse.

Signs that a child is being sexually abused may include:

Most children who have been sexually abused were abused by somebody they know. The abuse could be a one-off sexually abusive act, or the perpetrator could build a relationship with the child.

While it’s not as commonly reported on, sexual abuse happens to men, too. Unfortunately, many men find it difficult to talk about and may worry that they aren’t going to be believed or that they don’t deserve support. This is not true.

Everyone’s experience is so unique, but I would encourage all boys and men to talk more. Don’t man up – speak up.

- Phil speaks up for other boys and men who’ve been abused.

If you’ve been abused, reach out. If you’re not ready to talk to someone you know, you can speak to a qualified counsellor. There are also resources and support groups online that are set up specifically to help male survivors of sex abuse, including:

What to do if you’ve just been abused

If you’ve just been sexually abused, try to remember that it is not your fault and that you are not alone. The Rape Crisis website has some advice about what to do immediately after being abused, including how to report it to the police. 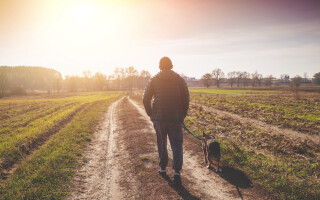