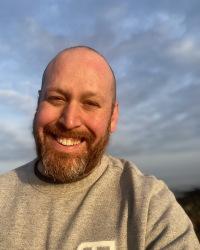 I am an experienced Cognitive Behavioural Psychotherapist offering short-term and long-term therapy to individuals with mild to complex difficulties. I have provided therapeutic support to adults for a wide range of psychological issues including anxiety, depression, OCD, Psychosis, PTSD and have specialised in eating disorders, self harm and substance misuse.

I help clients work through emotional issues, providing an environment where you can feel safe to express yourself without fear of being judged. I believe the process is about telling ‘your story’ and us then working collaboratively towards changes that you would like to make in your life

So Why Have Therapy Anyway?

At some point in life, most of us experience emotional difficulties that can feel unmanageable, confusing or overwhelming. At these times, we can feel very alone and isolated with our worries. When people have problems or are distressed, it helps to talk about it, and therapists are specially trained to listen and understand distress. Evidence shows psychological therapies do help.

The first steps in deciding if you want to see someone can be daunting. It’s important that you feel a therapist is going to be a good fit for you as this is in many ways the most important part of therapy, the relationship. Because of this please get in touch if you'd like to hear more about any aspect of what our sessions will be like, hear what I sound like and whether you have a sense of being able to work with me without any obligation to commit. Alternatively you could email me with any questions and I would be more than happy to respond.

I have been working in the field of psychological support and intervention with a range of client groups since 1996. My current clinical work in both NHS and independent sectors involves working with adults suffering a range of complex mental health difficulties such as post-traumatic stress, eating disorders, personality disorder, anxiety, depression, suicidality, Obsessive Compulsive Disorder and self-harm.

After 15 years of working in various fields (predominantly addictions) I decided to focus on delivering more focused therapy and began the COSCA Certificate in counselling skills at StevensonCollege in Edinburgh in March 2008. I was clear at this point that gaining knowledge in a therapeutic approach would begin to structure my work more clearly and stay within the evidence base.

After my experience of the COSCA certificate I decided to advance my studies and gained a place on SCOTACS Diploma in Counselling and groupwork – A CBT approach in September 2009.

Shortly after completing my SCOTACS Diploma in CBT Counselling and Groupwork at the Centre of Therapy, Glasgow in July 2011 I secured the role of Psychotherapist within a specialist outpatient service for Eating Disorders within NHS Lothian. As a Psychotherapist there I offered individual therapy, group work, dietetic interventions and medical/psychiatric care to patients with Eating Disorders within a service that provided outpatient psychological intervention and therapy for patients with eating disorders.

From April 2014 I worked in Psychiatry Rehabilitation. The service works with individuals who experience multiple disadvantages in many aspects of their lives. They frequently have treatment resistant illnesses, largely psychosis and personality disorders, and have had adverse early life experiences and have been unable to engage successfully in health and social services. I work individually and with groups within inpatient, outpatient and community as well as supervision of staff and their clinical practice.

In 2015 I moved to work within an IAPT service as a High Intensity therapist for mild to moderate anxiety and depression.

As I am also trained in Dialectical Behaviour Therapy, a treatment for suicidal behaviours and Borderline Personality Disorder with an ever increasing evidence base.

The BABCP is the lead organisation for Cognitive Behavioural Therapy in the UK.

Membership is open to anyone with an interest in the practice, theory or development of CBT. BABCP also provides accreditation for CBT therapists.

BABCP accredited members adhere to the Standards of Conduct, Performance and Ethics in the Practice of Behavioural and Cognitive Psychotherapies, and are willing to be scrutinised in this adherence as required.

If you have skype installed you can click to call Tony Carelli.

Email me Save profile Saved