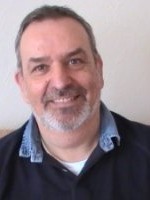 I am an experienced psychotherapist working essentially with Cognitive Behavioural Therapy -CBT, Acceptance and Commitment Therapy -ACT models and interventions to support and facilitate clients's recovery from a wide range of emotional and behavioural difficulties. I have also had twenty years experience of working with addictions (alcohol and drugs misuse, compulsive gambling).

Summary:
I have worked as a psychotherapist since 1994. I worked in Portugal, Republic of Ireland and since 2005 in England (Liverpool and Wirral areas). I have got a background and robust experience of  twenty years of work as addictions therapist. During that time I developed experience and understanding of a variety of psychotherapeutic models such as Cognitive Behavioural, Family Systems, and Abstinence Based models such as Twelve Steps and Social Support. Over the last ten years I have further developed knowledge, skills and understanding of Cognitive Behavioural Therapy and Acceptance and Commitment Therapy models and interventions which constitute the core of my current psychotherapeutic approach. I am a Cognitive Behavioural Psychotherapist with full accreditation by the BABCP (British Association for the Behavioural and Cognitive Psychotherapies).

The BABCP is the lead organisation for Cognitive Behavioural Therapy in the UK.

Membership is open to anyone with an interest in the practice, theory or development of CBT. BABCP also provides accreditation for CBT therapists.

BABCP accredited members adhere to the Standards of Conduct, Performance and Ethics in the Practice of Behavioural and Cognitive Psychotherapies, and are willing to be scrutinised in this adherence as required.

Monday to Friday -- all day and evenings.