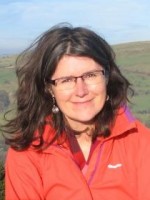 I offer counselling in a traditional setting with adults, young adults and children and 'Walk and Talk' therapy in the High Peak and Cheshire countryside.

I offer a warm, confidential, safe space in which you are free to explore your thoughts and feelings.
Being able to talk in confidence to someone who will not judge you and who will help you to find your way forward can enable you to unravel emotions that may have become overwhelming.

Counselling is designed to support people who want to make changes in their lives. People access counselling for a wide range of reasons. My aim is to support you in understanding and resolving those past or present difficulties where they are impacting negatively on your day to day living. Counselling offers a physical and psychological space to reflect on circumstances and develop the ability to move on by making more effective choices.

I am an integrative counsellor but use a person centred approach which means establishing a relationship with you, building trust, and supporting you in your journey to finding your own solutions that you can take away with you.

Our first session together is offered at a reduced rate. This session gives us an opportunity to explore how we might work together and whether I am the right counsellor for you.

I am a Member of BACP and work to their ethics, meaning that my practise is responsible and accountable.

I work from Riverside Wellbeing, a therapeutic collective in Whaley Bridge, Derbyshire. There is free parking nearby and the office is 5 minutes walk from Whaley Bridge train station. The office is accessible for those with limited mobility.

I offer online counselling via Zoom.

I also offer counselling via telephone.

Some people find the thought of face to face counselling indoors, in a relatively confined space, a daunting or overwhelming prospect.  Others may have tried counselling in conventional environments but found it uncomfortable or wished for a less intensive approach. If this resonates with you then Walk and Talk sessions may be a helpful alternative.

The natural environment can provide a space to allow you to think more freely, to engage your senses and to explore your feelings. Many people find that the tranquility of the countryside can induce a meditative/reflective mood which supports emotional awareness. Exercise can also help people become "unstuck" when confronting difficult issues and it can spur creative, deeper ways of thinking.

I offer a choice of easy or moderate walks on flat or undulating terrain. All walks offer a mix of public footpaths, bridleways, open countryside and quiet country lanes as well as ones more suitable for times when the weather conditions are less favourable. You will not need to be 'super fit' or even very outdoors orientated to benefit from this setting for your counselling.

Sessions will run in most weather conditions but if too severe the session will take place indoors in Whaley Bridge, SK23.

Our initial consultation together will take place in a counselling room or via Zoom or telephone so we can discuss the differences of working outdoors, considering together things like where we meet, how we manage the time, the weather and the pace etc.

Walk and Talk can be conducted in a socially distanced manner so can be an effective way of safely working together. Please don't hesitate to give me a call if you want to discuss how it could work for you.

I can offer a calm, safe environment. Through talking, creative work and play I aim to provide children with the opportunity to be heard and to express their feelings.
Most importantly a therapeutic relationship is built up and I build this by engaging with children through the medium of play.

I am currently working as school counsellor in two primary schools and here my aim is to establish a strong relationship with the child so that they feel secure enough to share worries and concerns when they are ready to do so.
Once trust is established I seek to build the emotional resilience of the child.

Fundamentally, in my work with children, my therapeutic approach is informed by attachment theory which emphasises the crucial developmental significance of the relationships and experiences of early childhood.

I qualified with a Diploma in Therapeutic Counselling in 2013 and since qualification have been working in three areas;

In my own private practice.

I receive professional supervision and attend training courses to enhance and support my practice.

Below are some of the training courses that I have completed in addition to my counsellor training:

The ageing process. An exploration of the Ageing Self Manchester Gestalt Centre October 2016

Working with young people in the LGBT community - BACP April 2017

Working with young people who self harm - BACP May 2017

A Disorder for Everyone: Exploring the culture of psychiatric diagnosis, creating change. December 2017

Loss: What does life mean for me now? BACP October 2018

Culture and Identity in Counselling: Working as a Cross-Cultural Counsellor  - Counselling NW November 2019

Working with Trauma That Has Become Stuck - Carolyn Spring - May 2020

A first appointment is offered at a reduced rate and is an opportunity for us to explore, with no obligation, how it would be to work together.

Walk and Talk sessions are £40 per hour.

Online and telephone sessions are £40 per hour.

I can offer a concessionary rate for counselling students in training and for those in receipt of benefits.