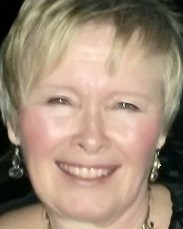 I have been counselling for over 20 twenty years and I am an accredited and registered member of the British Association of Counselling and Psychotherapy.

Life, living and dying present many challenges to us as individuals and families throughout our lifetime. Through counselling we can receive professional support to help us understand, manage and change if necessary, our thoughts feelings and behaviours.

As an Integrative counsellor I engage with my clients in an environment where they can reflect on their concerns and issues without fear of judgement. We are all unique and I appreciate and relate to my clients and their life experiences as individuals.  I am respectful, empathic and genuine and work with my clients to develop a trusting relationship which provides a safe space to share, reflect and process what causes the concern, confusion and emotional distress or hurt.  My way of being, my training and my experience can help you to understand yourself more clearly and compassionately and if desired make changes that allow you to live and experience your life and relationships with less distress and more fulfilment.

My Professional Background and Experience:

As an accredited and registered member of BACP, I adhere to their Ethical Framework, Code of Practice and requirements for their professional register, to ensure I work safely and professionally with each individual client.

Most of my counselling experience has been working as student counsellor in Further and Higher Education with students from adolescence to adults dealing with a diverse and sometimes complex range of  issues including  Anxiety, Depression, Stress, Bereavement / Loss, Relationship Problems, Eating Disorders and Sexual Orientation, sexual abuse and behavioural disorders.

I also worked with an addiction agency, counselling clients who  had a dependency on alcohol and prescribed medication.

Throughout my Counselling Career I spent almost twenty years training and mentoring trainee counsellors from level 2 through to foundation degree level and for 7 years was a Course Director for the University of Ulster Foundation Degree in Counselling.

My core training and practice is in Integrative Therapy, however I have experience in a range of approaches and all my work is supported with Continuous Professional and Personal Development and Training.

What to expect from counselling with me:

2012    The Impact of Family and Alcohol Abuse on Self Harm

‘Identity: can you tell me who I am?’

I have attended a variety of conferences covering a variety of issues including Suicide and Suicide prevention, Child and Vulnerable Adult Protection/ Safeguarding Training, Working with Depression.

I have a sliding scale of fees.

Supervision of Counsellors - £40 per hour.

I have flexible working hours which can be negotiated day or evening.

I have availability for online/ZOOM clients during pandemic.