Depression is a mental health disorder that affects mood, thoughts and the body. It is associated with a feeling of great sadness and despair. People experience a loss of pleasure, even for activities that they once enjoyed. Decision-making abilities may be impaired or affected by sleep and eating disorders. Self-esteem is diminished with a tendency to undervalue one's own worth. 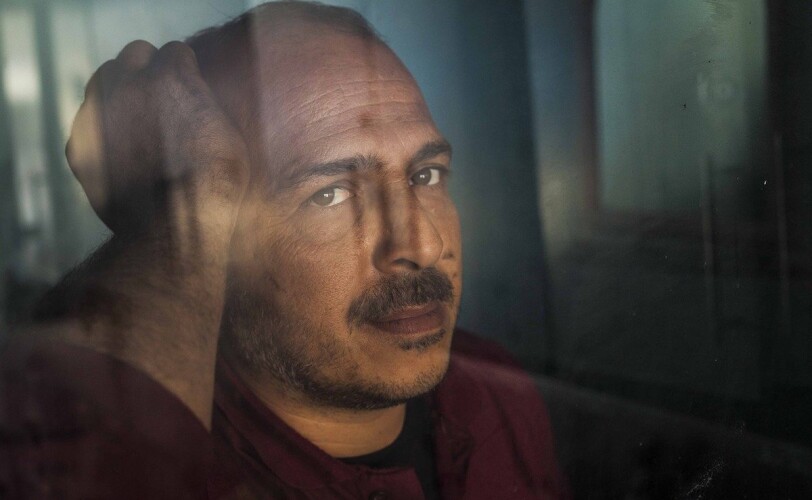 Depression usually occurs in the form of depressive periods that can last weeks, months or even years. Depending on the intensity of the symptoms, the depression will be described as mild, moderate or major.

When depression sets in over time, we talk about chronic depression.

Bipolar disorders are specific disorders that alternate phases of depression and overexcitation phases.

Depression can appear with other disorders:

The highest suicide rate in the UK was for men aged 45-49, and men account for three-quarters of recorded suicides. Suicidal ideations are one of the signs of depression. Even though most people with suicidal ideation do not make an attempt, it is a warning sign. Depressed people think of suicide as a way to stop suffering.

Who can be affected by depression?

Depression is one of the most common mental health issues. Depression can occur at any age, including childhood, but it appears for the first time most often in late adolescence or early adulthood.

It is unclear what causes depression, but it is likely to be a mix of genetics, biology, the environment and lifestyle. Life events, loss of a loved one, divorce, illness, loss of a job, or trauma can trigger depression in those who are prone to the disease. In the weeks following the loss of a loved one, signs of depression are common, and this is part of the grieving process. However, if these signs of depression persist for more than a couple of months, or if they are very marked, consult a specialist. If you think someone you know or you have depression, I recommend that you seek help from a health professional.

It should be noted that events that are socially considered positive or innocuous can also lead to depression, such as seasonal depression due to lack of sunlight or post-partum depression. In 60% to 80% of women, a state of sadness, nervousness and anxiety manifests itself in the days after childbirth. We talk about baby blues that last between one day and 15 days. Usually, this negative mood disappears by itself. However, in one out of eight women, a real depression settles immediately or appears in the year following birth.

An unhealthy lifestyle (smoking, alcoholism, little physical activity, excessive use of television or video games etc.) and living conditions (precarious economic conditions, stress, social isolation) are likely to deeply harm the psychological state. For example, the build-up of stress at work can lead to burnout and, eventually, depression.

Is it depression or sadness?

The term depression is commonly used in everyday language to describe a state of sadness associated with the difficulties of life. With depression being characterised among other factors by a state of deep sadness, it is common to confuse the two psychological states.

Sadness is a normal emotion that everyone will experience at some point in their lives following a clearly identifiable event such as losing a job, ending a relationship, or bereavement. Over time and events, each of us experiences a range of feelings, from the saddest to the most optimistic. Sadness, discouragement and despair are human experiences that should not worry us too much if they are not lasting. Temporary sadness, even unexplained, does not prevent you from enjoying the activities that give you pleasure, such as sharing a meal with friends, playing with your children or practising your favourite sport.

If this sadness persists and invades all spheres of your life, then it can be the beginning of depression. A person with depression may have every reason to be happy, yet they have lost the ability to feel joy or pleasure. In sadness, you may feel regret or remorse for something you said or did, but you will not feel any long-term nor profound sense of worthlessness or guilt as you would with depression.

Finally, non-depressive sadness is not the cause of self-aggression and suicidal tendencies. Those who suffer from severe depression may have thoughts of self-mutilation, death or suicide, or have a suicide plan.

The DSM-5 (The Diagnostic and Statistical Manual of Mental Disorders used by clinicians and psychiatrists) outlines specific criteria to diagnose clinical depression. The individual must be experiencing five or more symptoms during the same two-week period and at least one of the symptoms should be either a depressed mood or loss of interest or pleasure.

To receive a diagnosis of depression, these symptoms must cause the individual clinically significant distress or impairment in social, occupational, or other important areas of functioning. The symptoms must also not be a result of substance abuse or another medical condition.

If you suffer from many of these symptoms, psychotherapy can help you get out of depression. It is especially important to consult a specialist if you have suicidal thoughts. If a loved one tells you about suicidal thoughts, advise him or her to call or call yourself a health professional to ask for help.

When to ask for help

Does depression prevent you from living, working, loving?

When the negative consequences of depression invade your life and become as difficult to bear as the symptoms of depression, it is time to ask for help.

If you feel isolated and that the feeling of being judged pushes you to retreat, even more, it is advisable to seek help from a psychotherapist. The person who suffers from depression often feels pretty judged. While it would not occur to anyone to question the struggle of someone suffering from a somatic condition, it is often considered that depression is caused by a lack of courage and will. The person who suffers from depression will often hear: “Get on with it, pull yourself together, make an effort”. Will alone is not enough to cure depression. Sometimes, the family feel so worried and want to help by pushing the person to resume activities. These attempts to motivate him or her are perceived by the depressed person as an attack and a reproach, which reinforces their feelings of guilt and helplessness.

If you think that financial or family problems arise from your depression, it is time to ask for help. Depression has consequences on all activities of everyday life: intellectual performance decreases, conflicts increase, and professional results are affected. Depressed people may lose their jobs during their illness. If the suffering is such that you use uncontrolled substances or legal or illicit means to calm you down (alcohol, tobacco, cannabis, drugs, food...), I strongly recommend that you contact a psychotherapist.

How does therapy work?

One of the aims of therapy is to help the client to rebuild his social references which he has gradually cut. With the help of the therapist, the client will reintroduce a daily routine and organise activities that expose them to others. For example, the therapist will discuss with the client groups or individual activities in accordance with the client's personality and situation. These activities should help regain pleasure and a rhythm of life favourable to the resuming of relationships with others.

The personal situation of the client is essential for the success of the treatment. A client supported by those around them will have a better chance of getting out of the depression quickly. Do not hesitate to ask for the help of your entourage. If your relatives feel lost and unable to help, your therapist can, with your agreement, advise them on the best way to support you.

Whatever the sources of your depression, it is important to take the time to find the therapist who will listen to you and adapt their methods to your situation. In a benevolent exchange with the psychotherapist, the client learns to express his suffering without feeling judged or diminished. With the support and understanding that the therapist brings, the patient will find their own way out of the depression. This is a progressive path that will require adjustments and on which the therapist will encourage you with patience and warmth.

If you feel depressed, or if you want to know how to help a depressed person, call the Samaritans on 116 123, your GP, or anyone you trust. Beginning to talk about your depression without being incapacitated by shame is what matters. It is a crucial first step.