Why do over half of our male population here in the UK either not know how to or feel they can’t ask for support? This is a question I have asked myself many times as a mother, a wife and in my role as a counsellor. 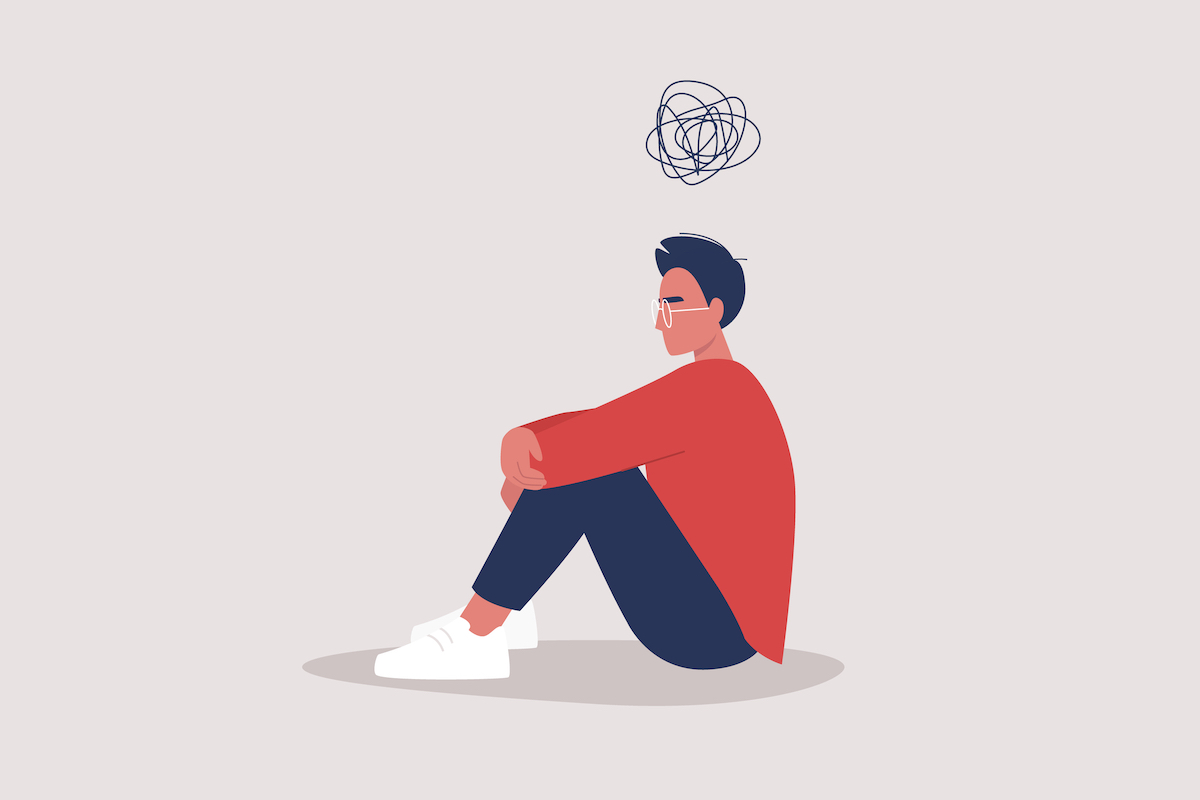 I have always worked with men during my career; when I was a junior in an office, when I worked in a car dealership, plus other roles, and now as a counsellor. I have witnessed men using avoidance techniques to limit emotional talk, ways such as humour, sarcasm, flirting, and changing the subject. You have probably come across this too, but not been aware.

Why do they do this? And why do we enable the behaviour instead of questioning or challenging?

In answer to the above, men behave this way as it is modelled to them by family and society at a young age. As for enabling the behaviour and not questioning, again, this is what is taught by family and society. For both of these things to change, we need to raise awareness about mental ill-health in general, especially in young boys, adolescent males and adult men.

Men really do have it hard when it comes to emotions, what with pressure, feeling judged, prejudiced thoughts, and old sayings such as ‘man-up’, ‘real men don’t cry’ or ‘be a proper man, a man’s man’. It’s no wonder that men don’t talk about how they are feeling, let alone let it out. Some men even find it hard to admit that they have feelings at all.

All this confusion and avoidance does not only impact men, it has a wider effect on their relationships with partners and their families.

Behaviours and beliefs are usually passed down from generation to generation, and we can all make a conscious choice to continue this cycle or to make changes. However, to do this, we need to be aware of the effects and impacts of our values, core beliefs and behaviours. This means becoming self-aware and then working towards putting what we have learnt in to practice.

When a man doesn’t show his emotions, to his male friends he may feel and be seen as strong, bold and manly. To the women in his life, he might be seen as emotionless, unloving or cold.

When a man connects with emotions, around his male friends, he might feel and be seen as weak, pathetic, out of control, leaving him feeling vulnerable. To the women in his life, he may be seen as loving and warm, but he might then feel vulnerable. Confusing, right?

Sometimes, when men do let their guard down and ask for support or break down with emotion, the people in their life can sometimes find this difficult and not know how to support them. The man’s vulnerability is then compounded and he closes off again and goes unsupported. This can lead to further feelings of frustration, isolation and confusion.

The more this goes unspoken, the higher the likelihood of more severe mental health issues, such as depression or potentially leading to suicide. 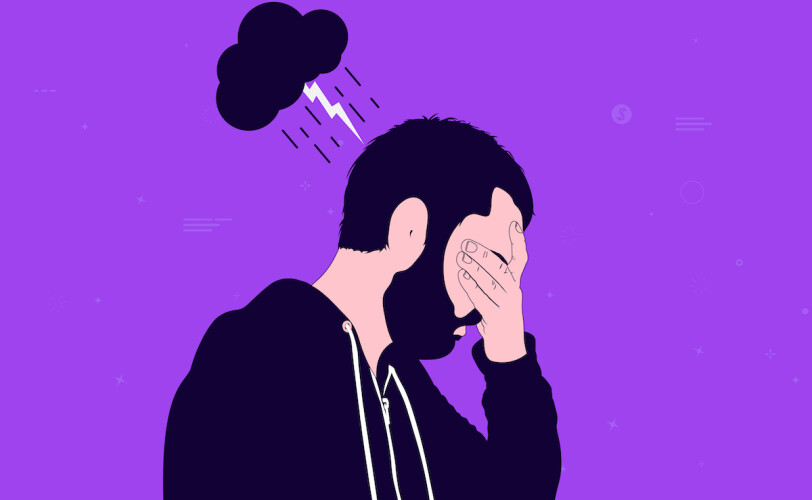 What can we do?

Men need us to be strong for them, the way they are often strong for us. Support them to be able to express their emotion and deal with it. Let them know that crying or feeling emotional is not a weakness. Talking to each other and making mental health a topic that is not taboo, we all need support at times and the more open a couple can be with each other, the closer you will feel to each other emotionally.

The more men talk about mental health with each other as friends and colleagues, the easier the subject becomes to talk about and the more awareness is raised.

We all need to learn how to really hear someone and really listen when they are talking. Try not to jump in with positivity or be defensive, give each other time to talk and then time for you both to respond to each other.

We also need to look for what is not being said. Sometimes a little push is all it takes, just like when Roman Kemp said “Ask a friend if they are OK, then, ask them again” - this was part of his BBC three documentary Our Silent Emergency.

We also need to learn to recognise changes in their behaviour and notice signs that something is different from their normal. 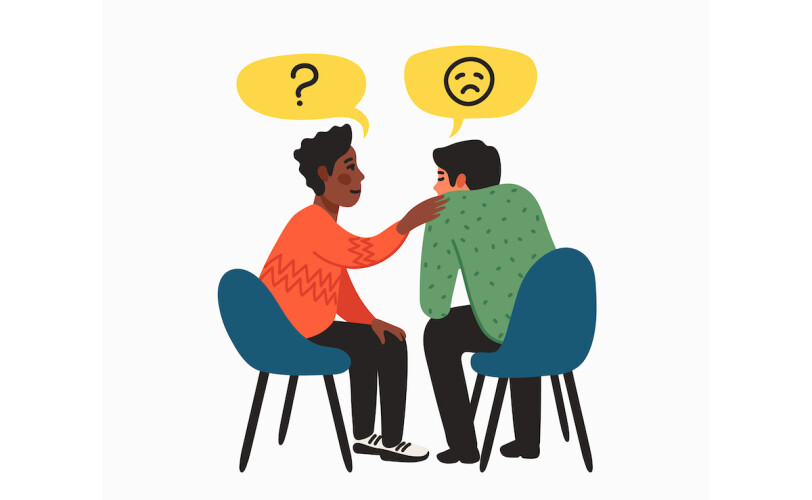 What are the signs that someone is struggling?

When we feel vulnerable, this can be expressed as irritation or anger, not wanting to accept we have an issue, so when pushed we lash out. Anger is a perfectly normal emotion, however, it is usually a reaction to something else going on and can worsen leading to aggressive behaviour and/or rage.

Changes in their usual mood, energy levels and appetite

Being quiet, for example. Men’s brains are wired to be very solution-focussed. With this in mind, they can often retreat inside their own mind to solve the problem. However, not knowing how to solve it, leads to this quiet and avoidant behaviour.

The opposite can also happen, becoming overly excited. Sometimes this happens again because of avoidance, they want to appear as being happy and in control. However, it is a distraction technique to escape what is really happening inside their mind.

Other symptoms include (but not limited to):

If you are reading this and recognise any of these signs or behaviours in yourself or someone you care about, now might be the time to seek support or guidance. If you would like to make contact with me for any advice or guidance or to book a session, you can visit my profile.

If you would like to find a counsellor near you, you can browse professionals in your local area. 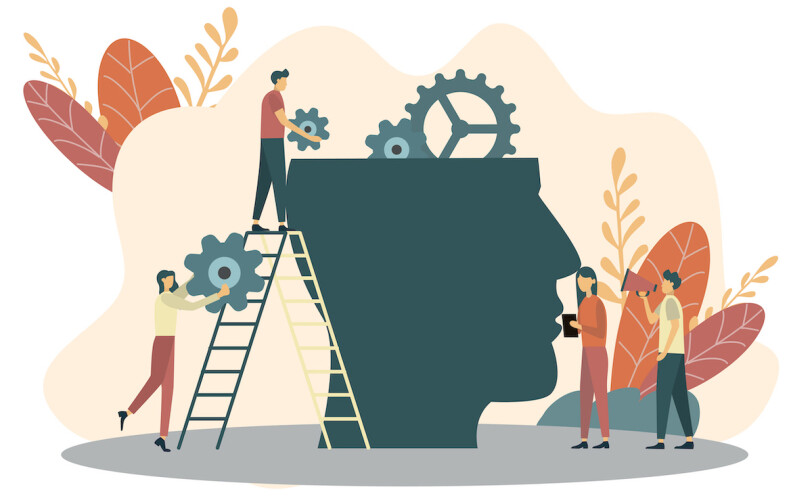 I recently created a short nine-question survey, in preparation for writing this piece, as I wanted to collate my own research. The results below are from men in March 2021.

The survey was anonymous and was shared across various platforms to enable as much diversity as possible. I would like to thank all the men that completed the survey. They were really honest and shared some comments with me about their mental health at various times in their life. I was saddened to read some of them and know that these men are suffering silently and might continue to do so for a very long time if something doesn’t change.

Below I have listed four of the questions and responses:

1. Do you find it easy to allow yourself to feel your emotions and express them?

2. Do you feel that crying and/or being emotional is a weakness?

3. Have you ever felt overwhelmed by your issues and needed to talk about them but you didn’t?

4. Have you ever felt suicidal?

Just from sharing these few questions, you can see that, from the men that responded, outwardly saying that they don’t see emotions as a weakness and yet only 10% can fully let themselves feel and show their emotions. Over half have felt suicidal at some point in their life and a massive 77% saying that they have felt overwhelmed.

Below are some statistics I found whilst researching men’s mental health, which I feel are important to share. In my opinion, the statistics below and the results from my survey show a shocking picture when it comes to men and their mental health, something needs to change and quickly.

Thank you for taking the time to read this article. I hope it will help men to seek support and feel they are not alone, and for the supporters of men to know that they can help and there is support for you too, whether this is for your own mental health or support to help a male family member, friend or colleague. 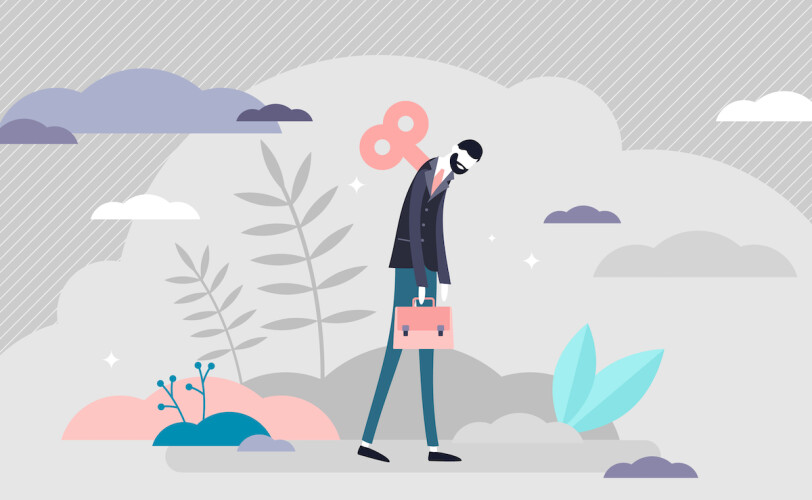 Men's Minds Matter - this website has some really good information about various topics relating to mental health but also how to get support.

Mental Health Foundation - this is also a great support and has stories from other men that might be experiencing what you are. You can also find information and join to be a part of the ‘men’s mental health month’ in November.

James Hawes book The Secret Lives of Men - this is a great tool for men and women to read, sold on Amazon or James Hawes website.

Andy’s Man Club - they do group meets up and down the country and they have accounts on Instagram and Facebook for support.

Mantality - this was started by Stevie Ward from Leeds Rhinos rugby team. They have social media accounts for support, coaching, podcasts and counselling.

I am a qualified Humanistic counsellor and my core approach is person-centred, I work with individuals in a variety of areas, such as relationship issues, family problems, men's mental health, inner child work and many more.

Working together I would support you in facing your concerns to equip you with the skills and resilience for your future.