When grief gets complicated

When someone significant to you dies the impact can be huge. Emotions whirl around in a seemingly endless torrent, going from sadness, to disbelief, to anger and back again. It can be hard to function and believe that life carries on when something so monumental has happened, but it does. Eventually though these emotions subside, the grief never goes, but you learn ways to integrate the grief into your life and find some new meaning and hope for the future.

But what happens when this process goes awry?

During my work with young people and adults I started to notice stark differences between some client’s grieving processes. Some of these people were presenting with grief, but seemingly unable to access it, becoming completely overwhelmed by it even years later. Not only that they often presented with a whole myriad of concerns ranging from somatic complaints to flashbacks. It’s almost as if their whole lives had been put on hold the moment they knew of the death. This got me wondering, was there something more than the grieving process with which I had become familiar? And how could I work with these clients to process their grief when even the mention of it was enough for them to completely shutdown or become so overwhelmed that they never returned to therapy?

I began examining the literature and came across the term complicated grief. This is what I had been looking for and it accurately described what I had seen in my clinical practice.

What is complicated grief and how does it present?

Complicated grief is a term that is used to describe a person’s grief which has been enduring in its intensity, despite the passage of time. It often inhibits you from being able to uptake any of your usually activities and you often isolate yourself from others as feelings of shame, blame and guilt hold your grief like an anchor. This withdrawal from life often amplifies your sense of aloneness and you may begin to experience suicidal thoughts.

This a list of things you may be experiencing if you have complicated grief:

Although the term complicated grief is only recently emerging in the mainstream, it is important to know complicated grief is not something new, but historically may have been diagnosed as PTSD or major depressive disorder. This means you are not the only one who is experiencing these symptoms, you do not have to be alone in your grief, and there is hope.

For people with complicated grief the work is not initially about the person who died or the time surrounding the death, but  often involves holding the grief in a safe way and putting it to one side until you are able to  begin to look at it. In the beginning it’s about rebuilding self-esteem, self-worth and teaching grounding techniques so that you are less overwhelmed by your emotions. It is only then that the grief can begin to be processed. This takes time and like other trauma, the process is not linear. At times it can feel as if the symptoms have become overwhelming again. Do not be discouraged, this is what happens to many clients. However, if this does happen in therapy, be as open and honest as you can with your therapist. It may be that the pace needs to be slowed down a little or it may be time to revisit some coping strategies.

Don’t give up. In time there will come a point when you feel able to talk about the grief and although you will be changed in some way, you will be able to discover new ways of being and find a way of being part of life again.

Share this article with a friend
Article Tags
Bereavement Loneliness

"On paper, my life was perfect. But I felt hopeless and alone."

Reassessing your priorities in the pandemic? Counselling can help

Now we've reached the one-year anniversary of the first lockdown in the UK, it’s safe to say it’s been... 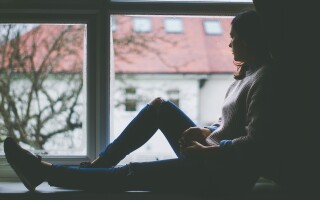 A close friend of mine is in the early days of processing the recent, unexpected loss of a dear friend... 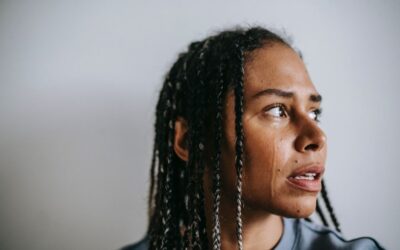 Ask the expert: How can I cope with grief during the pandemic?

Counsellor and psychotherapist Nora Allali-Carling answers your questions on grief.