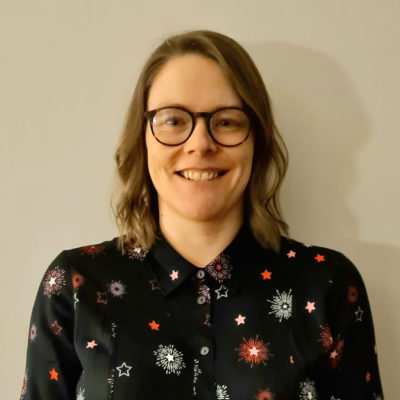 Are you feeling lost, overwhelmed, anxious or stressed or like you just don't belong anywhere? Wondering how you got here and unsure how you could get back to your usual self? Often we feel this way when we have taken care of others and the things we want and need are left at the bottom of the pile. Maybe you're even tired of trawling through all the other counselling profiles and you just want to get started.

My work here at Paula Mayes' Counselling works by having meaningful conversations about the things that matter the most to you. We are told we can have it all so when we begin to feel like "having it all" isn't working for us, we can often internalise that and believe we are somehow defective or faulty. The life on social media suggests we should be in a professional career, whilst juggling the school run, taking care of elderly parents and have fulfilling relationships and there is increased pressure to be meditating, eating plant based and finding time to work out on top of all that. Just thinking about all of this can be stressful, so when we feel like we aren't achieving, that takes its toll on our self-esteem and we feel miserable. For you this might mean you are irritable, you're not sleeping, you can't concentrate or maybe you've lost interest in the things that usually give you pleasure. This is the time to give me a call to arrange our first appointment.

Counselling began for me around 2007 when an introductory course was advertised at Dewsbury college. This sparked a passion for me that is still alive 15 years on. As a trainee, you work towards achieving a portfolio of work that includes 100 client hours at a placement that is designed to offer you lots of support and supervision to get you on your way to being an experienced therapist. My placement was at the Well Women's Centre in Wakefield, where I worked alongside inspirational women who came to talk through what was most important to them; family, health and relationships. Very early on in my training I discovered that all the trappings of a successful life such as a nice house, car, and wealth are not as meaningful as having a supportive partner, good positive physical and mental health and rewarding relationships. At the Well Women's Centre, they provided me with lots of training and experience in areas such as: self-harm, childhood sexual abuse, working with suicidal ideation as well as helping me achieve the required 100 hours to pass my counselling diploma.

During this time as a student, my day job was working at a drug and alcohol clinic managing the medical team who support the drug using community to reduce their drug and alcohol use. This was challenging but rewarding work as it tackled physical health alongside mental health as well as poverty, housing problems, crime and working with statutory services such as social care and probation.

My placements continued after my qualification and with good quality supervision, I was able to set up my private practice, initially working from premises in a doctors surgery, then later from home in Middleton, Leeds.

Here I see clients with a range of barriers to a lifestyle that they are happy with. For example, relationship difficulties, depression and anxiety and work related stress. Often people come to see me when they can't figure out exactly what is wrong, but they know they aren't happy and they want things to change.

In 2013, I began working for the Sir Robert Ogden Macmillan Centre, at St James's Hospital in Leeds. This is a centre specifically designed to help people who are experiencing a life limiting illness such as cancer, motor neurone disease and MS. Here I worked 121 with patients attending the hospital for treatment, as well as working with their family members. With my colleagues, we set up a monthly support group where guest speakers would come along and give talks to the patients and family around topics that were pertinant to them such as wig fitting, how to manage eating and sleeping during cancer treatment and talks from a medical perspective. This was when I was approached by a charity, then called BTRS but is now called Yorkshire's Brain Tumour Charity. It was at YBTC that I set up a counselling service for people who are experiencing a brain tumour. Often with a brain tumour, they are living with a loss such as mobility, speech or hearing loss for example, as well as some others who are told it is a terminal diagnosis. My work at YBTC saw me working with many hospices, other healthcare providers and the Maggie's Centre where I ran a monthly support group. It was at the beginning of my time with YBTC that I decided to train as a clinical hypnotherapist.

It was also in 2016 that I achieved accreditation with the BACP for the hours and experience I have completed throughout my career. This is a high standard that demonstrates a good understanding of theory but also a commitment to working to a high ethical standard where clients are at the centre of our work.

Most of my work with the various charities has involved bereavement and end of life counselling and it was in 2018 that I took some additional training with Leeds Bereavement Forum to be one of their freelance trainers. With LBF, I work with other professionals who work with the bereaved. People who are social workers, doctors, teachers, and carers.

Throughout my counselling career, I have worked in many settings. Some areas include the NHS, different charities within Leeds and Wakefield and my private practice. I am also a freelance trainer for Leeds Bereavement Forum, working alongside Leeds City Council, many of the Leeds based Universities and within healthcare and hospice settings.

Due to my work within the bereavement field, I have also worked with clients at the end of their life and with their family members.

Parking is available outside my practice