Why crafting could benefit your health

According to recent studies carried out by CNN, knitting and other crafting activities help to lower anxiety levels and boost mood. The effect can be seen when we involve ourselves in anything creative – whether that’s cooking, writing, painting or even cake decorating. 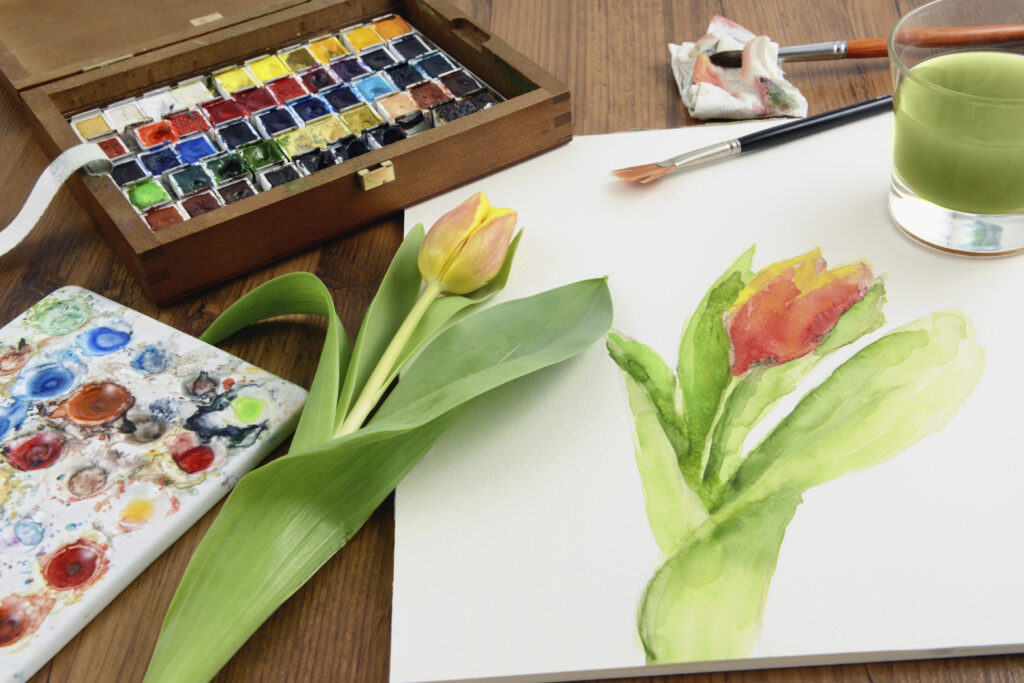 In CNN’s report, knitting was called a ‘natural anti-depressant’ as crafters were seen to receive a surge of dopamine while knitting. In a study that looked at over 3500 knitters, 81% of respondents with depression said they felt ‘happy’ after knitting, with more than 50% saying they felt ‘very happy’.

One of the suggested reasons behind the therapeutic effect is that when we are completely absorbed by an activity, it feels as if nothing else matters. Psychologist Mihaly Csikszentmihalyi says that when we are involved in something creative, we feel as if we are living more fully than we do during the rest of life,

“You know that what you need to do is possible to do, even though difficult, and sense of time disappears. You forget yourself. You feel part of something larger.”

Other studies have also found that intellectually stimulating activities such as knitting can help to prevent cerebral atrophy and can significantly delay dementia. Knitting and other crafting activities stimulate several different areas of the brain, including memory and attention span. On top of this it involves problem-solving abilities and visuospatial processing, helping to protect the brain against ageing.

If you are struggling with stress, depression or even dementia – seeking help from a qualified counsellor could help. Some counsellors utilise the therapeutic nature of being creative in their work, see our page on other therapies to find out more.