Searching for a specific counsellor or psychotherapist? Try our advanced search
Trauma 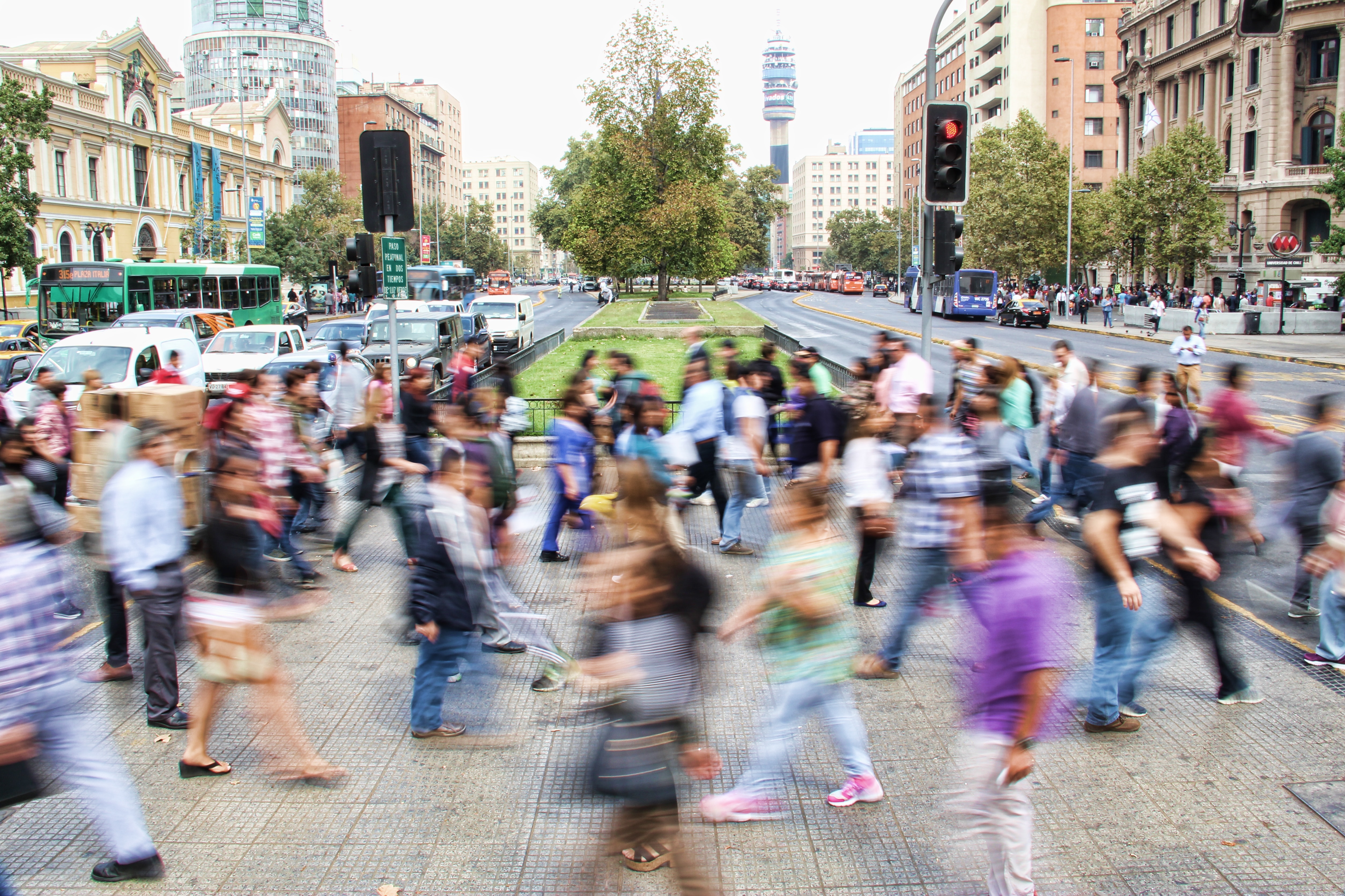 As I started to write an article about traumatic triggers on the afternoon of Friday 29th November 2019, I first heard reports of the incident on London Bridge. It was not clear exactly what was happening, but the police were treating it as a terror-related incident. Over the next few hours, it would emerge that two members of the public were killed and several others injured by a man with a knife wearing a fake suicide vest, and other members of the public showed incredible courage to tackle and disarm him.

Like most people who live or work in London, these events transported me back to June 2017 and the terrorist attacks on London Bridge and Borough Market. I thought of the Westminster Bridge attack earlier that year, the bombing of the Ariana Grande concert in Manchester, the Finsbury Park Mosque attack, The Paris attacks, Mumbai, 7/7, 9/11, the Canary Wharf bomb in 1994, and sadly many other such wicked actions. I remembered where I was when I heard about them, my feelings as I searched for confirmation that loved ones who could have been involved were safe, the aftermath, the grief, and the horror for all those affected.

My thoughts are very much with all the survivors of those incidents, especially those still living with the aftermath of last week’s attacks and the loved ones of those who were killed.

If you were present at any of these attacks or lost someone close to you, this most recent incident will have had a much more serious impact: if you have been traumatised when something happens to remind you of the original, traumatising event, it can feel as if you are re-living the event, that it is happening again. This is not just 'remembering' - you feel the same emotions of terror and horror, the same physical sensations of pain, a beating heart, and breathlessness. You might even see images of what happened. You might find your sleep is disturbed, and in your nightmares, you see a film of the whole scene and relive the fear.

This is what therapists mean when we talk about being 'triggered', and it can be extremely destabilising, leaving you feeling powerless to stop the waves of feelings, images, and sensations. It's like time travel - you feel like you are torn away from the present and sent hurtling back to a terrifying, painful moment in the past from which you cannot escape. The 'trigger' could be something as simple as a glance, a look from someone, a crowded street or train, or a loud noise... it doesn’t have to be as dramatic as what happened on Friday. Sometimes you might not even realise what the trigger was. The impact can be the same.

Why does this happen?

What happens when you get triggered and what can you do about it? How can you make yourself feel safe?

You get triggered because of what happens to your brain and body during a traumatic incident. If you find yourself in a mildly threatening situation, information comes into the alarm system of the brain, the amygdala, which is responsible for deciding if there is a threat and, if so, for triggering the brain/body’s 'fight or flight' mechanism so that you can defend yourself by either running from, or fighting, the danger.

Usually, later that night as you sleep, your brain’s mechanisms will process this information and store it away in its 'library', the hippocampus. The hippocampus has a sense of time and place, so if a particular memory is stored there, you can tell the difference between now (when you are remembering it), and five, ten, or twenty years ago when it first happened. In a truly terrifying experience like a terrorist incident, so much information comes into the amygdala that the brain’s processing mechanisms get overwhelmed. The sensations can’t be processed, and so they stay in the alarm system.

This area of the brain doesn’t have a sense of time and place, so if something happens to remind the amygdala of the original incident, it thinks it’s happening again and engages the fight or flight mechanism, sending out the same stress hormones into the body (to get the heart beating, the lungs breathing harder, and the muscles primed for the physical activity of running or fighting). Flashes of images, sounds, and other aspects of the earlier experience and the original emotions (of fear, panic, horror, rage) will return. This is being 'triggered'.

What can you do when this happens?

While doing this, look around the room. Notice what you can see, look at the objects, look at their shape, their colour, the materials they are made out of, their age, where they are in the room, and space.

Also, notice what you can hear; the sounds in the room and outside of it. Come back also to the feeling of being held on the chair by gravity. Sit with this for a while.

Survivors of trauma also say that noticing scents or smells in the same way, or picking up a lump of ice, is also really helpful.

This works by engaging your senses - touch, sight, sound, and smell. The sensory organs which receive this information send reports to the Pre-Frontal Cortex (PFC) of your brain. This is the rational, thinking, conscious area of your brain; the part which understands time and place. When your fight or flight mechanism is triggered, the PFC gets bypassed as the amygdala signals the heart, lungs, and muscles before it tells the PFC what is going on (this saves time and explains why people who are triggered describe finding themselves running or protecting themselves before they are even aware of what is going on). Engaging your senses and sending sensory information to the PFC switches it back on so that the part of your brain which knows where you are, what the day, the month, and the year is - and that you are now safe - is switched on. This brings you back to the present.

In the longer term EMDR therapy (eye movement desensitisation and reprocessing) can be a very effective way of addressing and relieving the underlying traumatic experiences which are being triggered. The amygdala is in the non-verbal area of the brain, so experiences held there can be difficult to talk about. Much of the trauma may also be held in the body, not in the mind, due to the impact of the stress hormones being sent round the body during the original trauma and every time the fight or flight mechanism gets triggered. The hormones use the endocrine system, central nervous system (CNS), heart, lungs, muscles, ligaments, and tendons. That’s where you might feel the pain and emotions of the event.

EMDR uses eye movements to stimulate the brain’s memory processing mechanism so that the information held in the amygdala and body can be released and moved into the hippocampus, the library, where the incident can be remembered without being re-lived. You can remember what happened without feeling the same emotions and physical sensations. The images can appear blunter and more distant. This can be an immense relief.

If you were directly affected by the London Bridge attack last week, you may well be experiencing many of the symptoms described already. Generally, these feelings and experiences will pass on their own over the next few weeks as your body and brain will use their incredible ability to heal. If in a few weeks you are still not feeling better, or if your symptoms are worsening, then please do speak to a therapist who specialises in trauma, as you may find the experience very helpful.

Trauma is timeless. Terrorists use this to continue the terror, to intimidate and prevent us from leading our lives. As long as you carry the trauma with you, you are still within the terrorist’s grip. Please don’t suffer in silence. You have the right to live your life peacefully and free from the threat of violence, and therapy can help free you from the pain you carry.

Share this article with a friend
Article Tags
Trauma

Andrew Keefe is a Psychodynamic Psychotherapist, EMDR Therapist and Personal Trainer in private practice in East London and Holborn. He has practised clinically at The Refugee Council, Freedom from Torture and WPF Therapy. He has special interests in survivors of sexual abuse, violence, terrorism, birth trauma and mental health and exercise.… Read more

Find a counsellor or psychotherapist dealing with trauma

Safety comes first: the ins and outs of keeping yourself safe

Your body tenses, you start sweating, you cannot express yourself and sometimes you are unable to control your...

Here we are again, another lockdown. What a way to start 2021. We all thought this would be a better year, with...

Feelings inform us… like a Captain navigating a big ship… Feelings like anger, fear and sadness are...