As we grow up and reach our teenage years, that what initially appeared as just a friendship can change into a friendship with a different purpose. Suddenly the lens through which one observes the world changes, aimed at ‘finding a mate’. This natural process happens to most of us, and exists to preserve our species but, of course, attached to this preservation is a raft of social expectations through which one has to pick their way. 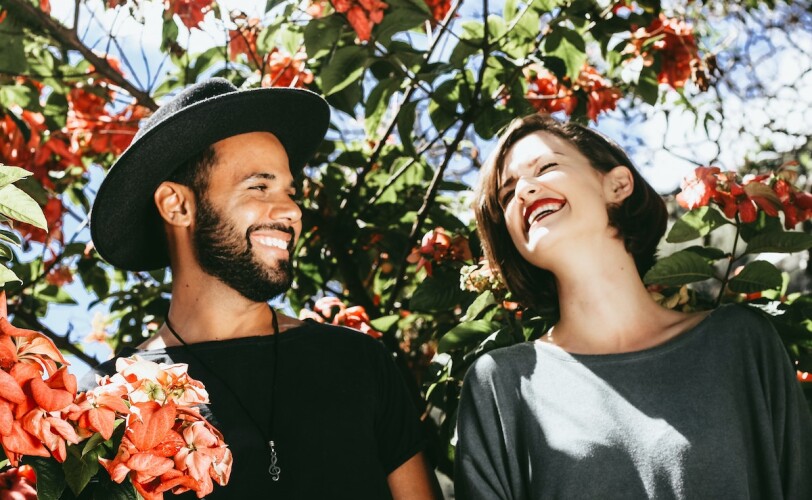 Having found a mate, whilst manoeuvring through each other’s landscape of expectations, once the dance has been danced, the love declared and the vows exchanged, the myth persists that it is ‘happily ever after’ from here on. Contrary to expectation, marriage, or any other declaration to set off on the journey through life together, is a budding flower, a first page... a story to be written, a story with an unknown ending.

Every culture, every society, and every family has rules and expectations. Looking at our western society alone, from the 50s to now, seems a completely different society. Norms in society have evolved over the years, weaving the old with the new. Our rules and expectations around what it means to be in a relationship have in many ways changed and in other ways stayed the same. Expectations around our needs and the other’s needs, appear very different from say the 1950s.

The roles of men and women felt rigid, men and women knew what was expected of them, in work, at home, in social situations. Their expectations were enforced through media channels, advertisements, the church, and of course handed down to the family members through the generations.

The women were generally expected to be at home, look after the children, look after the home and their husband, whilst the man provided, worked outside of the home, generally had a greater role in the wider society and took part in the organisation of society.

Although these roles were easy to observe, in reality things were more complicated than that. Homosexuals married and supressed their true selves, unable to show their true identity and many women were trapped in loveless relationships, where the power imbalance enforced their identity as carers, their way of life decided upon from the off. There was usually a push against the people who created the rules, as not everyone could find themselves in the given structure, but often the rebellion was quashed or remained unnoticed.

Huge changes ensued as a result of medical and economic advances which enabled the relaxation of social rules (contraception allowed women to choose) whilst the memory of the first and second world war and the threat of the cold war spurred people on to ‘enjoy’ life.

Life appeared malleable… innovations in artificial intelligence and a constant growth of automation provided freedom and steps towards autonomy. The 60s and 70s brought huge changes in social norms. Societal rules needn’t be followed to become successful, they didn’t prescribe how you had to behave, you could decide yourself.

Autonomy, a term invented by the ancient Greek, but re-conceptualised in the 19th century by Kant (1784), is considered ‘the state of self-governance, or leading one’s life according to reasons, values and desires that are authentically one’s own’. Kant argued that desires are inessential to the self. For example, the fact that in the 18th century you may desire to own a chamber pot, whilst in the 21st century you may wish to own a computer, but despite these different situations and different desires, the person himself does not change.

Therefore, as different ways of life became possible, many new ways of being in a relationship emerged. Over the years, relationships evolved and became a mixture of the old style ‘romantic’ ideas of relationship, with some ideas of ‘stability and traditional role division’, but different forms were emerging. Giving way to relationships where the self was autonomous, but the other was equally autonomous resulted in relationships that needed to be reinvented.

Relationships now, with all the freedom achieved have less societal prescription, or so it appears, but our ancestral messages still sound within us. And our innate human need for connection and intimacy cannot be quashed. The writer Naomi Aldermann states that ‘… the point of having a partner is to have a witness for your life. ….'  Phillipa Perry (The Guardian, 12 June 2022) agrees with Noami Alderman and finds it ‘… important to have someone close who can challenge us but with goodwill.’

Although modern life appears to provide us with more freedom to choose how we live our lives, and there is a wider choice in who with and how, our basic psychological human needs remain the same. We all need to be in connection. A human being is born to connect immediately with his caregiver, to relate. It is through this relationship he stays alive. And even though the structure in which we now relate to each other, due to less prescriptive societal and family structures, we are still hungry for some structure.

This is up for debate, a matter for individuals, society allows people to choose with whom and how they choose to live their life. This means that in a modern relationship the structure, boundaries and expectations need to be discussed and agreed upon with each other, which can be an onerous task, since we might believe we come as we are, but in reality we bring with us a host of ancestral belief systems.

We are never free from ourselves, from our ancestral influences, from the life story we have written for ourselves. We will always be influenced by current ideologies and past ways of being. Eric Berne, a Canadian born psychiatrist, explains that we all create our own life story, a so-called ‘life script’, during our childhood.

This is an unconscious life-plan made in childhood, reinforced by the parents, ‘justified by subsequent events, and culminating in a chosen alternative’ (Games People Play , 1964). He also uses the term ‘autonomy’ , but explains it as ‘…the quality which is manifested by the release or recovery of three capacities: awareness, spontaneity and intimacy. This requires behaviour, thinking and feeling to be a response to the here and now reality, rather than a response to script beliefs.’ (TA Today, 1987)

Everyone has their own film of how to be together, this way feels the right way, the safe way, as it had kept them in good stead. You got to where you are, following your own guidelines, they have kept you safe. Therefore, when we meet someone else and fall in love, with oxytocin flooding our system, we like everything about the other. It’s as if the relationship emulates the phases of childhood.

This complete symbiosis with the one we fall in love with fades, as the oxytocin levels retreat. We tend to return to our script beliefs and lose the curiosity with which we approached the other. Old script beliefs tend to pull us back into our old beliefs and the urge to ‘change’ the other to fit in can cause many ruptures in the relationship.

Because if you can, the chances are you can be curious and open about your partner’s choices. Being vulnerable, open, questioning out of curiosity, not closed and questioning from a judgemental place. To stay in the here and now. To allow autonomy to guide your thinking, feeling and behaviour. To be free of judgement and fully present.

I'm OK, You're OK is a mantra that is close to my heart and not always easy to adhere to.

In this article, we'll distinguish between someone who simply tells an occasional white lie (a small lie with no...