The experience of bereavement 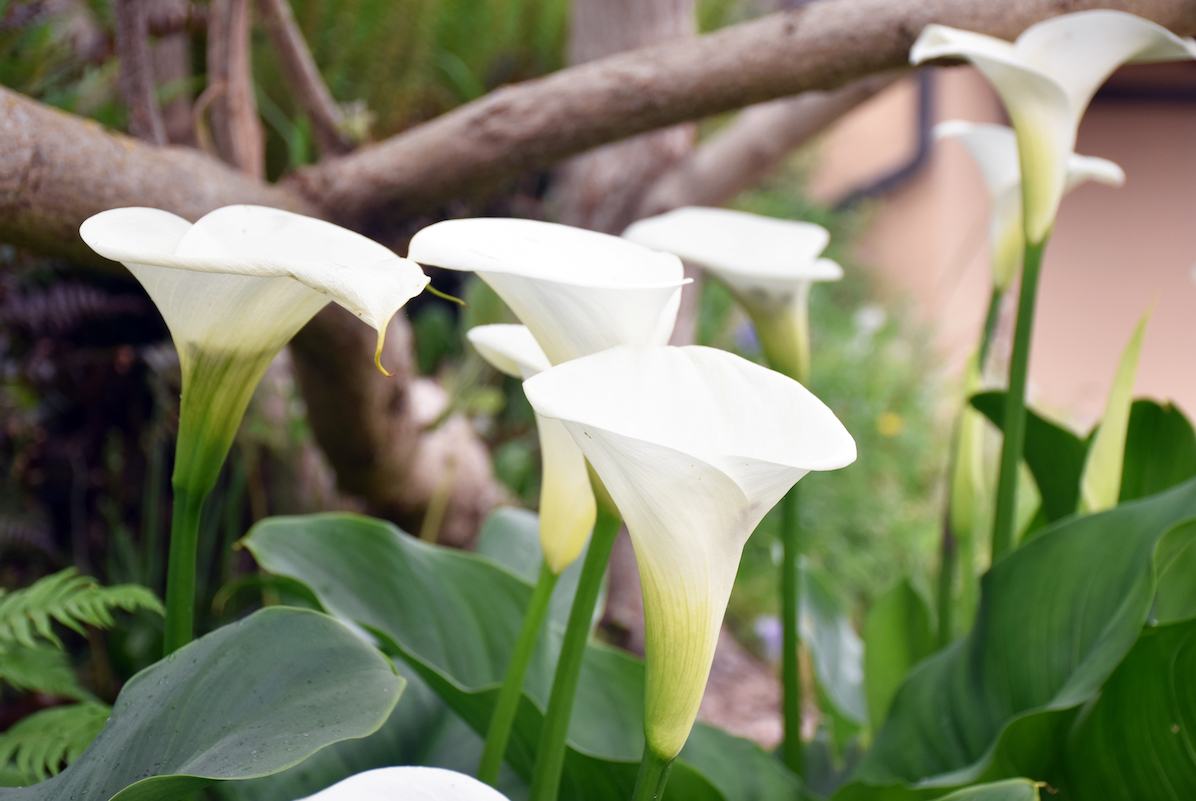 Since Dr Elisabeth Kubler-Ross published her seminal book "On Death And Dying" in 1969, it has been assumed that coming to terms with death has 5 distinct phases;

Healthcare professionals believed that anyone bereaved or facing their own death should move through these phases, one at a time, but potentially a person could get "stuck" at any stage, impeding the "resolution" of their grieving process. The above view assumed that while each bereaved person may feel things in somewhat different ways, everyone’s bereavement process was essentially the same.

It is now accepted that human beings are far more complicated than that. After years of dealing with patients who did not conform neatly to this view of distinct phases, therapists began to change their assumptions. It is now recognised that each person experiences bereavement in his or her own way and every bereavement will have its own unique process. A bereaved person might move back and forth between denial, anger, sadness, fear, and guilt many times a day and never reach resolution in Kubler-Ross’s sense.

The way bereavement is experienced depends not only upon personality: a person’s individual sensitivities, the way a person typically responds to crises and loss, but also upon the circumstances of the death and the relationship the bereaved person had to the person who has died. It can also be affected by how much we are supported by others and by how much other stress we have in our lives at the time.

Bereavement can bring feelings of isolation, anxiety, and confusion, as well as physical effects such as weight loss, lack of concentration, and sleep disturbance. The bereaved person may experience a loss of memory, loss of self-esteem and identity, and on occasion may even begin to take on the characteristics of the person who has died. They may begin to neglect their appearance for a time and feel that nothing matters any more.

Although these are all normal rather than pathological reactions, at such times it can help to talk to others about what is being felt. Friends, family, health care workers, religious leaders, all may be able to offer support until life begins to make sense again.

A "complicated bereavement" can occur when the bereaved person begins to suffer from more complex mental health problems as a result of not being able to deal with their feelings of loss and grief. The following are guidelines only and a person who does not fulfil any of these may still have a difficult experience of bereavement.

Likewise, someone who fits all of the following may be able to move through the feelings of grief without undue difficulty. However, if some or all of the following conditions apply, it may be more likely that the bereaved person could suffer from a complicated bereavement:

Bereaved persons have to learn to live with the emptiness of the absent person, as well as deal with intensified self-reflection regarding their own lives, their choices, regrets, and their own mortality. Bereavement can instigate many deep changes that can affect those left behind in ways that extend far beyond the specific loss of the relationship they are mourning.

Although living through these changes often feels painful and sometimes even overwhelming, the eventual outcome of this process can be quite positive. By confronting the fact of death it is possible to become more compassionate, or galvanised into pursuing what’s really important in one’s life.

Dealing with the feelings of grief and bereavement:

No matter how a person responds to bereavement, their response inevitably reveals something about how they function as a person, and this can be explored in a safe and confidential way with a counsellor. Bereavement counselling, like all counselling, offers a person the opportunity to hear themselves express their thoughts and feelings, or to sit in silence with someone who is willing to be with them as they are, without trying to change them or cheer them up.

Counsellors usually do not give advice but will help a person to find their own answers to their life issues and conflicts. Bereavement counsellors will expect a person to want to talk about the person who died and also about how to adjust to life without that person. But a person can talk about anything that’s important to them and this means that a counselling session might be spent talking about practical matters, future hopes and plans, or new relationships that are developing with others. Although bereavement is the issue that may bring a person to a counsellor, the sessions may eventually and naturally begin to lead to other matters.

Bereavement counsellors are trained to work exclusively with people who are coping with the death of someone important to them. However, most counsellors and psychotherapists will work with bereaved people. Some hospitals and all hospices offer bereavement support and in these settings, it is becoming clear that people can also benefit greatly from the opportunity to talk about their anticipated bereavement before the person has actually died, and there is some suggestion that support before the bereavement can make bereavement support afterwards less necessary.

Some people seek counselling for only one session, or occasionally when they feel they need it, or on a regular basis (often once a week) for a longer period. It is important to note that a person does not have to feel in crisis to ask to see a counsellor. He or she may just want to check out how they are coping, to be reassured that what they feel is OK.

Some professionals suggest that bereavement counselling is best left until six months or more after the bereavement. It is at this time that friends, families, neighbours, have begun to get on with their own lives and may assume that the bereaved person is ready to do the same. It can be difficult to continuously bring up the issue when others expect the person to be over it. It is perfectly acceptable for a person to seek counselling years after the bereavement when others seem to think everyone must be over it. Another bereavement, illness, divorce, job loss, etc. can unexpectedly rekindle feelings of grief that had subsided.

The first session of bereavement counselling usually begins with the person seeking counselling (the client) telling their story. This often includes a full history of the relationship they had with the deceased, how they met, what they enjoyed doing together, how long they were together, and perhaps any difficulties in the relationship. Clients also often begin counselling by talking about the present, how difficult it is without the person who has died, how it has changed their other relationships, and almost always, a detailed discussion about how the person died.

As nowadays more and more people die in hospitals, this discussion can focus on anger regarding what was done or not done by hospital staff. The bereaved person can sometimes be left almost haunted by questions about their loved one’s illness or care that no one can adequately answer. Dwelling over and over again on these specifics may be one way of trying to deny that the person has died.

It is not uncommon for people to continue to feel the presence of the person who has died. Sometimes the deceased person’s voice is heard, or their image is seen in a favourite place. The counsellor can offer reassurance that this is not uncommon, and eventually, after some months of talking about their feelings, a new sort of continuing relationship may develop between the bereaved person and the memory of the deceased.

Clients might begin counselling thinking it will help them to get over the person’s death, making that person less important so life can proceed. But most people don’t want to forget how important their loved one is to them. They want to be allowed to talk to the person they miss and think about how they would handle present situations. This can be quite comforting. Counselling can be used to help find a way to integrate the bond with the deceased back into present life, albeit now without that person’s physical presence.

The "if only" phrases uttered by family, friends, doctors and nurses, ("If only I’d said…" "If only we’d done…" "If only he’d left a few minutes later") suggest that our society forgets that despite medical advances and our scientific age, we all still die. And as a consequence of this everyone needs to find ways of adapting to their mortality and to the fact that others they care about will also die. Counselling is one source of support in trying to make sense of the shattered certainties, loneliness and confusion that bereavement may bring.

Unresolved grief can become a barrier between the bereaved person and others. It can seem so unfair that this person is no longer there. This feeling can become general until life itself seems unfair. The bereaved person may begin to relate to the world as if it is an unsafe and aggressive place. The counsellor can help the person begin to discover the source of this negativity in their own reaction to their loss and the reassurance that what they are feeling is quite normal can help their world seem understandable again. Bereavement counselling aims to provide comfort and support, facilitate mourning, and ameliorate complicated bereavements. Clients typically feel grateful for the space that counselling provides and studies suggest that high-risk clients benefit significantly from these sessions.

‘You’ll Never Get Over It’ The Rage of Bereavement. Virginia Ironside (1996). Penguin Books.

Children’s reactions to death vary according to their age and it can be helpful to seek the advice of a counsellor if an adult is not sure how to explain death to a young child. Hospices can usually offer information and literature appropriate for young ages. Generally, it is advised to include children in the pre-death period, explaining some of what is happening, answering questions, and allowing the child to say goodbye to the person who is dying.

It is often helpful to allow children to attend funerals and services as they wish but to remember that, unlike an adult, a child may alternate between extreme distress and playful indifference quite quickly, and this is normal. Bereavement projects that work with children often use play, arts and crafts, in individual and small group settings, to explore the child’s loss and relive their memories in a safe and productive way.

Living with grief and anxiety after the death of my child

Five years ago, at around 8.15pm in February, my eldest daughter, Abi, suddenly complained she felt ill and woozy...

These times have been strange. The restrictions of the past year have certainly been profound. For many of us, it...

One of the biggest questions I am asked is "What is grief?" Grief is a normal human response to the loss of... 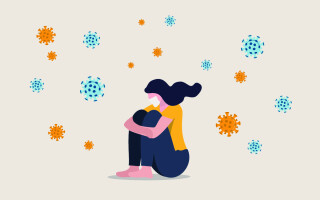 How lockdown can reflect our feelings of disenfranchised grief

Recently, a friend experienced the death of her estranged partner.  They had lived together for 10 years and...