While most of us would agree that a good education should lead to a greater range of options later in life, the pressure to perform academically can also take its toll on children and young people.

Regardless of how we define a 'good education' and whether we believe this is solely about academic achievement (I believe it’s much more than that), the fact remains that our children face regular academic testing throughout school and higher education.

Changes afoot mean that Key Stage 1 SATs (at seven years old) will become optional from 2023, but as children reach their teenage years, more SATs and formal exams loom. The stress of 'doing well' can impact a child’s emotional well-being and trigger mental health problems including anxiety, depression, or challenging and aggressive behaviour.

"GCSEs have been a horrible experience," says one 16-year-old. "I have suffered from panic attacks and a high increase in anxiety. It’s quite scary how, as a student, I find it normal to see my peers break down in lessons as they are scared of what’s going to happen to them in the future if they fail." - Stress and serious anxiety: How the new GCSE is affecting mental health - The Guardian, 17th May 2018

While mental health referrals in children, especially of primary school age, continue to rise sharply, there’s an increasing squeeze on NHS mental health provision. Criteria for treatment by CAMHS (Child and Adolescent Mental Health Services) continues to be surrounded by debate, but media reports talk of around three-quarters of all referrals being declined for treatment. That’s not necessarily because there isn’t a mental health problem present at all, but often because it is not yet deemed to have 'got bad enough' for treatment.

Understandably, faced with long waiting times or the prospect of being declined for NHS treatment at all, more and more parents are turning to private therapy options. Since The Children’s Society confirms that 75% of all mental health problems are established by the time someone is 18 years of age, intervening as early as possible is vital.

What type of therapy will help your child?

Cognitive behavioural therapy (CBT) is one of the most useful tools for supporting children struggling with academic pressure. It works on the basis that how we think about a situation influences how we feel and then behave as a result. It is time-limited, which helps keep sessions focused and provides a way of looking at a problem in a more positive way. As a simple example, taking an exam may be something that is feared and may trigger the following response in a child who holds the negative core belief about themselves:

The body's physiological response is misinterpreted as something dangerous. The fight or flight response causes feelings of anxiety. These negative feelings lead to a variety of negative behaviours as ways of coping;

In essence, a self-fulfilling prophecy is created. But, with CBT, these negative thought patterns can be turned on their head.

CBT can help children to challenge and replace these negative thoughts, giving them the awareness and tools they need to replace unhelpful assumptions with something more realistic. It equips them to stop automatically fearing the worst, to become more aware of their mood and feelings, and to create achievable goals.

I hold a BSc (Hons) in Psychology & Counselling and have extensive experience in clinical, neuropsychological, academic and corporate settings. I have worked with adults within Mind, the mental health charity, the NHS, the private sector at The Priory, children & young people within the education sector and corporate clients in the City of London. 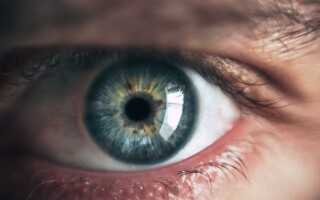 Who looks out for those who look out for us? Do you work for the police, the fire service, are you a paramedic, a...