Persona vs shadow: The hidden side to us

The human psyche consists of something Carl Jung (a psychoanalyst) referred to as the “persona.” The persona is a role that an individual chooses to play in life or it is the impression of them they want to express to the outside world.

The formation of a persona is an important one. It starts to build from early life in regards to one’s environment, upbringing, culture and personal attributes. However, if one starts to over identify in their persona, other parts of themselves can get repressed and pushed deeper in to the unconscious. These parts can get disowned and pushed away by the individual as it may not fit how they want to be perceived. Despite pushing them away, they may find a way in to our lives, either through what we refer to as out of control reactions, eruptions and being “out of character” in our attitudes and behaviours.

Jung identified this unconscious aspect of an individual as the darker, less known and unexpressed aspect of the individual, their “shadow” side. The shadow can be either positive or negative. For instance, a positive shadow in an individual with low self-esteem or anxiety may be unaware of their self-worth and their capabilities. A negative shadow may be described as someone who identifies themselves as being calm and collective but expresses passive-aggressive behaviour or is suppressing their anger.

Jung believed “everybody carries a shadow…and the less it is embodied in the individual’s conscious life, the blacker and denser it is.” (Jung, 1938)

Therapy can help to uncover the shadow part of ourselves in a safe, confidential and trusting manner. The shadow may be so out of our awareness that it may take a while to surface, but in doing so we can start to become whole. We can only be whole if we learn to accept all of our dimensions.

Daljinder Bal - An Integrative Psychotherapist who works with individuals in the Surrey area.

Anxiety is a feeling of unease, worry, or fear that can range from mild and manageable, to overwhelming and... 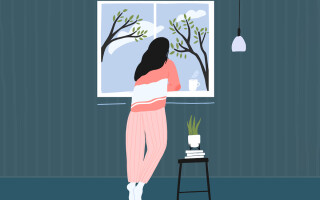 Worry is a common problem, particularly when times are difficult. People often worry about the things or people...

Getting it wrong and being wrong – what is the difference?

You might think these are the same thing. I see them as very different but they are often conflated...