The idea of trying to amalgamate the ancient ideas of mindfulness into western culture, especially into a medicalised setting, is usually attributed to Jon Kabat Zinn. In 1979, he founded the Stress Reduction Clinic of the University of Massachusetts Medical School. This, in turn, involved the creation of the mindfulness-based stress reduction (MBSR) programme.

Next came John Teasdale, Mark Williams, and Zindel Segal, who were tasked with the job of developing a relapse management and prevention programme for depression sufferers. There was an increasing recognition of the seriousness of the condition, and both its human and financial impact on society. Initially cautious, they approached and then visited Kabat-Zinn’s stress reduction clinic, and became convinced that this could be an important part of this essential area of research.

So, what about the CT of MBCT?

It is only in the moment that we truly influence our thoughts and feelings. So, firstly, it is about being aware of the moment. That awareness can help us to be aware of the patterns of the mind and how we are responding to situations we find ourselves in.

The eight-week MBCT programme is experiential in nature and gently guides people through a succession of mindfulness-based meditation practices. The aim of the practice is to create awareness of our experiences, pleasant, unpleasant, or neutral. Alongside this, a variety of CT exercises help us to look at our thoughts and feelings and how we may approach those things from a different perspective.

Recognising thoughts simply as thoughts, and not necessarily as facts to be believed, is a key aim. Equal weighting is given to awareness training and CT principles, and how we might go about applying these to the situations and patterns of mind that we have become aware of.

What exactly is it and why do we do it?

Mindfulness as a practice is usually regarded as having its roots in Buddhist philosophy and psychology, stemming back over 2,500 years. Kabat Zinn defined it as: “a means of paying attention in a particular way; on purpose, in the present moment, and nonjudgmentally.”

So much of people’s energy is given to rumination - ruminating about what could have been or possibly excessively worrying about things that may never be.

It was Mark Twain who famously said: “some of the worst things in my life never even happened.”

This sums up so much of why programmes like MBCT are so important. With all things there is a balance between learning from our experiences, planning for the future, and simply ruminating through regret and worry.

The mindfulness aspect of the MBCT programme aims to help us to be aware of what our internal landscape is in each moment. That awareness then allows us to use the cognitive therapy principles, discussed above, to make wiser and more-self compassionate decisions about how to respond, rather than simply reacting.

We explore the idea of moment by moment awareness in different ways. This can take many different forms. Some are meditation practices that simply encourage stopping and checking in with ourselves. But also, we explore how we can incorporate awareness into our daily activities, such as having a shower, eating, exercise, or simply taking a walk.

The programme looks at ways of non-judgementally relating to ourselves, but in order to do this, we have to first be aware that we are even judging ourselves. I have never spent more time looking at myself, my thoughts, my emotional reactivity, and my physiological responses than I have since commencing a mindfulness practice.

Another aim of mindfulness is to allow ourselves to simply slow down enough to more fully embrace, understand, and ultimately live, the life we are living. Mindfulness does not aim to hide away from the negative. Far from it; in mindfulness practice, there really is no place to hide, but it helps us to be more acceptant, non-judgemental, and self-compassionate about whatever we are living with.

Living mindfully is a daily practice, a way of life, rather than simply being an additional thing we have to try to squeeze in. For example, we eat mindfully, bringing attention to the experience of the food we eat, to savour its richness and vibrancy, rather than simply rushing through it on autopilot. Often, people with depression struggle to take pleasure from things. To be able to remind ourselves of the full richness and colour of our everyday experience can be really helpful.

Both awareness of experience and training in cognitive therapy is woven into the very fabric of the programme. Encouragement is given to recognise the uniqueness of the individual experience and not simply seeing this as a one size fits all approach. This is done within a supportive and collaborative group setting, which should be facilitated by someone trained specifically on how to do such things.

So how prevalent is depression and what is the evidence base behind MBCT as a treatment in relapse prevention?

Depression affects 20% of the population at some point across their lives.

In one study of 145 patients with recurrent depression who were in remission, of those that were given MBCT only 37% relapsed within a year compared to 66% in the control group.

Another trial showed that of 123 participants who had a history of recurrent depression, MBCT was more effective in preventing relapse than antidepressants. Over the next 15-month period, 47% of the MBCT group relapsed, whereas 60% of those that were only given antidepressants relapsed.

In 2004 the National Institute of Clinical and Health Care Excellence (NICE) after reviewing the available evidence, recommended MBCT for use for depressive relapse. In 2009, the guidance was further updated and this time it was given 'key priority'status.

'Of the treatments specifically designed to reduce relapse group-based mindfulness-based cognitive therapy has the strongest evidence base with evidence that it is likely to be effective in people who have experienced three or more depressive episodes.' (NICE 2009)

MBCT is a wonderful, research and evidence-based form of group therapy. It was initially designed as a relapse prevention programme for those struggling with recurrent depression. However, since then it has proven popular with people with a variety of additional presentations, including stress and anxiety.

If you would like to know more about the work done at Hope Therapy or Mindfulness more generally, do feel free to take a look at the website www.hopefulminds.co.uk or get in touch via the website.… Read more

Find a counsellor or psychotherapist dealing with anxiety 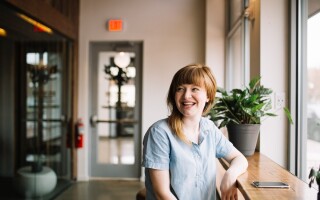 The value of anxiety

While sitting at work, I thought "I haven't written a new article in over a month". Then I was wondering what I...

Anxiety and how it affects us

Anxiety is not just a state of mind, it can have far-reaching effects on our daily lives and overall well-being....