How to feel 'good enough'

Some years ago, I was at a seminar in which one of the keynote speakers was a chess world champion and winner of a goal medal at the Chess Olympiad. A master of strategy, he gave a speech about the similarities in chess and in business. “A beginner in chess will be reactive to his opponent's next move,” he said. “And it is only when you become experienced, that you learn the game and begin to recognise the series of events playing out in front of you. You see patterns in the play, you begin to understand your opponent, and a successful player will begin to have not just their next move in their mind, but likely a series of potential options depending on the opponent’s positioning of their pieces.” 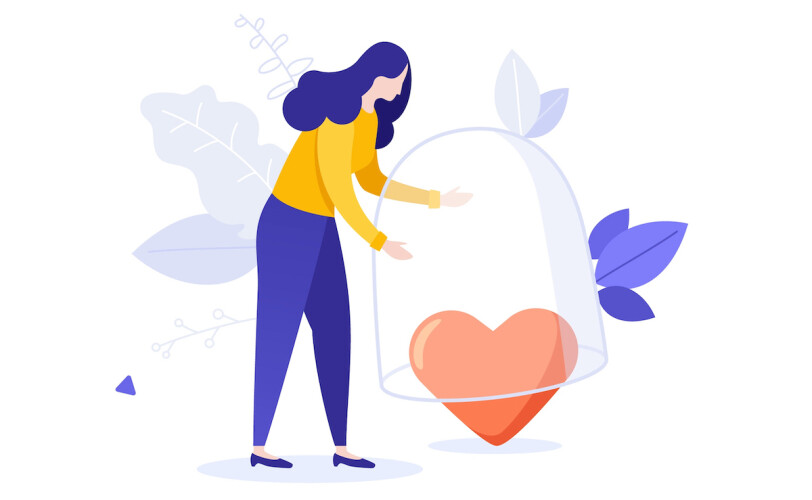 “Those that master chess, as in business and in life,” he continued, “They see the whole board.”

It was a message delivered in the context of the business world, where skills of strategy and planning are key, but it was also a message which resonated with me on a much deeper level, speaking of the importance in stepping back and seeing the context in people’s words and actions, what I sometimes now refer to with clients as “seeing people in 3D”; about stepping out of the immediacy of whatever problem is being faced to try and have an objective view.

For a moment, let us try and see the ‘whole board’ of the world in 1971, a time when a number of people reading this, including myself, were not even born. A generation raised by those having experienced the traumas of World War II are adults now, likely in their 30s or 40s. They have lived through the enormous cultural and civil changes in the 1950s and 1960s, and by 1971, part of that change was a rapidly moving understanding of mental health.

A veteran of World Wars I and II and a former paediatrician, by 1971, Donald Winnicott had been working as a psychoanalyst for nearly 40 years. His 1971 book Playing and Reality, published the same year as his death, was one of the final acts of a seminal character in the development of psychoanalytical theory.

Much of Winnicott’s life and work was focused on the importance of environment in a child’s life, likely formed by his own experiences in an affluent but troubled family, and his final work included the concept of the ‘good enough’ parent – the importance of a nurturing, loving, and understanding environment which also allowed for mis-steps and mistakes, rather than labouring under the pressure for unachievable perfection.

To co-opt what Winnicott was saying to those parents in 1971 in the broadest of terms – you can’t get it 100% right 100% of the time. But, if you do your best, act responsively and sensitively, and accept the possibility of error, you’ll be ‘good enough’ to foster autonomy and an ability to tolerate the highs and lows of their lives to come.

I’m often asked if there are themes to my work – subjects that return in different forms or factors, but are shared as a commonality among the clients I have seen. Some you may be able to guess – anxiety, anger, sadness, loss – but the corrosive condition known as ‘perfectionism’ (or as I try to frame it with my clients, “impossible-ism”) and the phrases “I could have/should have…”, or “I could/should be doing more…”, or that old favourite “at this point in my life…” has been a surprising adversary against whom I regularly find myself faced.

There seems to be a silent epidemic of impossible-ism; a condition designed only to highlight that which has not been reached nor done, and one of which the only cure is the reaching some nebulous, infinite concept which, to my knowledge, has yet to be seen or reached by anyone with this ultimately useless affliction.

A healthy sense of a goal or an aim can be a fine motivator, but an unhealthy sense of perfectionism (the variant I often encounter) can be an inescapable journey to unhappiness.

Perfectionism accentuates the failures and does nothing to acknowledge positives, offering 99 opportunities to fail in a world of 100 possible outcomes. Unable to experience successes and living in a world in which failure and fault are an enduring narrative, perfectionists often look to others for approval and validation, often setting a curiously low bar for what they are willing to tolerate and creating a reliance that only furthers their sense of insecurity.

Fortunately, I have the wisdom of Donald Winnicott on which to lean, and on the occasions I meet with the perfectionist mind, I offer a two-pronged response. First, I tell them something they already know – ‘perfect’ is impossible. You can always try harder, work longer, or do more. Second, I offer something they may not have previously considered – be ‘good enough’.

It was advice first given to me by an old therapist of mine. Overly stressed and anxious about a due assignment, I was desperate to excel and put myself under so much pressure I had lost any sense of perspective. My anxiety and stress had escalated to the point where it was no longer in a place of any logic at all, and I regularly found myself writing perfectly cogent sentences and paragraphs and then quickly deleting them, swearing at myself under my breath.

I was convinced by the point of our discussion that I was going to fail, not because I didn’t know the answers to the question posed, but because I was lost in a place of only being able to see where I could fall short of an impossible pressure.

Explaining this in one of our sessions, my therapist asked if I thought I would be a significantly better practitioner for scoring 100% on my assignment, or if it was even possible. I replied that I wouldn’t, and it probably wasn’t. She asked – could I tolerate my own imperfections? She called me an egotist. The negotiations were underway.

What internal forces drove that sense of pressure was a topic we would often return to, but managing the symptoms of it was the immediate task at hand, and her guidance allowed me to step back from the panic I was feeling and help me see that the most important thing was just to pass, not prove I was the smartest person in the room. She asked me to produce something that was just ‘good enough’, and to stop punishing myself as much as I clearly was. I was able to see the whole board.

I went home motivated anew and completed the assignment that evening. I was later diagnosed with ADHD, which explained a lot but, in the meantime, her words gave me a lot of comfort and perspective.

My old therapist sadly passed away a couple of years ago, and so will never know how I think of that moment in her counselling room each time I remind my clients that they’re good enough or when I reflect to them that their perfectionist mindset only blinds them to their achievements, even if it falls short of their initial aim. I am parroting her words when I remind them their chastising of themselves achieves nothing other than making them feel worse.

When I see it resonate with my clients, I see the same smile I saw growing on her face; the look of someone who has given another the freedom to be human simply by releasing the pressure valve.

She wasn’t perfect – we had an argument which ran for nearly a year after she insisted she didn’t know who Road Runner and Wile E. Coyote were, and I should explain the metaphor I was using in more detail (she definitely did, despite her protests, but never caved, not even during our final session when I asked her again about it) – but she was more than good enough.

And thanks in no small part to her, there are more people in the world who believe they are good enough too.

Psychodynamic counsellor working in private practice in London and online, and with ADHD charity ADHDUK.