Do you find it difficult to say no?

Say no. It sounds so simple, doesn’t it? But you would be surprised at the number of people who find it hard to say no to others.

Many of you were taught from a young age to be kind and helpful to others, encouraged to be selfless, which are great qualities. But there is a limit to how much you can do before you become worn and stressed out helping others.

The problem is that you are likely to become worn out -  stressed and anxious.

I know only too well from personal experience. I was working for a start-up company, which was struggling to establish itself. I, together with several other colleagues worked really long hours, day after day. Until one day I just burst into tears in the office, I was exhausted. I was sent home with work-related stress.

How work-related stress affects you

I recently worked with James (not his real name, to protect his identity) and I'll be using 'James'' story as an example, although his story is very familiar amongst my clients.

Whenever someone approached James to do something, whether it was a colleague or his boss,  he said yes and not only that, he would do it immediately. Often starting work really early in the morning, or working until late at night.

No wonder he was stressed! He wasn’t controlling his work, it was controlling him. He was rushing around so much that he didn’t give himself time to prioritise. At the same time, he was worried about what would happen if he said no.

He came to me because life at home had become almost unbearable. He was irritable and grumpy. He snapped at his wife and his children whenever he was with them, which wasn’t that often, because he worked long days and most weekends. Work-life balance didn’t figure in his life at all.

He realised he couldn’t continue like this as he was constantly on edge, anxious, tired, and stressed.

Learning to say no

I began by asking him what it might feel like to say no. He looked at me aghast, it would never have entered his head.  I explained that we can say no without actually saying the word.

I guided and helped him find ways in which he could say no, without it feeling like he was being rude. I encouraged him to take action. He started by prioritising his workload, checking with colleagues and his boss when the tasks were needed by. When he felt he was overloaded and didn’t have the capacity to take on more work immediately, he made it clear to others - giving them a realistic time frame.

He stopped working long into the night, apart from occasional times when there was a deadline. But it stopped being the norm. Over a period of time, he reduced his working hours, spending more time with his wife and children. He was also able to factor in ‘me’ time which is vital for us all.

Of course, this wasn’t achieved overnight. But he discovered very quickly that by putting in boundaries and by saying no people didn’t get upset with him, this gave him the confidence to say no in more and more situations.

As a result, he now feels calmer and much more in control. He is less stressed and anxious, and his family has noticed the difference. There is a more relaxed atmosphere, and he told me his family are no longer walking on eggshells wondering what kind of mood he will be in when he returns from work.

When we say no to others, we are saying yes to ourselves, and by valuing ourselves, others begin to value us.

Wendy Capewell is an experienced integrative counsellor who specialises in working with individuals and couples who find themselves struggling because of past negative events or traumas, that are affecting them in life and their relationships. These can range from child abuse to toxic relationships.… Read more 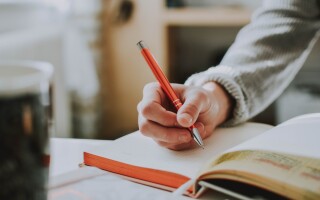 How to reduce anxiety or stress

One of the reasons our anxiety or stress can often spiral out of control is because we confuse the probability of...

How to see behind telling myself, "I'll be FINE"

When so much is happening in your life and everything is feeling like it’s out of control, one way to put...

Autumn has always been my favourite season: vibrant colours, bonfire smells and the return of woolly jumpers and...