The pandemic has caused unprecedented levels of loss and bereavement in our society. Although we are seeing some research emerge now about the impact of social distancing, the long term impacts are still yet to be discovered. 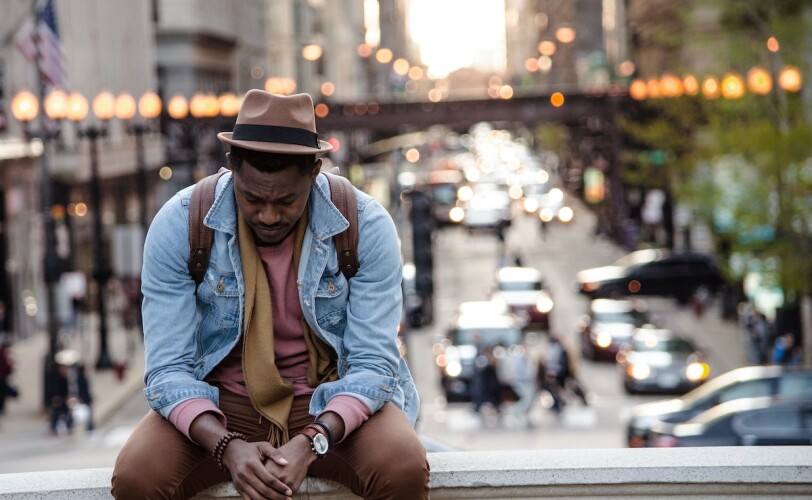 Since the spring of 2020, we have observed the increasing numbers of persons bereaved on our screens multiple times a day. This has led to a level of desensitising of ourselves in order to distance from the emotional pain that this causes. The frequency of deaths reported constantly in mainstream media is unprecedented, something we as a society have not faced before.

This overload of information is contributing to a desensitisation regarding COVID-19 deaths, and the statistical measures dehumanise the experience for the deceased and their bereaved. This adds to the lack of acknowledgement of the person’s grief and can cause this to be overlooked and minimised by society.

In addition, as we are living in a post-truth era, multiple narratives are present. Some narratives that are prevalent today result in people questioning the validity of COVID-19 and subsequently questioning the reality of the bereaved families' lived experiences. This phenomenon of unacknowledged grief can be seen as disenfranchised grief. This can complicate and prolong the grieving process.

The phenomenon that people report of ‘I just don’t know what to say’ or how to express their sympathy can normally be compensated for by their physical presence. Rather than placing importance on words, people can provide hugs, comforting touch or their mere presence to remind people they are not alone (Davies, 2017).

This lack of ability to verbalise themselves comes from a lack of shared belief in life after death, and the fact that most British people under 40 have not experienced a bereavement (Davies, p13: 2017). People’s inability to be physically present and inability to convey a helpful response to someone’s loss can further compound the disenfranchisement.

Grief is not a linear journey, nor is acceptance always the desired outcome.

Through his work with people who had been elsewhere labelled with prolonged grief, he noticed a common theme: these clients felt that they had somehow failed at their grief work, due to the prevalent narrative of acceptance being the final destination. It was Whites’ suggestion that the incorporation of the lost relationship was far more indicated than encouraging further efforts at the forfeiture of it (White, 1988). His saying hullo’ metaphor was the fundamental basis to the tree of life approach.

The impacts of the social narratives are quite significant on the bereaved. If all this resonates with you, know that you are not alone. There is still time to work through that grief. Therapy is a safe space to begin to face and acknowledge your loss. It can be a place to deal with the intense emotions that occur after separation from your loved one after death. It can also be a place to reconstruct and re-engage in your life without your loved one.

White, (1988) Saying Hullo Again: The Incorporation of the Lost Relationship in the Resolution of Grief. Dulwich Centre Publications, Adelaide, Australia.

I'm an accredited Contemporary Psychotherapist. I use creative and dynamic approaches to working with trauma, bereavement, anxiety and depression.