Searching for a specific Counsellor or Therapist? Try our advanced search
Spirituality

So what is it? The simple answer is that it is “what it says on the tin”: it is abuse of a person’s spirit, a person’s soul, what makes a person their deepest self, the self that they truly are; and it is always in a religious or faith context.

There are extreme forms of spiritual abuse; ritual sexual abuse and ritual murder do indeed exist, and there are total institutions of a faith or religious nature which are damaging to their members. But most spiritual abuse is much less outwardly dramatic than that, just as most domestic abuse is invisible from outside unless you know what you are looking for.

So how to spot abuse? For example, is scientology abusive, or does it genuinely “offer a precise path leading to a complete and certain understanding of one’s true spiritual nature and one’s relationship to self, family, groups, Mankind, all life forms, the material universe, the spiritual universe and the Supreme Being” as the website suggests? Is an enclosed monastery abusive, or is it a place perfectly designed for people to come closest to God and to intercede for humankind? I would echo what was once said about domestic abuse: if it feels like abuse, it probably is abuse.

The typical pattern is that a person is drawn in by promises, kindness, acceptance, friendliness, love. It is only later that the abusive, demanding side appears, the side which is specifically aimed at reducing or destroying a person’s self-esteem and their very identity, using precisely those ties which the “honeymoon period” at the start had created. The result is that survivors struggle with the concept of unconditional acceptance. Most spiritually abusive systems are very performance-orientated. God’s pleasure depends on submission to the church’s edicts and the total acceptance of the leadership’s authority. Grace, unconditional acceptance and the like are ideas that are spoken about but never actually experienced.

Something very important to us as therapists follows from that: since spiritually abusive leaders and organisations are performance-orientated and send the message “Don’t trust”, person-centred therapy, being based on unconditional positive regard, can be extremely frightening and disorientating. Unless a therapist realises this, she may herself feel disorientated by the client’s reaction. The survivor’s mind is saying “There is no such thing as unconditional positive regard. Therefore this therapist is faking it, and lying to me for some purpose of her own”. That is the pattern the survivor is programmed to expect.

Thus the therapist’s apparent unconditional acceptance will echo the survivor’s experience in the abusive organisation, and could trigger flashbacks; perhaps flashbacks to the first occasion when the façade of loving acceptance “slipped” and turned to criticism and hostility and he suddenly felt totally abandoned by the organisation to which he had given his trust and – literally – his life. If the therapist is not aware of what is going on, she will find it hard to grasp why the effect of giving unconditional positive regard is as if she were giving the opposite.

Another thing we must realise when counselling a survivor of spiritual abuse is that if, as Carl Rogers believed, we are helping the person to become “the self he truly is” then we are touching on the very target of the abuse: “the self he truly is”; it is a bit like invading the physical space of a rape victim. You will understand this better when you understand the concept of cult pseudo-personality, which is key to the whole subject of spiritual abuse.

When survivors look back at their time with the abusive organisation they often say things like “I can’t understand how I could have gone along with that”; “That just wasn’t me!”. One survivor said “I lost myself completely”. The personality they had while in the organisation was indeed not their own; it was a pseudo-personality, created and imposed by the organisation. It is a sort of group-think, but systematically imposed; it is aimed at changing the self, or rather, if this is impossible, the self-concept: it is carried out mostly by a programme of thought reform and coercive persuasion. Parallels have been drawn with hostage-taking; the process of thought-reform program has also been likened to gaining weight, a few ounces, a half pound, a pound at a time. Similarly with brainwashing, each adjustment is slight, but the cumulative effect is a new psychic attitude or mental outlook.

Such radical surgery on the self results in deep trauma; the pre-cult self may not be available for therapy when a client first presents himself; the counsellor must know how to bring the survivor out of that pseudo-personality before therapy properly so called can begin.

I am still a person of faith (a member of the Religious Society of Friends) and there is a phrase attributed to Jesus that I go back to if I am questioning whether an organisation is abusive: “I have come that they might have life, and have it in abundance”. Do you feel (not “think”) that “life in abundance” characterises the organisation you belong to? Yes? It is probably not abusive. No? It might bear looking at more closely.

I am a counsellor with a special interest in trauma, abuse and dissociation, and specifically in spiritual abuse. I am also a survivor of spiritual abuse. If you are struggling with experiences in a religious organisation, past or present, or simply would like to know more, don’t hesitate to contact me.

Find a therapist dealing with Spirituality 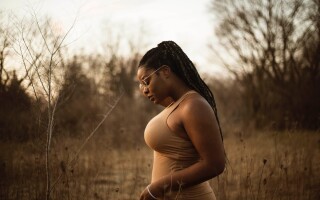 How our own beliefs can heal us

For many of us, religion and spirituality is a source of comfort in day to day life and, when it comes to mental... 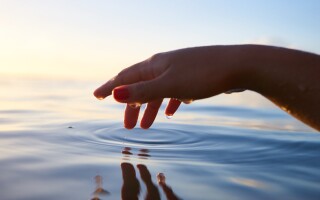 Time and time again I've come across clients and friends who say "How do I get rid of my ego?" or "This is... 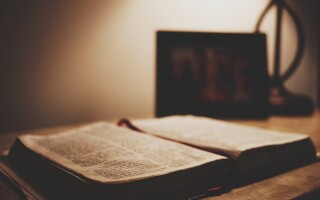 Narcissism belongs to ancient Greek methodology, where one of the young Gods (handsome Narcissus) fell in love...