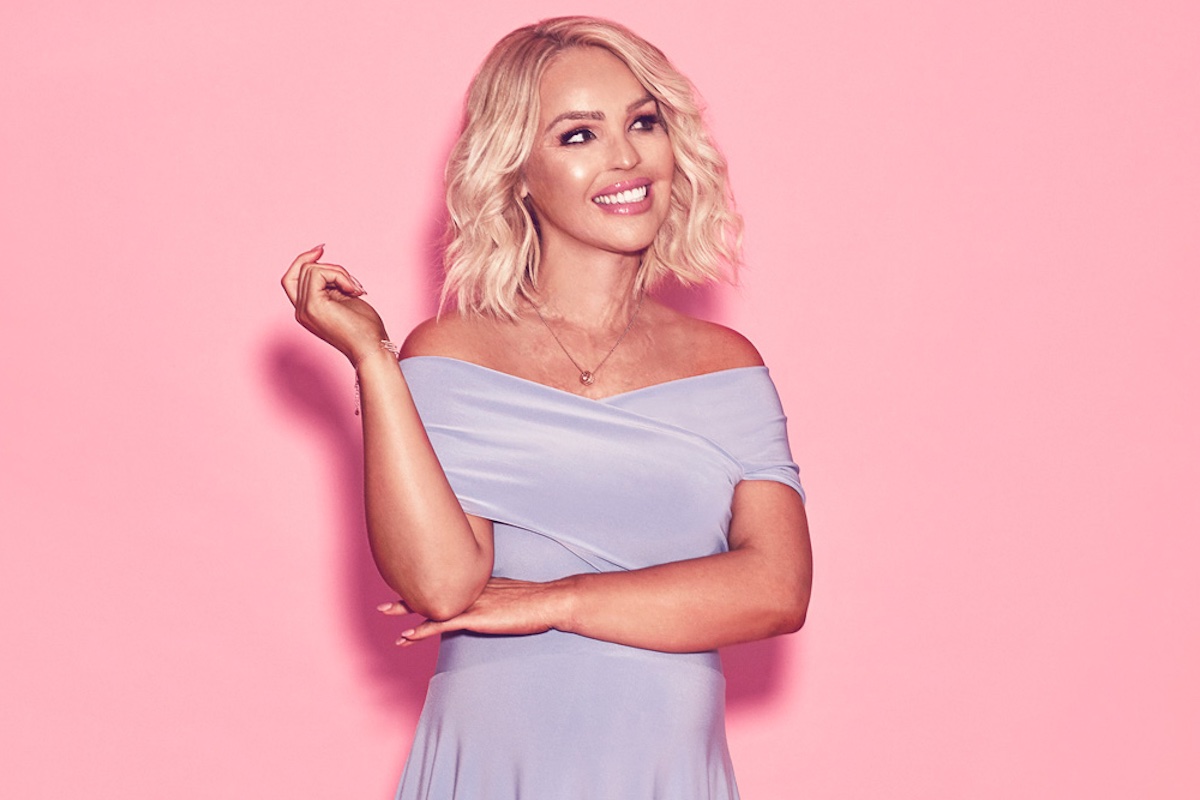 Before her attack, Katie Piper was a regular girl. Now, she’s a household name, an inspiration.

Acid attacks are, sadly, still making headlines, ten years after Katie’s own traumatic attack. Things may not be changing for the world, but in Katie’s life, things are certainly changing for the better. In this heart-felt interview with Happiful, Katie opens up about motherhood, recovery and how her life has changed.

Surrounding yourself with positive communication enriches your life.

In 2008, Katie’s life was turned upside down. After dating now-convicted Danny Lynch for just two weeks, she was attacked and assaulted. Lynch beat her, raped her and threatened her life. And that wasn’t the end of it. For two days after the attack, Lynch harassed Katie, phoning her constantly and demanding to know her every move, ensuring she didn’t report him to the police.

Defeated, Katie agreed to read an email he had sent. On the way to a local internet cafe, a man threw sulphuric acid in her face. A man ‘hired’ by Lynch.

The acid not only burned her face, she was blinded in one eye and some of the acid went down her throat. Ten years on, Katie still has issues with her digestive tract.

Speaking to Katie, the Happiful team can hardly believe this happened to the strong, confident and charismatic woman standing in front of them.

And yet, the UK saw 601 reported acid attacks in 2016 - with a staggering 454 of these committed in London. In an open letter to the medical journal, ‘Scars, Burns and Healing’, Katie wrote: “For acid attack survivors, the aftermath is a life sentence."

In the letter, Katie refers to the need for stricter laws to make it more difficult to purchase corrosive substances, and for sentencing to reflect the devastating impact of the crime. Survivors certainly should not be living in fear of the day their attacker is released.

“I think you can never predict when somebody’s has something that causes PTSD - people are in and out of treatment for the rest of their lives. And that’s why we call it a life-changing injury.” Katie tells Happiful.

On her own recovery, Katie has been incredibly open about getting support, and the importance of self-care and your mental health. While she has the support of family, she is an advocate for professional help when dealing with trauma.

She recalls how she started receiving counselling immediately after the attack, and still goes to this day.

“It’s not like I’m necessarily going to the therapist to talk about what happened to me now,” she says. “It might be regular things, like work pressures or my own relationships.”

For many people, trauma can break you, until you're a shell of your former self, but for Katie, it’s propelled her forwards. She fully embraces life; she is a mother, a wife, a business woman and campaigner. Despite facing the unimaginable, she has shown superhuman resilience and refuses to let it define her. In fact, she defines herself.

I'm 10 years' post-injury now. It took me six years from my own injury to meet my husband. It's proof that things do get better, but recovery is that - an ongoing thing.

Katie now sees the devastating trauma as part of her journey. Making her the awe-inspiring person she is today. But, Katie doesn’t think of herself as a victim. The attack did not defeat her, and she is dedicated to letting others know it won’t defeat them, either.

Follow Katie on Instagram @katiepiper_, or visit katiepiperfoundation.org.uk. Katie Piper’s debut live show, What’s in My Head, will tour the UK in spring 2018.