Cheating in a relationship: Does it have to be the end?

As a relationship counsellor, I have had met with various couples, all with their own experiences and stories to tell. An important thing to take into consideration is the definition of what constitutes cheating as this varies depending on every couple. For example, in some relationships, flirting with someone of the opposite sex, initiating a relationship even if you don't have one, with a member of the opposite sex, or even sending suggestive pictures, photos or texts by phone or online could be considered as cheating.

In other relationships, nothing other than kissing, sexual contact or sexual intercourse is considered as cheating.

The reason this is important is that it is something that all couples should make clear at the onset or during their relationship so that is known, accepted, agreed and understood by both parties. The act of cheating is one thing but the aftermath is a completely different thing and that is why each couple needs to make the decision for themselves about what they are going to do once cheating occurs.

The impact of cheating includes broken trust, self-doubt and loss of self-worth, confusion about the relationship and feelings of disillusion in regards to the relationship. Broken trust can affect couples but can also affect individuals who are not in relationships but have previously been cheated on and now struggle to trust others. Those feelings can also be compounded when multiple cheating occurs as the person who has been cheated on feels like they have worked through the issue but then it happens again. It is common for someone who has been cheated on to blame themselves. They may ask the following questions "Why am I not good enough?", "Did I do something wrong?", "He/ she cheated because I didn't do a, b or c". This type of thinking can lead to the person feeling low and in some cases, depressed. Within some households or cultures, those thoughts may be used as a way of protecting the person who cheated by taking the blame yourself (he is a good man or she is a good woman so if they cheated, it must be because of something I did).

Both parties make the decision that you are going to fight for the relationship and 'not give up'. This is important as it indicates that you are both committed to doing the work to repair and build the relationship back up again. Try not to sweep things under the carpet by saying things like "We won't ever mention the affair again". I believe a relationship has a better chance of succeeding following an affair if the issues are worked through properly. Although this may be painful for some couples, the outcome will hopefully mean that there are no unresolved issues. Don't forget it happened but don't make the affair the focus of your relationship going forward. Put all of your time and energy into working on repairing and rebuilding your relationship. If this means that you have set times where you express your feelings about the affair, have regular couples therapy or write in a journal, then do it. The key is to repair, rebuild and focus.

Cheating affects both the cheater and the person who has been cheated on in different ways but it doesn't have to be the end of the relationship unless you want it to be. 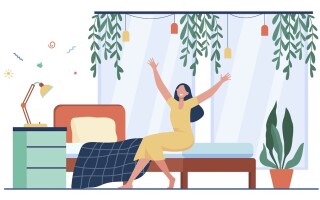