About shame: cause and effects

The experience of toxic shame is so profound that it brings us to want to hide or cover up part of ourselves. Shame-based experiences bring up the belief that 'I am bad', putting to threat the integrity of the self, and being shamed feels incredibly exposing.

Developmentally, shame appears early in life, between the first and second year of life, when the child becomes more separate from the parent. Since shame presents itself at a very young age, a lot of shame can be pre-verbal, therefore deposited and manifested in the body. Yet shame isn't always toxic. When the young child begins to go out into the world, healthy shame can teach him/her the limits and boundaries, protecting the child within society and its expectations. Toxic shame is another matter, as it relates to the experience of feeling ashamed and very often continues to affect us later on in our lives.

The main causes of shame can be the consequence of a felt betrayal by others, or broken trust through disapproval or humiliation. Furthermore, parental withdrawal and rejection can cause immediate shame reactions in young children. Shame also occurs when the parents have high expectations of behaviour from their child and react with anger or embarrassment when the child does not live up to those standards. Moreover, punishment for failure and humiliation over the child's expression of vulnerability or distress typically creates shame. The child’s superego can become pathological and develop into a harsh inner critic that is internalised and continues to have a strong effect later on in life. In addition to this, shame can be experienced at different stages of life, such as adolescence and ageing, due to the changes that result from these times; or can be linked to sexuality, failure or vulnerability amongst others.

Moreover, shame is often associated to traumatic experiences and is a fear-based emotion, which, as clearly described by Levine, can become deposited in the body. Peter Levine (2010) describes how trauma and the fear of being shamed can lead to a state of immobilisation and dissociation in which the body shuts down in order to protect itself from such experience.

As Brené Brown underlines in her TED talk “Listening to Shame”, “Empathy is the anecdote to shame”, and “if you put shame in a Petri dish, it needs three things to grow exponentially: secrecy, silence and judgment. If you put the same amount of shame in a Petri dish and douse it with empathy, it can't survive. The two most powerful words when we're in struggle - me too.”

This is the reason why sharing our story is so important. Therapy can truly help people uncover and heal from the destructive effects of toxic shame.

Eleonora Corvetta is a counsellor and psychotherapist, with private practice in Central and South West London, where she works with adults and young people. After completing her degree in psychology and master's in Psychodynamics, she continued her training at Re-vision. Member of BACP and UKCP. Eleonora has a relational and creative approach. 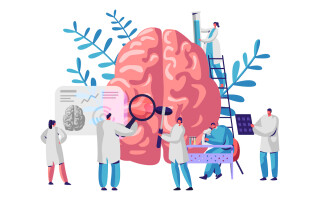