In a non-judgemental way I would like to understand the issues that are troubling you. I deal with a range of issues such as; relationship difficulties, anxiety, depression and compulsive behaviours.

The underlying causes of your problems will be explored and consideration given to what might be preventing you from finding solutions. The aim of Analytical Psychotherapy is to help you understand yourself better so that you can change your behaviour in ways that will enable you to move forward in a more satisfying and constructive way.

My consulting room is based about five minute walk from Sedgley Town Centre. It has free parking available. Also you can reach it via public transport.

I have been established in private practice since 2003. The road to becoming a Counsellor and Psychotherapist began when I completed a BPhil degree in Community, Youth and Play work in 2001 with Birmingham University. I had recognised the value of using counselling skills within the setting I was working. As a result I enrolled and completed an Advanced Diploma in Person Centred Counselling at Wolverhampton College in 2003.

In 2003 I was also successful in becoming a member of the British Association of Counselling and Psychotherapy (BACP). This enabled me to become established in private practice. During the period from 2003 to 2008 I completed an MA in Solution Focused Brief Therapy at Birmingham University, followed by an Infant Observation, awarded by West Midlands Institute of Psychotherapy (WMIP). I then gained accreditation status with BACP.

In October 2015 I was successful in passing the training in Jungian Analytical Psychotherapy and becoming a member of the UK Council for Psychotherapy. December 2016 I became a member of the British Psychoanalytical Council (BPC). I currently work full-time in private practice and I am an associate counsellor/psychotherapist to the Professional Footballers Association (PFA) in partnership with the Sporting Chance Clinic.

I am the current editor for the West Midlands Institute of Psychotherapy e-bulletin, visiting lecturer and training committee member on the training in Analytical Psychotherapy Training.

Please visit my website for more information about my approach.

BACP is one of the UK’s largest professional bodies for counselling and psychotherapy. Therapists registered with the Association fall into a number of different membership categories such as Individual Member, Registered Member MBACP and Registered Member MBACP (Accred), each standing for different levels of training and experience. MBACP (Accred) and MBACP (Snr Accred) members have achieved a substantial level of training and experience approved by the Association.

Registered members can be found on the BACP Register, which was the first register to achieve Accredited Voluntary Register status issued by the Professional Standards Authority. Individual Members will have completed an appropriate counselling and/or psychotherapy course and started to practise, but will not appear on the BACP Register until they've progressed to Registered Member MBACP status.

All members are bound by a Code of Ethics & Practice and a Complaints Procedure. Accredited by the Professional Standards Authority.

BPC registrants are governed by a code of ethics, a policy of continuing professional development, a statement on confidentiality and a complaints procedure. The BPC is a Member Society of the European Federation for Psychoanalytic Psychotherapy in the Public Sector (EFPP). Accredited by the Professional Standards Authority.

For further information please contact me either by phone or email.

To arrange an appointment I would prefer you to telephone. If I am not immediately available, please leave a message and I will return your call as soon as I can. 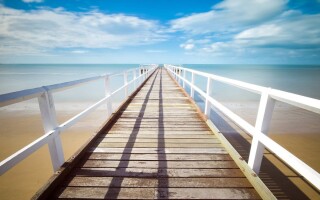 ‘Everything can be taken from a man but one thing: the last of the human freedoms—to choose...

How can you have feelings without the feelings having you?

Generally, one of the main difficulties that can be encountered in the work of an analytical psychotherapist is...

The idea for the above title occurred during a conversation with my supervisor, when discussing a patient, who was...

I have decided to reflect on this issue for two reasons, the first reason being the recent news report (BBC...

As an analytical psychotherapist, I encounter quite a few people who struggle with panic attacks. What becomes...

This is a type of addiction that is not as widely known but can still be as debilitating as other high profile...

The purpose of this article is to try and bring the concept of omnipotence to a wider audience. I hope by...

Anger management: “How do you transform a raging lion into a...

Anger is a natural, healthy emotion that can drive us forward and help us to overcome adversity. I would also...

Psychological gym: The Workout for the mind

The aim of this article is to try and remove some of the barriers that might prevent people from accessing mental...

Save Saved Message me
View location on map

I offer supervision to both counsellors and psychotherapists.

If you have skype installed you can select the link below to call Shane Sneyd MBACP, UKCP & BPC.

Save profile Saved Call me