Six traps that foster your anxiety

Psychiatrist Robert Leahy begins one of his books on anxiety and worry asking the readers quite a particular question: if you had to explain to a martian what anxiety is and how an anxious person resonates, how would you do it?

Usually we are so trapped by our worries and anxieties that we tend to get hooked on a sense of danger and urgency, not thinking about the thoughts that are causing and/or maintaining this psychological state.

Let’s see which are the common “rules” of thought that anxious people usually obey and that can be themselves, as a matter of fact, a source of anxiety. These tendencies are considered by cognitive behavioural therapists the main constructs of anxiety, thus targeted by treatment.

1. Personal responsibility: “if something bad could happen, it is your responsibility to prevent it”. Very often anxious people perceive an excessive sense of responsibility, stronger than the actual one.

2. “Uncertainty is intolerable and there is no space for doubt”. Anxious people tend to avoid situations characterised by uncertainty, as usually they forecast negative outcomes out of it. Getting control over situations is very often the preferred mean to overcome uncertainty.

3. “Negative thoughts are true and real facts”. This is the so-called thought-action fusion; a cognitive bias where thoughts can be confused as actions and facts, and not as just mere interpretations and subjective constructions of reality. People using this bias often believe that having a negative thought may have a strong (and unrealistic) impact on the actual realisation of that thought in the real world.

4. “If a negative thing happens, it reflects me as a whole person”. Anxious people usually tend to negatively judge themselves generalising a single bad result or behaviour to their person as a whole.

5. “Failure is unacceptable”. Failing, instead of being perceived as a possible source of learning, is seen in a very rigid way, often with no alternative explanations. Making it scarier than what it could be.

6. “You must get rid of negative emotions straight away, because they are dangerous and you are not able to deal with them”. Painful emotions are often considered as useless and source of further negative emotions. As a consequence, one of the aims of anxious people is often not to feel negative emotions, locking down such important information about their inner world.

If you suffer from anxiety and you recognise yourself in obeying these “rules of thought”, you may start questioning how useful they are and start to change your approach.

Cognitive behavioural therapy may help you change the way you resonate and cope with anxiety in a different way.

Ilaria Tedeschi is a cognitive behavioural psychotherapist, BACP and HCPC registered, working in Marylebone and Chelsea both in English and Italian, with adult and adolescent clients experiencing depressive, anxiety, sleep and relational issues. 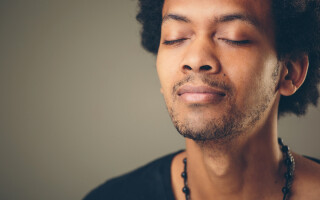 We all know how Christmas can be stressful. After the festive period, many of us feel like we need another holiday...

Let’s face it, the holidays are tough! No matter what you celebrate; Christmas, Hanukkah, Kwanzaa or even...

Let’s face it, the holidays are tough! No matter what you celebrate; Christmas, Hanukkah, Kwanzaa or even...