On Valentine’s day, I enjoyed a romantic dinner with my wife. Later in the evening I quickly threw a notepad and pen into a bag in preparation for a meeting the following morning. The meeting involved therapists giving and receiving support from peers on cases they were dealing with. While participating in the meeting, I was struck by a common theme involving helping people to tip the balance from dwelling on shame to recognising what they’d done to turn their lives their life around. I had the idea of drawing on the case material and turning it into a fictionalised composite on which I might base an article. So, on the tube coming home, I created the story of Sarah - my fictional client. 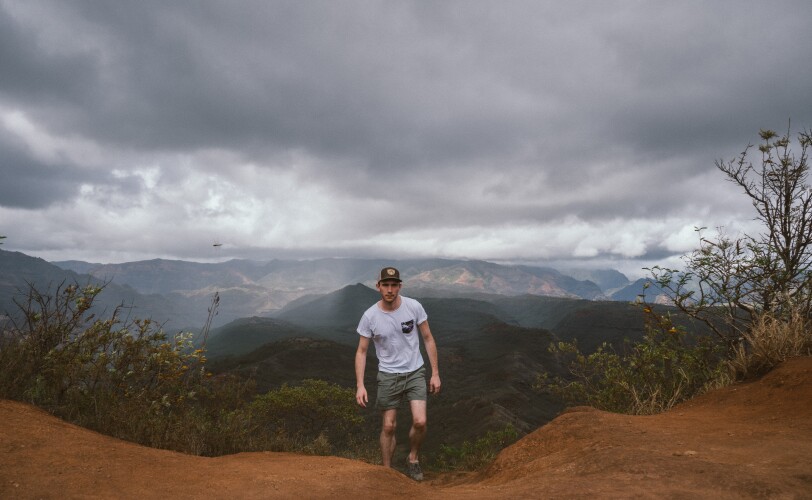 Sarah is a successful lawyer, married with two young children. As a child, she had an emotionally absent and controlling mother and a largely absent father. An early romantic relationship had been abusive. To cope with the stress of her job, she drank. When she did so, she became violent. Eventually, her husband called time on the marriage. Sarah said her sense of shame and failure prompted thoughts of suicide. She said if it were not for her children, she’d probably have gone through with it. Instead, she committed to change. She attended an anger management course and engaged in therapy for a year. She said that recalling how she’d coped with sadness and loneliness as a child, and again as a young woman, gave her the inner strength - the emotional resilience - to see her transformation through.

Later in the day when the idea of the article had receded a bit, overtaken by the more mundane chores of shopping and repairing a kitchen drawer, I received a newsflash on my phone telling me that Caroline Flack - the presenter of Love Island - had taken her life. I was stunned and immediately saddened. I was a fan of the show (I’d used it previously to write an article called 'What Love Island Can Teach us About Relationships'). I thought Caroline was the perfect host - sassy, warm, and empathetic - full of life. I didn’t know her but experienced her passing as a personal loss. The thought crossed my mind that, as I was packing my bag to attend a meeting, she was taking her life. It gave me further impetus to complete my article.

Coincidentally, a couple of days before Valentine’s, I attended the Annual Meeting of The National Association for Children of Alcoholics (Nacoa). Nacoa’s mission is to address the needs of children growing up in families where one or both parents suffer from alcoholism or a similar addictive problem. The meeting included celebrities from the arts, sport, literature, journalism, and politics. Well-known personalities recounted their own story of growing up in families with one or sometimes both parents in active addiction.

The speakers came from different backgrounds. Some had been born into poverty; others with a silver spoon. The pictures they painted were moving, often harrowing, and immensely humbling - stories of childhoods blighted by emotional and, in some cases, extreme physical abuse, living with fear, uncertainty, and frequent chaos, constantly on edge, focusing on survival. Strikingly, while the speakers recounted remarkably similar experiences of emotional deprivation and hardship, there were equally striking similarities in their stories of recovery.

Each speaker stressed that while they wouldn’t wish what they’d gone through to be experienced by another child, coping with and ultimately surviving their own experience had equipped and shaped them in ways they wouldn’t change. An actor talked about becoming adaptive, standing her in good stead in her career. A sports coach talked about acquiring physical strength as a response to his abusive mother. Central among these individual responses, however, was the theme of emotional resilience. Each presenter identified resilience as the key. Acquiring it and being able to draw on it an early age had allowed them to cope then and in the future with what life threw at them.

It struck me that so much is written about emotional resilience - the focus of a great number of self-help books is on how to acquire it. Yet little, if anything, has been written around the idea of recognising and building on resilience that is already there. Many individuals who go to counselling have been battling personal demons for a long time. They haven’t gone under. Life has been painful for them - for some it's been horrendous - but they have survived. They have survived because they have resilience. Identifying that resilience and how it has served them can help build confidence that they can and will cope in future. Of course, alongside that, other interventions will be needed, such as acceptance, challenging negative automatic thoughts, and promoting a positive sense of self, but putting people in touch with their resilience provides a powerful foundation on which to build.

A second common theme in the positive positioning of Nacoa speakers related to accepting themselves together with their past - seeing themselves as a whole being, part of which was a difficult past. It was not a past that they would have willingly chosen but it had shaped them. Ultimately it made them stronger and better. Speakers recounted how their childhood had shaped their approach to parenting - wanting to provide all the things their childhood lacked - notably demonstrative love, nurture, and safety. They spoke movingly about wanting to create a bond with their children that they hadn’t experienced when growing up feeling alone and isolated.

A third theme related to forgiveness. Despite their chaotic childhoods, the speakers recognised that their suffering wasn’t deliberate. They recognised that their parents were in the grip of addiction. They were powerless. While as children they rarely experienced demonstrative love, certainly not on a sustained basis, they didn’t doubt that, beneath the addiction, love was there. In their homes parenting was often reversed - they nursed a parent who spent much of the day in bed, they cleaned up the blood from drunken accidents, they tidied the house - some being made to scrub floors. For all these children, the only way to survive was eventually to escape - to leave home, some doing so at a heartbreakingly young age. Yet all of them in later life found forgiveness. That forgiveness was redemptive.

Reflecting on the Nacoa evening made me think about cases that have similar themes, some of which I’ve summarised below into another fictionalised composite called Robert. Robert had a long-standing addiction to alcohol which cost him his job and his marriage and severely prejudiced his relationship with his teenage daughters. At one stage things were so bleak he attempted suicide, about which he subsequently felt deep shame. Constructive engagement in therapy and with Alcoholics Anonymous helped him to turn things around. He got back on the career path and became a director in the publishing company where he worked. Although his wife remained distant, he repaired his relationship with his daughters.

Nonetheless, Robert remained plagued by shame. He bitterly regretted the loss of his wife’s love and the status that he’d enjoyed in his previous job. He replayed former incidents of late-night drinking which led to lapses of judgement around drugs and gambling, with dire financial consequences. He said he felt he’d wasted his entire life and found it difficult to see a fulfilling future.

I believe that people can find their solutions, but at times of great stress, they may need help to do so. Thus, the role of the therapist is that of a guide. In Robert’s case, engaging in therapy eventually led him to solutions which involved seeing himself very differently and changing his approach to life. Eventually, he recognised that there were two opposing elements of his story - one about alcoholism and the other about recovery and redemption. He realised it was up to him which one he focused on. The positive story was about courage and recovery. He was no longer the drunk hanging out in nightclubs and casinos. He had left that person behind.

As he repositioned around the redemptive narrative, he came to two more important conclusions. Rather than reflect negatively on having wasted part of his life he concluded that he should give meaning to the remainder of it. To do so, he said he would lead the 'good life' - one based on things he valued. In that model, he would give less weight to the illusory nature of work and material success, and focus on what was most important to him, notably relationships. Secondly, he concluded that his past, although it wasn’t what he wished for at any level, equipped him to face life’s most demanding challenges. He recognised his emotional resilience.

So, looking back on what I’ve written, thinking about Sarah and Robert, and attending the Nacoa meeting, has led me to identify five key factors in helping people to turn their lives around;

I believe these five factors represent core elements in a model of change that helps individuals to move from a narrative based on failure to one based on recovery and redemption.

Brian has a private practice in Harley Street, providing individual and couple counselling. He trained with Relate and has an MA with Distinction in Relationship Therapy. Before becoming a therapist he worked in change management in international corporations. He believes the client-therapist relationship is fundamental to successful outcomes.