Anger in bereavement - how counselling can help

Anger is a common, normal response to bereavement. We get angry when we cannot control what is happening to us. It can be one of the most confusing feelings during bereavement, and is at the root of many problems in the grieving process.

If anger is not expressed in a safe way it can be a very damaging emotion, eating away at the bereaved person and destroying relationships vital for overcoming loss. Quarrels commonly resulting from ill-directed expression of anger during the acute stage of grief, may lead to social isolation or loss of support from friends and relatives at a time when it is most needed. Anger can create a vicious circle whereby friends and relatives tend to back away when the bereaved are hostile and angry which in turn leads to increased anger.

Where there was an ambivalent relationship with the deceased, there is often unresolved anger which people may have problems in expressing e.g. denial of anger towards the dead person or an excess of anger to others. Unless this is addressed, the grieving process may become ‘stuck’.

Often grief includes a period of intense and sometimes difficult emotions frequently involving anger. Anger in bereavement can be a fluctuating emotion. This ability to go in and out of emotions gives the mourner opportunity to enter deeper feelings at certain times whilst getting a little peace at others, so that they can gain strength.

Anger can be experienced in many ways within the grieving process. Some clients are able to talk easily about their feelings of anger; many others initially express it as envy, resentment, injustice, hatred or blame. For example, blaming oneself for not noticing that the person was unwell or blaming the deceased for dying. Blaming can cause guilt and further anxiety and become a vicious circle. Sometimes people get survivor guilt or may feel it is safer to be guilty than angry.

People may wonder why and what they have done to deserve the loss. They may take out their frustration, hostility and irritability on family and friends or be overcome with a deep sense of resentment. Anger may be directed at the dead person, at other people such as friends, family, medical people, or at oneself or even to God.

It is normal to feel angry with the dead person. For example, ‘how could you desert/deprive me/the children?’, ‘why didn’t you take more care of yourself?’, ‘why didn’t you share with me your fear of death?’,’ ‘why are you not there to protect /advise us?’ Anger towards the dead person is particularly likely when the death is seen as unnecessary e.g. the result of accident, neglect or self-destructive behaviour.

If this anger is unexpressed it may be internalised, with the bereaved person experiencing feelings of guilt and self- reproach; sometimes leading to depression. Anger turned inward has been described as 'one of the riskiest maladaptations of anger'.

Denial and repression of grief may be fostered by the UK culture of ‘stiff upper lip’. Some clients are able to show more ‘socially acceptable’ emotions such as sadness but drawback when on the verge of exploring more ‘difficult’ emotions such as anger. This may leave them unable to complete the grieving process. A counsellor may be able to feel and hold the anger that a client is currently unable to express.

Not all mourners need to feel anger, but if the anger does come, it may be part of the healing process. After expressing these feelings and being made aware that such feelings are normal, people may be more accepting of these ‘difficult’ feelings and the anger decreased.

However, where there have been significant problems such as an ambivalent relationship with the deceased, or where the normal grief process has been suppressed (either deliberately or unconsciously), people may have significant difficulties and get ‘stuck’ in the grieving process, this is known as ‘atypical’ or ‘complicated grief’.

Why anger needs to be expressed and how counselling helps

Loss needs to be accepted emotionally as well as logically and this may involve working through feelings of anger.  Where anger predominates and is unfinished, it may eventually act as a defence against positive feelings (however few these may be).

Counselling can help people re-define the relationship they had with the dead person by getting in touch with their feelings and ‘reframing’ their perspective. Counselling can also offer a variety of safe ways to enable clients to express their anger with the deceased.

Bereavement counsellors adapt their support to meet the needs of the individual and the particular grief they are dealing with. It is important to convey the message that the expression of anger is normal and permissible and that counselling provides a safe place in which to express it.

For complicated grief, it may be necessary to revive good memories of the deceased, as this will provide balance and enable the client to get in touch with negative memories later. A client may need to be enabled to realise that by being angry they are not letting the dead person down before they can freely express their anger.

Once angry feelings are identified, the client needs to be helped to see that these do not obliterate the positive feelings and indeed are there because he or she did care for the deceased. If the therapist merely evokes angry feelings without seeing them adequately resolved, the client may be worse off than before.

Share this article with a friend
Article Tags
Bereavement

About Me
I can help you can gain awareness of your issues and how to deal with them and to accept yourself and your emotions to achieve peace of mind and fulfilment in all aspects of life. I work with whatever issues you bring; these may be life issues such as bereavement, grief and loss. Also relationship issues, mid-life crisis, trauma and abuse, family issues and problems such as stress,… Read more

Save Saved Message me View profile

Find a counsellor or psychotherapist dealing with bereavement

As a child, I did not look like what most people picture as a kid with ADHD. I was shy and quiet. In school, I would... 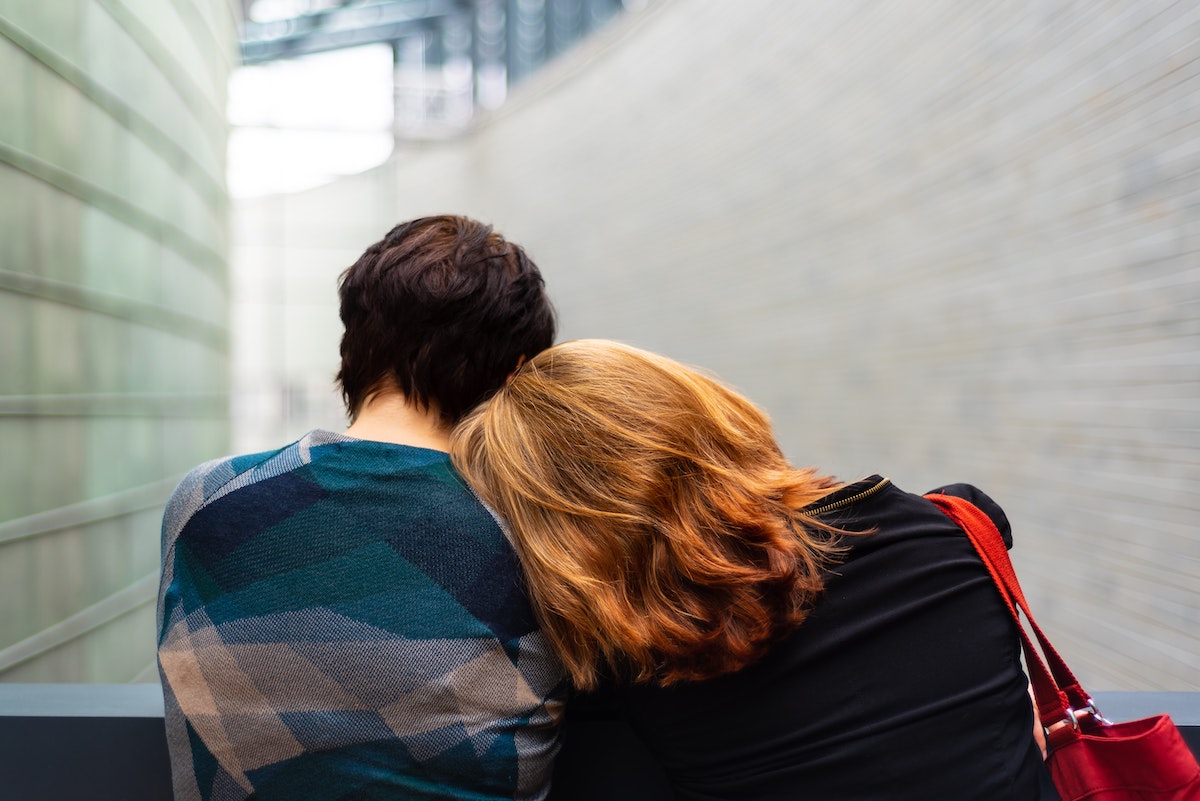 What are the 7 stages of grief?

Julia Usher, the founder of Ashes Memorial Jewellery, explains the 7 stages of grief.

The hidden bruise: Reflections on grief and grieving

Imagine you’re walking in a park one day. Some children are playing a ball game, and the ball accidentally...