An overview on eating disorders by Mick Green

Eating is one of our innate survival drives that initiates appetite, resulting in the intake of food. Like breathing and reproduction, these drives are hardwired into every human being.

Most of us think about food daily – what we’ll cook for dinner, what we need to shop for, dining out etc. This is normal.

It is considered typical at times of stress that we may eat less, or have no appetite. i.e. loss of a loved one or a traumatic event can induce a suppressed appetite. This is our natural way of self-preservation in case the need for fight or flight occurs, eating and digestion will not get in the way or use up valuable energy. Feelings of nausea and or vomiting during a particularly stressful time are common.

We may also restrain from eating certain foods at times of dieting or in pursuit of fitness. Changing eating habits from time to time is measured ordinary.

However, if you are eating less or eating more than what is considered a balanced diet for your height and weight consistently over a long period of time (usually at least a year) this could indicate a progressive eating problem leading to an eating disorder.

What's the difference between an eating problem and an eating disorder?

An eating problem is any kind of relationship with food that you are finding difficult.

An eating disorder is usually medically diagnosed, taking account of your signs and symptoms. A doctor will look at your eating patterns to make a diagnosis. They may measure your weight or body mass index (BMI), and or take blood tests.

The following are all categorised as eating disorders (ED’s):

A tragic sign of anorexia nervosa is the distorted image suffers have of themselves, despite what family and friends may say.

Usually referred to as just bulimia. Like anorexia nervosa, the majority of individuals suffering from bulimia are young females under 35 years of age. That said, it is not unusual for older females and males to be bulimic.

In contrast to anorexia, bulimics tend to be of normal weight, with normal BMI. Therefore, from those outsides of the bulimics world, it is difficult to comprehend an eating disorder. Sufferers binge, consuming large amounts of food in a short amount of time. Then offload the huge amount of food consumed by what is known as purging. Purging of food is by induced vomiting and or taking laxatives. Over time, induced vomiting decays teeth and hardens the skin on the knuckles.

Depression, anxiety, poor self-esteem, angry outbursts and lethargy have been connected to sufferers of bulimia.

Categorised by repeated frequent eating. Signs are like those presented in bulimics but typically without the purging. As a result, sufferers tend to be generally unhealthy and overweight with BMI indicating overweight, obese or seriously obese. Family, friends and GP’s may challenge weight and health of the binge eater, leading to more overindulging. Attempts to diet or restrict intake normally only work in the short-term. Often leading to physical intervention via invasive surgery to restrict and limit stomach capacity. Costly surgery on its own is not always the answer as underlying psychological issues are likely to be the route cause.

BED is the most common of eating disorders amongst adults. With less prominence than anorexia or bulimia, a common mistake of BED suffers is the associated misconception of choice or willpower without exploration of the cause.

Low self-esteem, abuse, and depression are linked with BED.

Defined paradoxically as an unhealthy obsession with healthy eating.

Orthorexia nervosa is probably the most misunderstood of all eating disorders. Only recently recognised by health professionals, and yet to have a clinical diagnosis in the latest edition of the Diagnostic Statistical Manual of Mental Health (DSM-5). Individuals develop a fixation of eating healthily. Becoming consumed with normal priorities for living slipping in favour of their obsession to righteous eating.

All the above ED’s are common and we probably all know someone who has an unhealthy relationship with food. Most will not seek help until challenged via family, friends or employers. Like addiction, those suffering from an ED are as much in denial as the alcoholic drinking herself to death. I urge you all to not stick your head in the sand and be afraid of seeking support. You just might be the first step on the road to recovery.

For intervention, help and support with an eating disorder or if you just want advice on someone you think may be suffering, contact a counsellor to offer support. 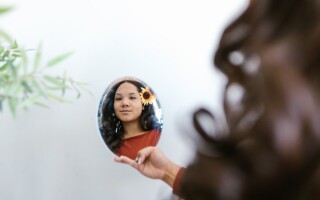 How to recognise our unhealthy relationship to food

If you have ever been on a diet, then you will know how difficult it can feel. What drives us to go on a diet or...