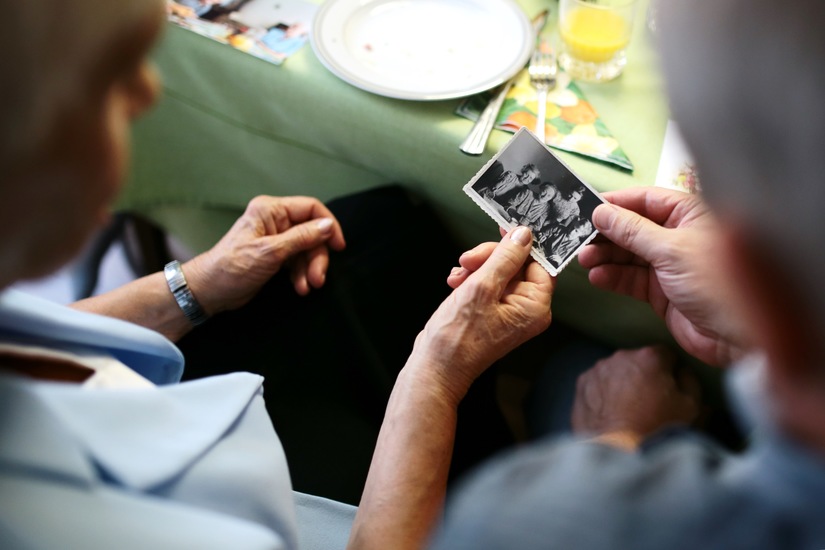 Gogglebox stars June and Leon have been together for 60 years and admit to never spending much time apart. Yet according to Age UK, for three million people aged 65 or over, the festive season is a time of isolation and loneliness.

June, 78 and Leon, 81 are seen reacting emotionally to the Age UK advert, discussing how they have always looked after one another.

June said, “Leon and I have been together for more than 60 years and I couldn’t imagine my life without him. We are very fortunate to have each other, but sadly there are so many people who simply have no one to talk to.”

The couple are delighted and proud to be supporting the campaign, Leon said, “I’ve always said I’ll be fine as long as June is by my side. Everyone deserves companionship and support in life. It’s heart-breaking that so many older people feel there’s no one they can turn to.”

Age UK launched the campaign in November and aims to raise awareness of the loneliness surrounding older people during Christmastime.

Research carried out by the company revealed that while loneliness is a problem all year round, over a million older people go without speaking to a loved one over the festive season. The research discovered the reasons behind the high numbers is due to families being more spread out, from increased divorce rates to the changing job market requiring relocations.

While more people turn to electronic communication, older people are at risk of being left out from these ever-changing conversation channels.

Loneliness poses a big health risk to older people. Home Care suggest loneliness can be as harmful as smoking 15 cigarettes a day and feeling lonely can increase the risk of developing health conditions, such as dementia and depression.

Charity director at Age UK, Caroline Abrahams said, “It is time that everyone realised that loneliness is not an inevitable part of ageing. It is a serious condition which can be hugely damaging. We all have a responsibility to take action and help the older people around us.”

Age UK urge people to contact their older friends, neighbours and loved ones this Christmas. To help older people enjoy the festive season and end loneliness, you can donate £3 by texting “CHRISTMAS” to 70111 or sign the Age UK petition.

“Everyone should have someone at Christmas.”

Share this article with a friend
Article Tags
Depression Loneliness