The Australian Institute of Family Studies (AIFS) carried out a study of 4,000 children across Australia and discovered that children as young as eight-years-old are unhappy with their bodies. On top of this, the study found that the majority of 10 and 11-year-olds who participated were actively trying to control their weight. 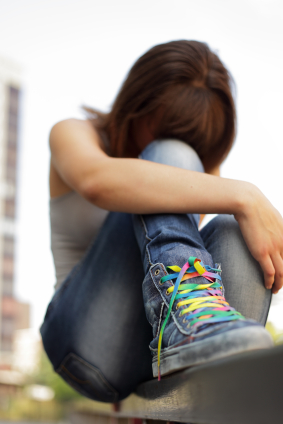 Over 50% of the children spoken to said they wanted a body size that was thinner than the average. Overall, it was revealed that the younger children were most unhappy with the way they looked.

“Compared to 10 and 11-year-olds, a large number of eight to nine-year-old boys and girls were dissatisfied with their body size with many children wanting to be thinner than the average body size.” – Ben Edwards, executive manager of AIFS’s longitudinal study for Australian children.

The positive aspects of the study according to Edwards was discovering that older children were more accurate when it came to gauging their body size and were more likely to be happy with the way they look.

Having said this, despite the older children being more likely to be happy with their size, the majority had tried to manage their weight in the last 12 months.

Figures showed that 61% of boys had attempted to control their weight in the past 12 months, compared to 56% of girls. Edwards points out that the boys were more concerned with adding muscle mass, while the girls were keen to lose weight.

Although this study took place in Australia, it certainly raises concerns for children in the UK. If you think your child is concerned about the way they look, or if you think they are taking steps to change their body – talking to them and encouraging a dialogue could help. If they are uncomfortable talking to you, or you simply think they would benefit from professional support – it may be worth considering counselling.