Behavioural and process addictions such as gambling, sex, gaming, social media, physical exercise, and shopping can be tempting behaviours as a means of offering excitement, escapism, and fun, and often in response to stress, worry, or adversity. They can though cause tremendous suffering in someone’s life when they are relied upon to ease emotional pain, worry, or boredom. These behaviours can also attract a great deal of stigmatisation, since some, even in the treatment field, can view such behaviours as selfish, emanating from a moral failure and not as worthy of support as someone suffering from overindulgence in alcohol and drugs. 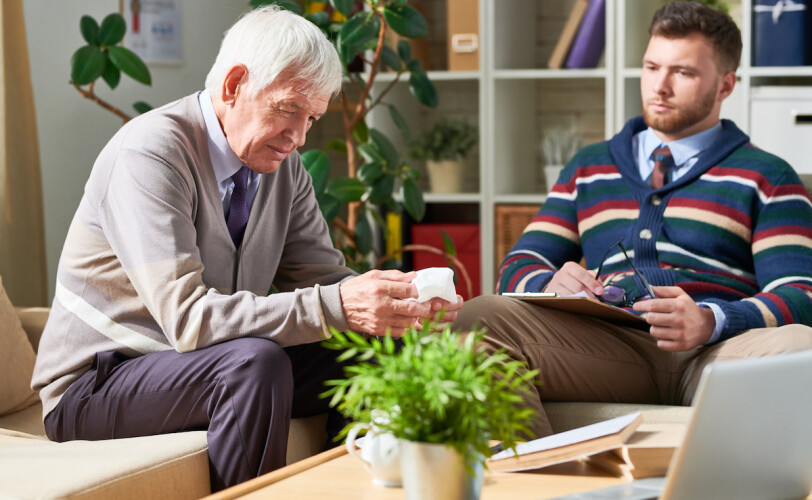 Some process and behavioural addictions are officially recognised as disorders by medics. Gambling is recognised as a non-substance-related addiction and is officially recognised as a disorder by psychiatrists, with gambling disorder listed in the Diagnostic Statistical Manual (DSM), currently in its fifth iteration from 2013. The World Health Organisation (WHO) officially designated 'gaming disorder' as a mental health disorder in the International Classification of Diseases and Related Health Problems (ICD11). ICD11 has also added compulsive sexual behavior disorder as an impulse control disorder.

Addiction may be defined as not having control over doing, taking or using something leading to harmful outcomes. Addiction is not the same as dependence. Substance dependence, also known as drug dependence, is an adaptive state that develops from repeated drug-taking, and which results in physical and psychological withdrawal when stopped. However, process addiction can occur with all the negative consequences in an individual’s life without the physical issues encountered by those who compulsively engage in substance and alcohol abuse. Some clinicians argue that notions of physical and psychological withdrawals can be interrelated, however, and may not always be mutually exclusive. All behaviour could be seen as a result of physical, cognitive, and emotional forces that are all interrelated to one another.

Treatment and rehabilitation centres can typically apply a one size fits all approach to addiction recovery based upon the principles of the Minnesota Model. The Minnesota Model is predicated on the disease concept of addiction and has its origins in the 12 steps of recovery from Alcoholics Anonymous and the Hazelden Foundation. This treatment approach suits some people in believing that one has become powerless, that life has become unmanageable, and that total abstinence be followed as a pathway to recovery. Alcoholism is viewed as an involuntary disability, a brain disease, and is treated as such, that the disease manifests as affecting addicts physically, mentally, and spiritually. The principles of the 12 steps and the Minnesota Model are also applied to process and behavioural addictions.

Harm reduction strategies and the choice model do not base treatment on the disease concept, instead involving a range of support services and strategies to enhance the knowledge, creativity, skills, personal power, resources, and support for individual and their families to make better choices. Some harm reduction strategies may be used in conjunction with other approaches, such as cognitive behavioural therapy (CBT), and may require abstinence, but not necessarily so. While choice is a foundation of a harm reduction approach, it is not as apparent with a total abstinence-based approach. Harm reduction strategies differ to the disease concept of addiction in many ways, but primarily in how stopping occurs. Rather than needing to hit the bottom, someone with an addiction can realise that their life is suffering negative consequences and decide to stop of their own volition. Addiction has the highest remission rates of many conditions, and people do actually just stop and start to recover when life becomes difficult, when their relationship is threatened, or when their business or job is under threat. This conflicts with the approach of the 12 steps and the Minnesota Model, which views addiction as a progressive disease and suggests that recovery takes place when a sufferer hits the bottom.

Another approach is to see addiction as a behavioural response and a self-medicating attempt to soothe the emotional pain from an underlying issue, perhaps a medical problem, a mental health concern, stress, or other environmental contributor. The addictive behaviour is not triggered by an underlying disease but is a response to the management of difficult feelings, perhaps from emotional trauma, bereavement, loss, rejections, or another environmental event. The addiction is, in effect, a failure in emotional regulation. It might also be due to underlying co-morbidities such as anxiety, depression or post-traumatic stress disorder (PTSD). Substance abuse among those with PTSD is as high as 60-80%, and the rate of PTSD among substance abusers is 40-60% (source - K.S Brady and R. Sinha, 2005). One’s quality of life can be improved, and recovery sustained, by understanding the reasons behind self-medication and learning new and healthier ways to manage these stressors. It would also involve healing past wounds, to help reduce the need for emotional escape in the first place. Treatment approaches for addressing addiction can embrace various tools and techniques from diverse modalities, and may involve total abstinence, but not always.

Abstinence is invariably the most effective goal, in the short term at least, to allow a process of clear thinking to take place and to reassess past decisions. This period of abstinence can provide a period of stability, and may then set the foundation to assess future goals and expectations. A therapist can help you to assess your decision-making processes, offer an opportunity to access your blind spots, and help you to gain appropriate insights into unconscious material. Addictive behaviour is often a by-product of something in your unconscious not being addressed, or something that is hidden or latent. Robust recovery is possible by bringing honesty and determination to address your unconscious material and learn new ways of behaving in the world. Learning to live with difficult feelings, without seeking substances or behaviours to relieve emotional pain, will be the test of future emotional resilience.

Learning to cope with life on life's terms is essentially how you can manage the difficult feelings that risk triggering addictive behaviours.

Noel Bell is a UKCP accredited psychotherapist in London who has spent over 20 years exploring and studying personal growth, recovery from addictions and inner transformation. Noel is an integrative therapist and draws upon the most effective tools and techniques from the psychodynamic, CBT, humanist, existential and transpersonal schools.