I have found transgender issues are increasingly making their way into relationship counselling, which seems to mirror an increase in media coverage of trans issues. In my own experience it is primarily older couples who are coming for relationship counselling to discuss trans issues rather than younger couples. I suspect this is because older couples have suffered from the shame of being transgender and so have entered marriage in the gender role they feel they should be rather than the gender they feel they are. Often the trans partner has kept their trans identity and cross dressing secret for many years.

So for many years the older trans partner will have lived in shame and secrecy, keeping their trans identity hidden from their partner. The shock for the partner who finds out can be immense and destabilising, understandably. They ask themselves how they have spent so many years with someone without knowing who they really are. It causes them to look back and question their relationship - was it real, was it as happy as it seemed?

Often the trans partner finds the process of being 'found out', or of revealing their trans identity to be a huge relief. It has been described as finding yourself in a sweet shop when you've had a lifetime of being denied sugar. The initial reaction of the trans partner to their real identity being known is they can feel free for the first time in their lives and they want to embrace their previously hidden identity. But this is often in stark contrast to the reaction of their partner. Often the feeling of shame that has sat with the trans partner shifts onto their husband or wife - they can feel ashamed and worried about what people will think and how they will react. If children are involved then they have to adapt and deal with having a trans partner. The feeling of how one 'should' behave and react can deepen the feelings of shame.

Accessing a counsellor trained to work with these issues can help clients work through their complex and evolving feelings. Both partners can benefit from a safe, impartial and non-judgemental space where they can work out whether their relationship can survive the revelation. And if so to explore how the relationship will a need to evolve and change to accommodate the feelings of both partners. And if the trans partner wants to transition then the issues become more complex for the relationship and its ongoing viability. 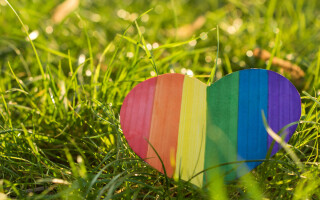 When your child has come out to you as lesbian, gay, bi, trans, queer or similar, you are lucky. They probably trusted you enough and you might be one of the very first or in some circumstances the...