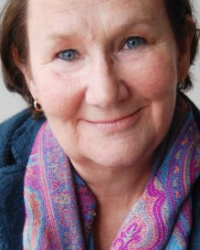 Work is where those of us who are lucky enough to have a job spend the majority of our time. Gainful employment offers us a living; self esteem; pride; somewhere else to go in the day; a structure and routine to our lives; immediate colleagues to chat to as well as a sense of belonging to an institution or company. It can define us; people ask what we do; it offers us a social outlet such as Christmas outings, clubs and societies or gym affiliation. The importance of work cannot be denied.

However, all too often it offers us merely a wage. Having a job we dislike can demean us; we can feel worthless and yet all too often people are increasingly very unhappy at work too. Indeed, being unhappy at work can have a most detrimental effect on a person’s health and their whole way of looking at the world and it becomes reduced to a humiliating round of drudgery.

Increasingly a common feature of the work experience is bullying. Bullying in the work place is on the rise; and it’s not always the bosses who are bullying their team. Just as often it’s our ‘team members’ who are bullying us. People get told at work “you’re not a team player”. People who accuse others of not being a team player often themselves find it difficult to get along with their fellow work colleagues. At one time or another most of us will find the work place a difficult place to negotiate. We are put into a big melting pot, thrown together with strangers and inevitably there will be some people we get on with better than others.

It remains a fine line – the one between a gruff or blunt manner, a straightforward approach about working practices that needs to be aired and that of a bully – all too often people who are being bullied do not realise that they are the victim of bullying. They think it’s their fault and that they are not good enough. Remarks about performance at work are sometimes necessary; bosses have a right to know how we are performing. Straight talk becomes bullying when the remarks become personal or vindictive or our boss shows inconsistency in the way they manage us. One day they seem reasonable and helpful and the next day, in a similar situation, they are critical, harsh and personal. One man told me that he was always criticised in front of his work colleagues never in private; he felt he was persecuted. Sometimes one person becomes the scapegoat at work for everything which goes wrong and we can all become involved, colluding in the bullying process quite unconsciously, relieved that we are not the victim. None of us like being ‘told off’ especially by other adults; it reminds us of school and being humiliated in front of the class.

One person who went for counselling said; “Some time ago I had a boss who told me what a fantastic job I was doing one week and the next was wagging her finger at me threateningly, telling me I had to toe the line. I felt intimidated and did not understand that I was being bullied because it had not happened to me before. It was a stressful environment I was working in and it was new to me. For the first time in my life I went into work hoping I wouldn’t see her car in the car park; I felt relief if it wasn’t there and sick if it was. I went home feeling anxious and arrived at work feeling ill.”

It occurred to this person only after a few weeks that she was being bullied and she went to HR for advice. She tried to talk to her boss about what was happening but this only made things worse. She felt caught up in something which was bigger than her. She felt the wrath of this woman’s hatred and realised it was a situation she had to try and get out of. Luckily she managed to get another job fairly quickly and learned from work colleagues that four other people had left their jobs because of the same boss.

The work of Wilfred Bion (1897-1979), a psychoanalyst who studied the ‘unconscious functioning of human beings in groups’ can perhaps help us to understand something of what goes on at work. Psychoanalysis offers us a vehicle for understanding the dynamics of groups and organisations. Bion developed a theory of group dynamics to help understand the many complex and confusing ways in which we can unwittingly become swept up in the shifting states of any working group of people. He suggests that there are two strictly contrasting modes working side by side within a group of people. One is the ‘working’ mode where things run smoothly and the tasks assigned to the group are the main focus. Members are able to manage the various tensions and anxieties about relationships and their capacity for hard work dominates.

The other mode Bion calls the ‘basic-assumption’ mentality where individual assumptions dominate over the working mode of mind. It is within what Bion calls the basic-assumption frame of mind of the group that the dark undercurrents of human interaction are played out. The life of the group is under threat from, strong emotions – fear, hate, love, anger, guilt, depression - which distract them from their purpose and gets caught up in a kind of collusion. However, both states or mentalities do not exist in a ‘pure’ form; they co-exist side by side. Bion’s theory does not address particular individuals but a group dynamic, which can be altered by the various members within it. To put it simply; some groups work and some don’t.

In this harsh economic climate where there is difficulty even finding a job, the ‘basic assumption’ mode takes hold more strongly. Bullying is a primitive response, a way of fighting your corner when anxiety is a major player. Even senior managers are frequently placed under increased levels of stress from their superiors and so bullying those beneath them helps them to alleviate their resentment and shame by taking it out on others. Perhaps bullying has become endemic in the work place; a natural response to stress and fear of being found wanting.

What should you do if you are in a position where you are being bullied at work or someone is making you unhappy? This is a difficult one to answer. The only way forward is to tell someone; you have to make sure that someone understands what you’re experiencing. It might be for instance that you do not help the situation; that you all too easily become caught up in the dynamic of being victimised. You need evidence of being bullied; keep emails which you find intimidating (a paper trail helps to establish facts); if there are witnesses to incidents it is sometimes useful to get feedback from them. It is rare that people will come out and back you because of their own fear. Whatever you do, try to avoid becoming a spectator sport; if you go to see HR, take a friend who can help you to say what you need to say. Ask them to keep notes for you so you don’t forget anything.

Remember that bullying is an aggressive act which is consciously or unconsciously designed to intimidate another. This is why it is so difficult to confront. Confrontation is something most of us would rather avoid but it is important to find a way to speak and get yourself heard.

The mind is naturally drawn to feelings and thoughts, that is its nature. It daydreams and worries, it gets bored, it wanders. It is natural for us to experience strong emotional feelings: anxiety, sadness, joy, envy, hatred, anger. if we allow our feelings to come and go then we don't need to worry. It is when we become overwhelmed with our feelings and emotions and they start to affect our lives… Read more

Tara Povey: "On paper, my life was perfect. But I felt hopeless and alone."
I never know how to start my story. ‘Once upon a time’ doesn't quite cut it....
Anxiety Depression Work-related stress

Depression at work: "I became terrified of myself"
I started working in a school kitchen when I was nineteen. At the time I had few symptoms...
Anxiety Relationship problems Work-related stress

Laura: My therapist has given me that safe place
I have been going to counselling for a year and a half now. The counselling directory...

Anxiety: A manifestation of feelings rather than a feeling itself
By Sonica Mushi - MBACP, BA (Psych), Diploma in Counselling Practice
Anxiety is something that almost everyone experiences in their lives from time to time....
Stress Anger management Anxiety

Stress, anger, and our shadow
By Jodi Pilcher Gordon
Where do we put all those parts of ourselves that we wish we didn’t have? When we...
Stress Anxiety Feeling sad

Are you happy?
By Cate Campbell MA, MBACP (Accred), MCOSRT (Accred), MAFT
When asked what they want to change when they come to counselling, many people say they...
Get involved Connect with us, we're social.
Facebook
Twitter
YouTube
Before using our site, please take a moment to review our Privacy Notice and Cookies policy. By continuing to use this site we'll assume you agree to both.
Ok