My first strong memory of OCD behaviour was at the age of 12. I remember feeling very socially anxious, endlessly worrying about other people being better than me. Girls who were prettier, who were cool and popular, who lived in more expensive areas. The ones who were always invited to parties and who would later be out in the town at weekends meeting boys. I was not one of those girls. 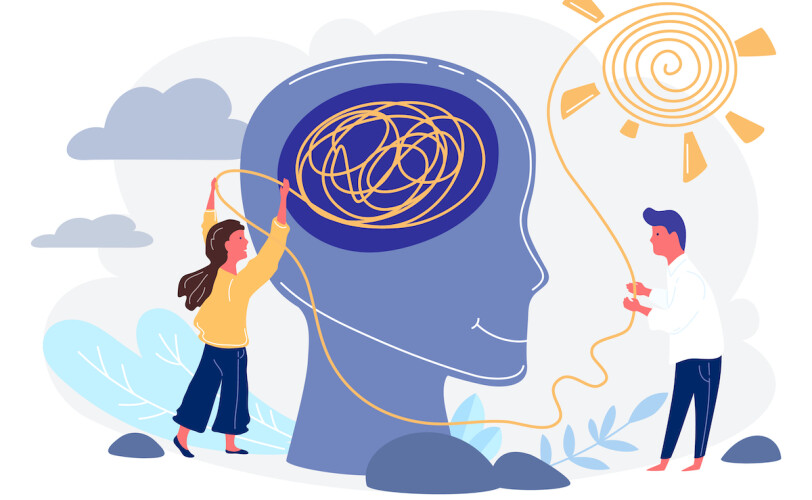 I felt different and awkward in company. I started getting bullied at the age of 11 and this continued throughout the rest of my school days. I never felt accepted. This was the time when I first remember going within myself to ruminate. I spent most of my time at home and much of this focused on ruminations around my differences in relation to others.

A trigger would hit out of the blue, making me feel anxious, and I would then feel the need to reassure myself I was still OK in other people's eyes. This consisted of re-thinking the thought over and over until I had convinced myself things were not as bad as they originally seemed. Until they felt 'just right'.

Other times, I would argue with the thought in the hope of assuring myself that this was nothing to worry about. I never asked anybody else for reassurance since I was too scared to talk to even my own family about this situation.

My family never discussed emotions and I instinctively knew that this would not lead anywhere good. The times when I grew up were also different and mental health issues were not openly discussed. It was considered something shameful to have a mental health issue and this would often be swept under the carpet or ridiculed.

My most enduring OCD theme has been around social anxiety. However, another theme developed over time, which was my fear of doing harm. One specific situation which stands out for me was the belief that I had caused my friend's grandmother's cancer and subsequent death by playing a trick on my friend, to try to make her laugh. Her grandmother became involved in this situation when my friend called out to her. I recall feeling so ashamed because I had not meant for this trick to include her grandmother.

At some point later, this incident became connected in my mind with the grandmother developing cancer, causing me to spend a huge amount of time ruminating on this topic, trying to find ways to reassure myself that I was not responsible for her death. This particular kind of obsession I later learned was called 'magical thinking'.

My harm theme expanded over time to include many other situations. One of these was intrusive images of harm being inflicted on people or animals. Sometimes they would be of myself causing harm.

The images would absolutely horrify me and I would replay the scene in my mind over and over again until it felt 'just right'. This meant I had convinced myself I would never cause harm like that to anyone. The harmful images would often depict especially vulnerable people, such as the elderly or disabled, as well as children. This theme returned later in my life to attack my own daughter when she was a baby, which was easily the most horrifying part of it.

Another obsession I have been aware of in myself is around checking. This would involve checking a number of items before leaving home, especially those which could lead to a fire risk, such as the cooker and the plugs. I would never quite trust that I had checked them properly and would go back time and time again until things felt 'just right'. Afterwards, I would feel deeply frustrated with myself for being so silly, when 'normal' people are happy to just check things once or to leave their house without checking at all. Why couldn't I just be like them?

Cleaning was another issue for me and this is something I'm still having to work to contain. There was a time when, once I had cleaned the house to within an inch of its life, I would constantly be picking up specs of dust or crumbs afterwards, in an effort to ensure the place remained pristine.

Something which I have noticed in other OCD sufferers, as well as within myself, is our excessive focus on other people's opinions. We have a tendency to wonder a lot about this and to fear being judged and found wanting by others. I had not realised before I began my work as a therapist just how common this fear is in OCD sufferers. It's of course not the case that we are judged any more than the average person. We just worry about being judged more than the average person generally does.

For 30 years, I didn't speak to a soul about my experiences with OCD. I didn't even know what was happening to me. I processed everything within myself and I never found a solution. Growing up felt really hard to me and it seemed that I was leading two separate lives, my life in the real world and my life inside my head.

Although this has been a very difficult experience to live through, it has ultimately led me to a great place. A place where I'm able to draw upon my own experiences in order to help other OCD sufferers. It was these experiences that inspired me to train as a therapist and this is one of the best decisions I have ever made.

For help to manage OCD, please find an OCD therapist experienced in working with Exposure and Response Prevention. For informal support consider reaching out to the UK charity, OCD Action.

I specialise in OCD therapy. I have lived with OCD since the age of 12 and have managed it well for a good number of years now. I'm a BACP registered integrative counsellor with a diploma in OCD studies. In addition, I have gained experience as a helpline volunteer with the charity OCD Action before opening my own therapy practice in 2019.

Supporting a person with OCD

Some of my clients have an excellent support network and others don't. For those who have the support of family or...