In this article, we'll distinguish between someone who simply tells an occasional white lie (a small lie with no malicious intent) and the full-blown mythomaniac (sometimes called pathological lying or pseudologia fantastica). 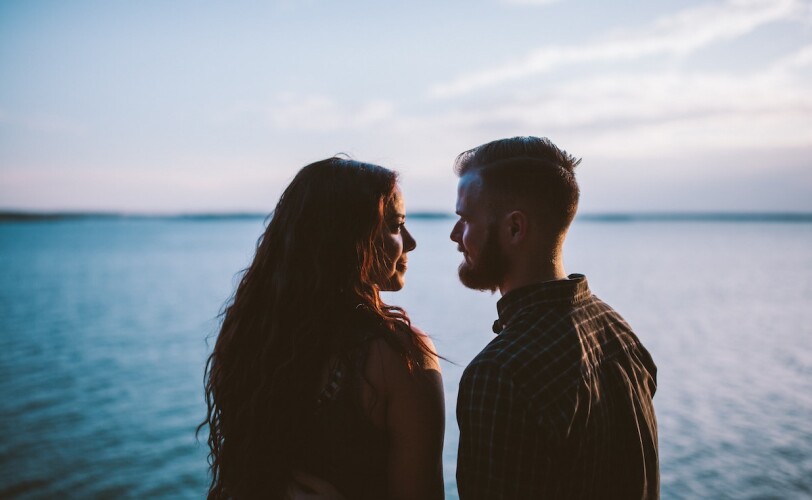 Mythomania, coming from the french word mythomane, is an abnormal or pathological tendency to exaggerate or lie.

The mythomaniac may tell lies to avoid responsibility, make themselves look better, or distance themselves from reality, deliberately manipulating outcomes or making reality more bearable. However, bizarrely may also sometimes tell lies without any apparent benefit to the individual. There can be a tendency to have low self-esteem and poor impulse control. They may also suffer from other mental health conditions like anxiety or depression. It can also sometimes be a red flag in identifying unstable personality types such as anti-social personality disorder.

It is one thing to tell a white lie. However, the full-blown mythomaniac suffers from a psychological condition or syndrome that can as easily perpetuate behaviour that can, intentionally or unintentionally, gain prestige, manipulate others, or cause harm as it does by simply creating untrue stories without any apparent benefit.

It is important to recognise that whereas people may themselves be a sufferer of mythomania, its effects are not harmless to others. Instead, it is a psychological and pathological condition or syndrome that can harm both those suffering from it and those around them. While the DSM-5 (the guide for classification of mental disorders published by the American Psychiatric Association) does not recognise it as an actual psychiatric disorder, they do recognise compulsive lying as a characteristic associated with an anti-social personality disorder.

Why do people lie compulsively?

For some, lying can be a coping mechanism that is so habitual they may barely even realise they're doing it. As a result, it often sits somewhere between conscious lying and delusion.

People compulsively lie for a variety of reasons. For some, lying is a way to protect themselves from being hurt emotionally. Others may lie to get what they want, manipulate situations, or avoid getting into trouble. Some people may have difficulty distinguishing between what is true and what is not. As a result, they may lie without realising it. Compulsive liars may often feel the need to embellish the truth or even make up stories completely. They find it difficult to stop even when they know their lies hurt others.

Some evidence suggests that issues with the central nervous system can also sometimes make people more predisposed to compulsive lying, as can abnormalities with the hormone-cortisol ratio.

There is also some evidence that the more we lie, the more predisposed to lying we become.

Signs that your partner may be a mythomaniac (compulsive liar)

Mythomaniacs or compulsive liars can often be natural performers who barely show the typical signs of lying, such as avoiding eye contact or long pauses. They can often be eloquent, creative and engaging.

It's hard to admit that the person you love might be a compulsive liar. Still, if you're seeing any of these signs in your partner, it may be time to consider the implications:

1. They often tell dramatic, untrue stories about their past or present, regularly appearing as the hero or victim in the story.

2. They make up excuses to explain why they've lied.

3. Their lies are often complicated and challenging to follow and may even have no clear benefit to them. It is not uncommon for people to lie to cover up a misdemeanour. However, the benefit is not always clear with the mythomaniac.

4. They have difficulty staying consistent with their stories; their tales may change multiple times throughout one conversation. Again, this can stem from telling so many lies that it is hard to keep track.

5. When confronted about their lying, they get defensive and try to convince you that you're wrong for questioning them.

7. They don't seem to understand the consequences of telling lies.

8. Others have noticed that you're getting increasingly upset about them lying.

9. They are prone to embellishing their stories when speaking about themselves, especially if they feel that what they're saying is not being taken seriously by others.

10. They forget what they say due to a sheer number of lies.

11. They can't handle being reprimanded, or when someone is critical of them, or even has to correct them on something.

12. They can be extremely sensitive to criticism. They tend to be defensive when someone is critical of them or their actions.

13. They tend to blame others for their mistakes and misfortunes.

14. They can be extremely jealous of others and tend to try to take out their anger on family and friends.

15. They are often very anxious and nervous, hyper-sensitive to the actions of others.

16. They are easily hurt by criticism and tend to take it very personally.

How to deal with a mythomaniac

It can be hard to know what to do if you're in a relationship with someone who is a mythomaniac. Start by admitting that you're struggling. Relationships can be challenging, but when one person in the relationship is a compulsive liar, it can make things even more difficult.

Here are some tips on how to handle a compulsive liar in your relationship:

1. Expect denial. Someone who pathologically lies will often respond with a lie when confronted.

2. Remember that although this behaviour may be projected towards you now, it is not specifically about you. This behaviour can be fueled by underlying conditions such as anxiety, depression or a personality disorder belonging to your partner.

3. Be supportive – While it may be difficult initially, try to be supportive and understand your partner's behaviour.

4. Stay calm. Don't get angry. Instead, try to remain calm and try to be understanding of your partner. If you're mad, it can make it hard for your partner to open up about the issue.

6. Be honest. If you have noticed that your partner is not being truthful, let them know that you have noticed and that you will not tolerate it. Make sure they understand that lying will lead to more significant problems in the future.

8. Set boundaries. This may help ensure that you both stay safe and healthy. Remember that whereas we might try to be supportive and understanding of a partner, we do not have to put up with mistreatment or cheating.

9. Evaluate the situation. For example, suppose you decide that you can no longer be in the relationship, or the relationship makes you feel unsafe. In that case, we have the option of leaving.

10. If appropriate, suggest help. Although someone with mythomania may not be ready to accept the need for help. Explaining that your concern comes from a genuine place and is not offered through hostility or in an attempt to shame may help.

What is counselling for mythomania?

So, can counselling help compulsive liars? The answer is yes - but it's not always easy. Counselling can provide compulsive liars with the tools they need to address the underlying issues that drive their behaviour. It also helps them learn how to deal with the guilt and shame of lying.

The exact form of counselling will depend on what fuels the behaviour. But anxiety, depression and personality disorders may all be associated with the condition. However, if certain other issues are fuelling the behaviour, a more medicalised intervention may be called for.

Counselling for compulsive lying can help people who compulsively lie address the underlying issues that may be causing them to do so.

Compulsive liars may feel the need to lie to make themselves look better or to avoid getting into trouble. Counselling can help them learn how to deal with their emotions healthily and learn how to be truthful with themselves and others. However, it can be challenging to know what to do if you're in a relationship with someone who habitually lies. Each time they are dishonest, it can feel like another betrayal, and the lies become harder and harder to track down. But trust is critical in any relationship, and if you can't trust your partner, to be honest, it may be time to seek help.

How can Hope Therapy help?

Hope Therapy & Counselling Services have a team of experienced and fully qualified counsellors with significant experience working with the underlying causes that may be associated with mythomania. We also regularly work with clients who may have been affected by this condition.

If you or a loved one are struggling, get in touch to learn more about what we can do to support you.

Ian Stockbridge is the founder and lead counsellor at Hope Therapy and Counselling Services.

As an experienced Counsellor, Ian recognised a huge societal need for therapeutic services that were often not being met. As such the 'Hope Agency'was born and its counselling team now offers counselling and therapeutic support throughout the UK.