Help, my parent is a narcissist!

If there is someone with narcissistic personality disorder in your life, and especially if they are a family member, their behaviour can have a big impact on you.

Other articles here have discussed what narcissism is, how narcissists behave and how counselling can help, but I want to concentrate here on narcissistic parents and the problems they can bring. 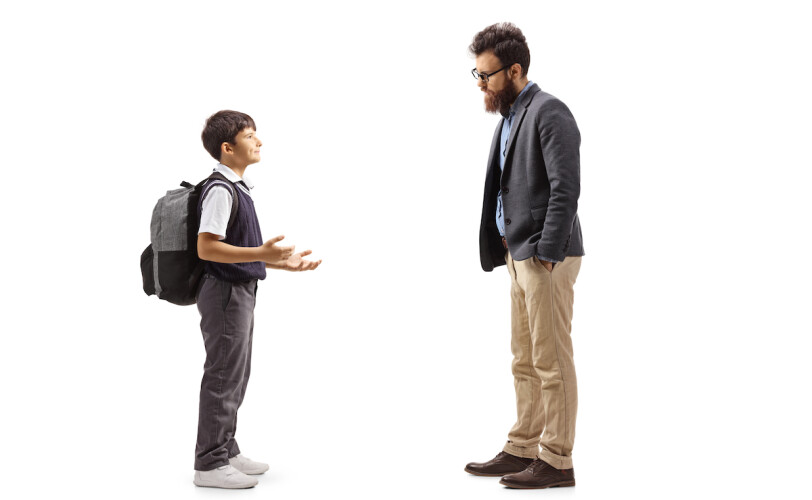 It is important first to bear in mind a few points:

1. Narcissism is on a continuum and people at the lower end of the spectrum will not cause too many deep problems, although they may well have some annoying habits. Roughly, the continuum goes from traits, to style, to various levels of Narcissistic Personality Disorder - fragile, exhibitionist and (at the top end) grandiose. Grandiose narcissists will cause trouble where ever they go and many people they come into contact with will think them very hard work and extremely unpleasant to deal with. People who feel that they have been damaged by a narcissistic parent have almost certainly had one who was at the higher end of the scale.

2. It is always important to be wary of labelling someone as “a narcissist” when they may have other issues or need help. As above, having some narcissistic behaviours is not the same as being a narcissist. On the other hand, the behaviour of some people can fit into such a strong set of negative patterns that it may be apt to say that they are "narcissistic" and, importantly, it can help to process past and present events and work out future strategies if we use the term appropriately.

Narcissistic parents and their children

Most parents want to nurture, guide and support their offspring at every stage of their life, but narcissists have a different goal. If they want children at all it is so that either they can reflect their glory or cater to their needs. Narcissists see all of their relationships as an opportunity to exploit - to get what they want rather than to give and take. Narcissistic parents will want control of their child's life and will challenge any interference or limits on that. If their child argues with them, even in the most logical way possible, they will find a way of gaining the control back using a variety of weapons - anger, shaming, guilt-tripping, emotional manipulation, sulking and drama. Remember, narcissists are never wrong. They don't have a problem. Everyone else does, and that is often especially the person disagreeing with them! If they do find themselves cornered or flummoxed they'll create some drama to get their own way anyway.

If you think you have a narcissistic parent, you may have found their parenting conflicting and confusing, especially in the early years. You will probably still find them hard to work out now. Narcissists employ all kinds of tricks and manipulations to get their own way, and so often children learn to internalise a sense of shame when the parent makes them feel they are not good enough. This can also lead to anger in their children, which can be turned onto the self or others. The child, like all children, craves a strong bond with their parent, but the narcissist creates a weak and constantly shifting bond based upon their own needs at any one time and not those of the child.

Children of narcissists might have felt punished, avoided or dismissed for large periods of their childhood. If a narcissistic parent perceives some failing or fault in the child, it is often dealt with it in this way. Such children do not get love from that parent no matter how hard they try with whatever method. What they might get, in front of others, is praise for something that the narcissist think reflects well on them. For example, "they are such a good footballer, just like their dad", or (occasionally) gifts - narcissists sometimes make up for their lack of love with lots of gifts - after all it shows how great a person they are without them having to put themselves out in any other way. They also often do this with grandchildren especially, though they will normally show a distinct lack of interest in engaging with them in any nurturing way.

Narcissists do not take account of the whole history between you and them, but react impetuously to meet their current need - which may be to insult or denigrate you. Or it may be that you are praised for your high status job or money, but not for anything good or kind that you do - heaven forbid you if you should lose your job or suddenly end up broke.

As you get older you may find that your parent considers you a kind of satellite. Whatever your own need at any one time, you are continually expected to fit in with their needs, often at the expense of your own. Maybe you pay them a lot of attention, but the minute you stop that, the critical hyperbole comes out - "you never call", "I haven't seen you in weeks", "you don't care", "you selfish person, ignoring your poor old mum/dad". In reality these are manipulations designed to control you, though the narcissist may be doing this either deliberately or just out of a sheer, unconscious spoilt-childish desire to have their needs met. If you try to exert your individuality at this point, this may be met with scorn or rage.

There is a strong correlation between children of narcissists and insecure attachment, which is unsurprising. If you spent your childhood not having many of your needs met, then you are going to feel rather insecure finding close relationships as an adult. You may struggle with self-worth, knowing who you are as an individual, repeating patterns of negative behaviour, self-blame, addictive or self-defeating behaviours, boundary maintenance, inability/difficulty to feel and accept love, anger or lack of trust in others.

Some children of narcissists chose narcissistic partners themselves as a way of staying in a familiar place; others become promiscuous to gain some sense of being wanted, but ironically don't truly enjoy sex (as they crave love first then sex later, so find neither fulfilling). Some may be overly submissive to a partner's needs, or create a kind of co-dependence with a narcissist who reminds them of their parent. Some pick up a level of narcissism themselves, though not necessarily at the far end. Most tragically, some children of narcissists may have been so traumatised that this pervades not only their emotional life, but also several aspects of their physical health. Sometimes a heightened sense of anxiety about interactions with others has left them exhausted and physically ill - perhaps with muscular issues, IBS, insomnia or immune responses, for instance.

Counselling people with a narcissistic parent

Narcissistic people are amongst the most difficult and challenging people out there, and if they are your parent then the possibility for conflict and manipulation is that much greater. However, all is not lost. There are ways that you can deal with narcissists - not by changing them (this is next to impossible) but by changing your responses, reading their patterns, being aware of their manipulations as they happen, subtly putting in boundaries, predicting their behaviour (often much easier than it sounds), distracting them and keeping them on their toes in ways they don't expect. This is not as much hard work as it sounds, and with good therapy you can both start to feel better about what happened to you in the past and what is happening now. You can also start to gain some control over events, leading you to find the relationship less stressful than it was.