Dealing with your inner critic

We all have an ‘inner critic’ – the part of us that tells us we’re not good enough. In many people it can be a fierce, even bullying, voice.

It’s the voice that says:

‘Why did you make that mistake – you always get things wrong!’

‘Of course he’s not interested in you – you’ve put on too much weight.’

‘Why even bother applying for that job, they’ll be looking for someone much more interesting than you.’

When we’re not aware of this part of ourselves the constant self-criticism takes place unconsciously and we can end up feeling depressed and lacking energy without knowing why.

But once we have recognized our inner critic we have the chance of coming into relationship with it and not automatically letting it be so powerful.

So, where does this voice come from? Often, when we start listening to what the critic says and its tone it reminds us of one or both of our parents.

If we had a parent who was critical, as infants and children we will absorb that voice until it becomes part of ourselves. Over time, it becomes such a familiar part of us that we forget its there.

But it has a corrosive effect on our self-confidence and happiness, putting us down when we don’t do something perfectly and stopping us from trying new things.

We often let the inner critic interpret the world for us, based on our childhood experiences. So, a child who didn’t feel truly accepted in his family, may perceive frequent rejection from others and an inner critic who says, ‘Of course they don’t want to see you – you’re not interesting or attractive enough.’

How can we deal with our inner critic, once we have recognized its existence? Recognising the inner critic is the first step to weakening its power. A good next step is to try and personify the critic, by imagining what it might look and sound like.

Some people will imagine a strict school master or mistress, with a sour expression. Others may imagine a character with a whip, a buttoned-up bank manager or even some kind of animal. We can also give the inner critic a name – such as Miss Whiplash or Bill the Bully.

Using our imagination in this way to get an image of the critic helps us separate ourselves from it.

When we next hear the critic talking to us we can call up the character we have imagined. All we need to do from then on is notice when our critic is active without going along with what it is saying.

It’s not necessarily about arguing with the critic. That may be appropriate in some cases but the danger is we can give it more power the more we fight with it.

Are you experiencing relationship, intimacy or family problems? If so, I can help. I am still accepting new clients and am offering phone and video sessions during the Coronavirus restrictions. I work with individuals and couples. I also specialise in helping people who are struggling with anger, a... 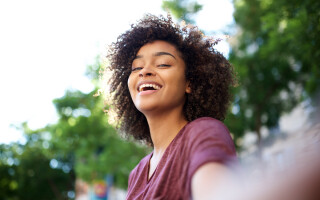 The word 'no' is tiny, so why does it so often feel overwhelmingly impossible to say? It's about boundaries Our...