I think we can all agree that anxiety is an essential part of being human, without it we would have been long since extinct. Dangers such as being eaten, attacked, starvation and catching a deadly disease have been hugely reduced by advances in protection, medicine and farming. Despite this, we still live in a society that causes so many of us to feel scared day to day. 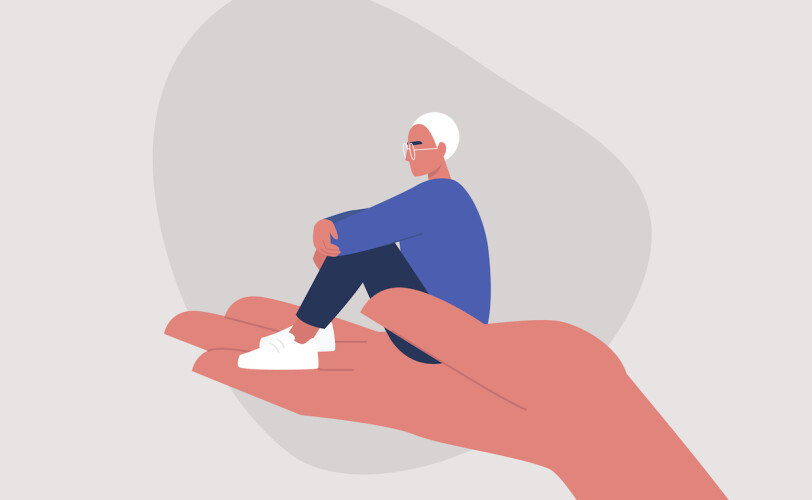 Whilst many of the external threats still remain, a lot of anxiety now comes from internal psychological threats such as judgement from others, catastrophic fear of illness, imaging the worst case scenario, terrifying panic attacks and many more. These modern dangers are no less real to our anxiety than when our ancestors encountered a sabre tooth tiger on the plains.

Psychological threats call for psychological responses and Cognitive Behavioural Therapy (CBT) has proved to be a highly effective therapy in reducing anxiety (Otte,2011). So how does CBT understand anxiety? It suggests that we have experiences in life that lead to us creating beliefs about ourselves and the world and it is these beliefs that cause us to think and behave in a certain way.

For example, Dave* who sadly lost a relative to a sudden illness may develop a belief that he is highly likely to get a deadly illness out of the blue which leads to consuming worry (cognitive) about getting ill and a need to check his symptoms regularly by Googling, scanning his body and getting regular GP check ups (behavioural).

The cause of anxieties takes many forms but a helpful way of understanding why we feel so anxious about a particular thing can be understood via the anxiety equation (Salkovskis et al,2003) which breaks anxiety into four parts.

Don’t worry about any adding or dividing, the higher the ratings on the top half of the equation and the lower the bottom half, the more anxious we will be. Let's take the example of Dave and his health anxiety to explain further.

His perceived probability might be 60/100 belief that he will get a sudden illness as a relative had it and he thinks there is a genetic cause.

His perceived awfulness could be 90/100 as he has seen someone close to him die suddenly from an illness.

His perceived coping would be dependent on how well he thinks his relative dealt with their diagnosis, so let’s say they fell apart and self-destructed during their illness then his coping abilities would be low - let’s say 20/100.

His perceived rescue would be based on how supportive the systems around his relative were, so hypothetically his family were supportive but the doctors treated him badly, so that might be a 50/100.

If you experience anxiety see if you can work out your own equation ratings and if it fits with your experience.

*Dave is a fictional client.

Andrew Morrison: CBT Therapist working privately and in the NHS with anxiety and depression difficulties.