Searching for a specific counsellor or psychotherapist? Try our advanced search
Anger management

Anger: it's how you handle it that matters

Anger is a natural feeling that tells you something isn’t OK about a situation. It may tell you something’s not fair, it might contradict how you believe things should be, or it could tell you that you are being treated badly.

What’s wrong with having a reaction to any of those situations? Well, it depends on what that reaction is.

The body physically reacts to feelings of anger by producing adrenaline - the body’s 'fight or flight' chemical which controls your responses to stress. Adrenaline increases the heart rate and pumps blood to the muscles, so the body is better prepared to physically fight to protect itself or to provide the energy needed to run to safety.

The long-term health consequences of anger are well documented, such as headaches, high blood pressure, irritable bowel syndrome and back/neck pain. Given the body’s biological response to anger, it’s easy to see how anger can be expressed inappropriately e.g. as aggression, and quite possibly as violence. However, anger can also be expressed in ways which aren’t immediately apparent.

Many people express their anger passively. Passive aggression is a way of intentionally “getting back” at someone while superficially appearing not to be angry. Such people don’t immediately appear to have an anger problem, and, if asked, they probably wouldn’t class themselves as angry.

Examples of passive aggression include “forgetting” to tell your boss about an important phone call because you were passed over for a promotion, deliberately not inviting one person out of your group to an event because they forgot your birthday, or not telling your partner their dinner is burning in the oven because you feel neglected or taken for granted.

Whenever there’s an undercurrent of 'I’ll teach them...' or 'that serves them right...' then passive aggression is in play. Passive aggression can be just as destructive to relationships and to your physical and emotional health in the long-term as the stereotypical image of shouting/aggressive anger, and both need to be dealt with.

Many people are brought up to believe that showing anger is not acceptable. Opinions can be pretty split about this. While feelings of anger in themselves are not bad things, it is essential that you express this anger in a non-destructive way.

If you ask anyone what springs to mind when you say the word 'anger', it will probably be negative - e.g. aggression, shouting or even violence. These are all destructive behaviours that commonly follow following on from an angry feeling, and can ruin relationships, rule yourself out of opportunities at work, cause you to lose friends, strain family connections etc.

A response to anger doesn’t have to be one of these negative behaviours with the inevitable negative consequences - it can be constructive. Many positive consequences can come out of a calm and appropriate expression of anger. It’s very possible for anger to allow you to stand up for yourself, to spur you on to sort out a long-standing problem or to address issues that have bothered you for years - all of these can be positive outcomes of an angry feeling. 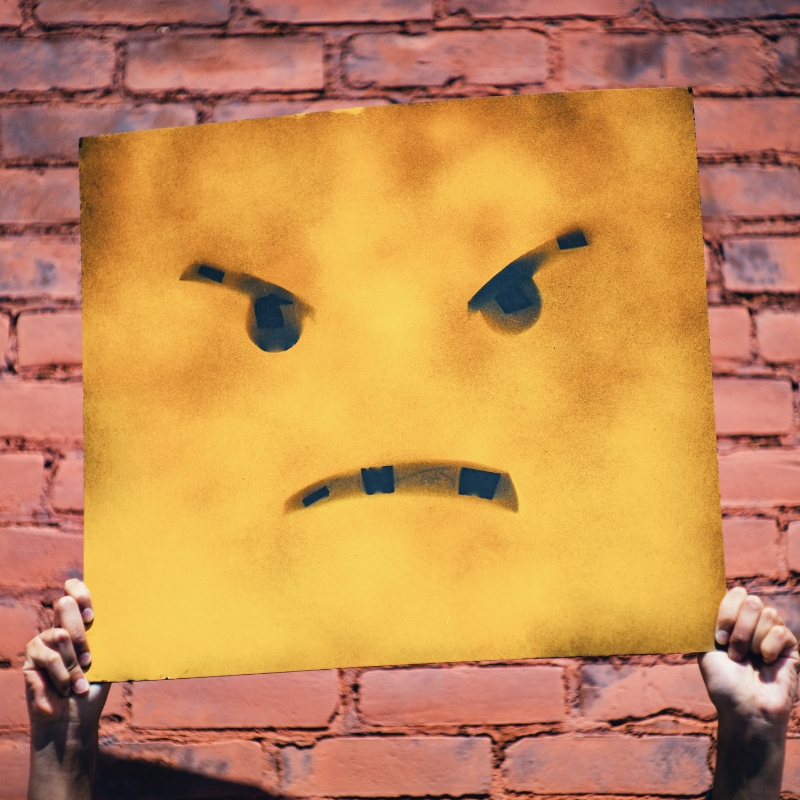 How to deal with anger effectively - a long-term solution

It can be difficult in the heat of the moment to step back and work out what’s really behind your anger. Telling someone who’s fuming to chill out or calm down rarely works! If you feel yourself about to lose your temper or lose control - remove yourself from the situation and give yourself some time before considering what just happened.

Many self-help books and internet articles concentrate on just managing anger - making it go away when it comes up. It’s very important to do more than just make it go away temporarily. The best way to reduce your anger levels in the long-term is to understand what makes you angry, and, most importantly, why.

It can be hard to identify what really pushes your buttons in terms of anger, because there are so many other emotions that can go hand-in-hand with anger - shame, guilt, fear, embarrassment and helplessness to name just a few. That’s why it can be so useful to see a counsellor to talk through your anger issues - you can really explore what’s behind your anger in a confidential and safe environment.

A good counsellor can see past an angry client’s tapping fingers and snappy answers, and can help them understand why it’s anger they feel, by asking questions such as:

As stated earlier, it’s not the feeling of anger itself that’s the problem - it’s whether your behaviour is constructive or destructive. If you tend to express anger destructively, you have a problem but that problem can be managed. Counselling can help you understand yourself more so you can learn to be more assertive in the right way and to be less aggressive, turning destructive behaviours into more constructive and healthier responses.

There is no reason why anger has to be a life-long or significant problem.