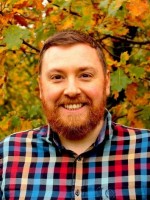 We all know that uncomfortable feeling we get when we know we have done something wrong. This is to be expected, because to feel guilty for doing something wrong is a normal human behaviour. However, often we find ourselves using the term shame instead of guilt, or vice versa. There are some major differences between guilt and shame, and to use them interchangeably can lessen the potential healing power of guilt and give more power to the destructive and painful emotion of shame. This article aims to look at guilt and shame and the relationship between them. It also aims to look at the origins of shame and how we can move forward.

Guilt is with us from a young age, with some theories of development placing its inception at about three years of age. Guilt tends to keep humans within socially acceptable pathways and allows us to function as what could be described as ‘useful individuals’. It could also be described as our conscience or viewed as a way of keeping us on the right track.

The feeling of guilt could be described as our conscience being bothered by an action we have taken which we then later regret. However there are several types of guilt, such as guilt for an action we took or did not take for which we feel ashamed, unworthy or embarrassed. This could be referred to as true guilt. However there is also false guilt, which is when we feel guilty for something for which we had no control. This form of guilt can often be more destructive and damaging, and on the whole is unproductive with detrimental consequences.

Guilt can have important healing properties, and can allow for personal growth and development. It can also be a very constructive emotion. When we feel guilty we are recognising that one of our actions was wrong and could have caused harm to another. We feel sorry for what we have done, and if we are able to apologise, we can find ourselves feeling less heavy and gain some personal development and growth.

As with guilt, shame is with us from an early age, with some theories placing it beginning as early as 15 months of age. Shame could be described as the discomfort we experience if we do not live up to the expectations or beliefs of others, and the embarrassment or remorse we experience when we feel that we have let someone down, and expect that we will receive their scorn and ridicule. This can happen if we breach or alter the rules of social engagement or behave in a way which is deemed as unacceptable to others. This type of shame might not occur if we are able to hide our or mask our acts of behaviour which are deemed inappropriate to others.

However, another way of looking at shame is that it comes from our own sense of self-disapproval. It is this type of shame which is much harder to mask or avoid. It can leave us feeling disgraced, inadequate, ridiculous, defective or not worthy.

Shame can be a harmful emotion, which eats away at our self-esteem and leaves us believing that a part of ourselves is inherently bad or not worthy. The experience of shame tends to leave us feeling alone and outside of society in the moment that it happens, but it must be acknowledged and dealt with. If not appropriately dealt with and understood, shame can accumulate and begin to weigh us down, which can be dangerous to our psychological state.

The relationship between guilt and shame

Shame and guilt work so well together because they feed off one another. We feel guilty for our actions or decisions, but are unable to resolve them, which leads to feelings of self-resentment, which then leads to feelings of shame, and so the cycle continues. It is this cycle which causes us to experience guilt and shame, and can lead us to find ourselves saying we are ashamed when actually we are guilty, or vice versa.

The origins of shame

The beginning of shame in our lives, as mentioned earlier, begins when we are young infants and remains a theme throughout life. We learn from a young age that our actions can either be ‘good’ or ‘bad’. Some of us learn through our parent’s actions and feedback, that even natural bodily habits such as urinating or defecating are a source of shame, and something for which we should be embarrassed, ‘Look what you’ve done in your nappy, that’s disgusting!’.

As children in school, we are reprimanded for behaviours which are considered naughty, and are constantly told that we should do the ‘right’ thing. Those of us, who experience bullying in school, find that our low self-esteem and worries are somehow a source of shame or that our physicality is something to be embarrassed about. In adulthood shame continues. How many of us have been told, in jest, ‘You should be ashamed of yourself!’.

Research into the development of infants, has shown that young babies will display signs of shame or disappointment in themselves when they fail to initiate or maintain eye contact or facial movements with their parent or caregiver. So, we can see that shame is with us throughout our lives and plays a big part in self-development in our infant years.

We will all experience varying levels of guilt and shame throughout our lives, and it is inevitable that at points these feelings will be more intense than others. However, learning to manage our feelings of guilt and shame will allow us to develop resilience and be less weighed down by those emotions which do not serve us well.

We cannot change what has happened within our past, but we can make amends for mistakes and move forward. We all have the capacity to change, to grow and to once again feel peace within our minds.

Joshua is an experienced Integrative Therapist who works at depth to assist people in gaining understanding of themselves and their difficulties. He helps people explore the roots of their shame, and find practical ways to manage their guilt. He works with a wide range of issues such as loneliness, depression and anxiety. He’s based in Shoreditch.… Read more