The Battle of OCD

Obsessive Compulsive Disorder is a common mental health disorder in which a person has obsessive thoughts and compulsive behaviours. These obsessions are intrusive and unwanted and therefore trigger intensely distressing feelings which can significantly impact a person’s quality of life.

Quite often sufferers of OCD are portrayed in the media as individuals who fear germs and clean excessively; however, this is only one manifestation of OCD.

OCD can trick people into thinking they are a person who is polar opposite to them e.g. a paedophile, a psychopath, a bad parent. Hence these intrusive thoughts or images are unbearable for OCD suffers; they can destroy their confidence and make them believe they are someone they are not.

Cognitive Behavioural Therapy is recommended by the National Institute for Health and Care Excellence as the most effective form of treatment for Depression and Anxiety Disorders including OCD.

Some clients who suffer from OCD feel OCD is a sign of weakness. However, this is far from the truth, as it takes a courageous individual who is affected by this mental health disorder to attend therapy and who are willing to face their fears and stand up to OCD.

"Mark" is one of these courageous individuals, who has found CBT very effective for treating his OCD. He was suffering in silence for many years, he claims that he would have benefitted a great deal from hearing from someone who regained a quality of life after OCD. Mark believes this would have instilled the hope he needed to challenge the OCD a lot sooner. Consequently, one of Marks goals in therapy was to help others who are suffering from OCD .

Therefore, Mark has written a letter giving his understanding of OCD and what has helped him manage his OCD to embrace life once again.

This is Mark's Story:

"I have and always will have OCD. I have been to the darkest and most horrendous places in my mind that left me wondering if I was the worst ever father and husband in the world.

I can promise you that I know just how the anxiety that comes with our condition can beat you into submission and leave you in a world of the most excruciating pain that I never thought was possible. I have been on my knees in tears screaming in frustration. I have washed my clothes every day because of the fear of contaminating my family at a temperature of 90 degrees. I have bleached the inside of my car and washed my hands so much that my skin has cracked and would bleed. I have wasted the doctor's time by seeking reassurance and I have asked my wife so many OCD related questions that my 5 year old daughter started to scan for contamination and would tell me that it was ok.

I have probably always had OCD. I can remember being a worried child and I had ticks which embarrassed me in primary school. I was in the Army when I really started to suffer and OCD ultimately caused me to be medically discharged after 16 years and prematurely ending what was once a promising career. But I always said that I wish that when I was in my world of pain (which was almost 4 years ago) that if someone who had recovered from our condition would have written me a letter to explain that there is a life after OCD it would have made me fight it sooner.

I will probably never meet you or know what your OCD is, but it is all the same condition just a different title.

I will say though - to get better, you need to expect that you will be in the biggest fight of your life. Don’t underestimate the will power and sheer courage that you will need to invest to finally be successful. But I promise you it WILL be worth it.

The path to a life beyond OCD will be horrible but you can do it. And with most OCD sufferers you always want proof. Use me as your proof. I am better and you will be too. I am not a mental health professional and I have experienced many so called professionals who are next to useless when it comes to treating OCD, but I have overcome the worst of the condition and you can to.

My hard won tips which helped me are below.

Have faith and take the first step. I believe in you and you can do it. 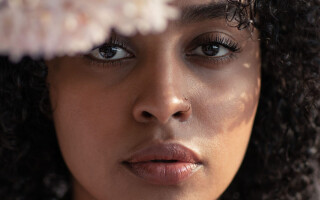 These are questions which frequently crop up in therapy with OCD and which are extremely important for OCD...

POCD (fear of being a paedophile)

I see a lot of clients with a fear of being a paedophile (POCD). People with a real concern that the shocking...