How does counselling using Minecraft work?

Adam* has been bullied at school, and this has affected his friendships and his ability to concentrate in class. He's 12 years old. When counselling is suggested to him, he is reticent and feels like something must be wrong with him. Then, his mum finds out about counselling using Minecraft and he's a bit more interested, "I get to play Minecraft?!", and he agrees to give it a go. 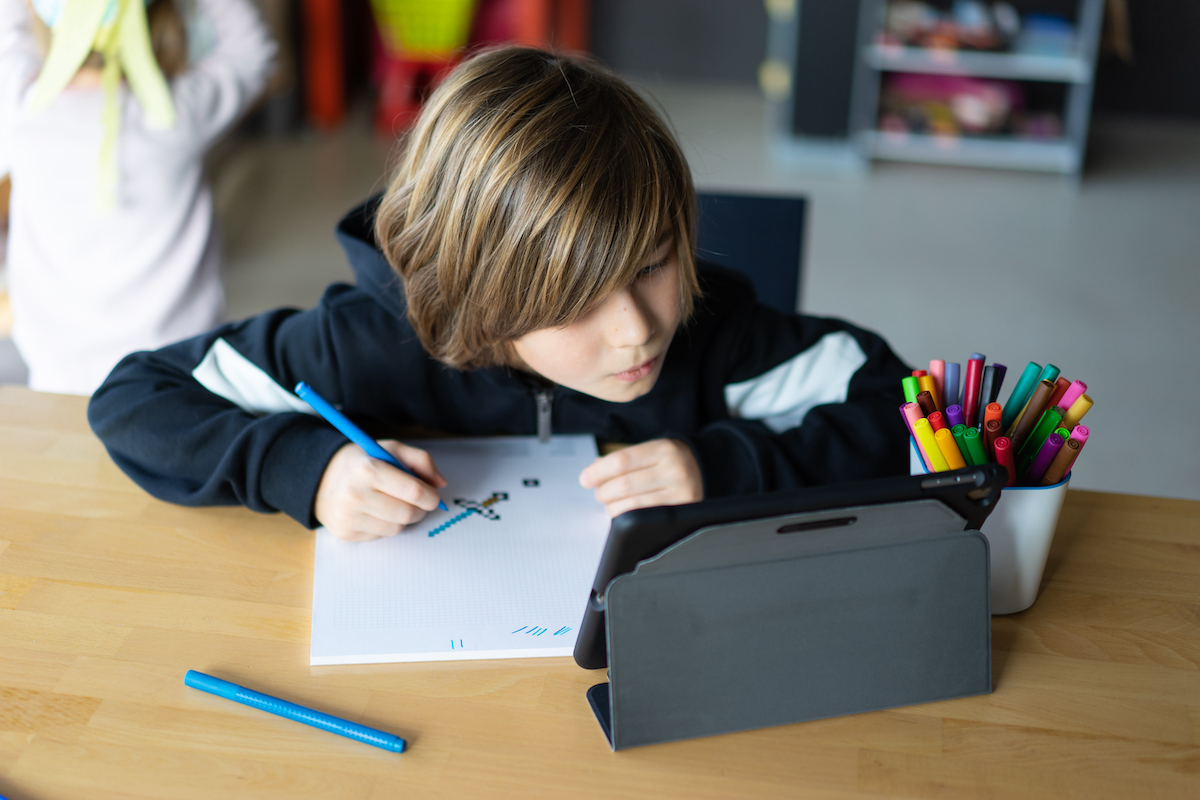 This is a typical story of how many of the children I work with come to me. Over the past year, I have been providing counselling using Minecraft to a number of children and young people who would otherwise have struggled, or completely refused, to engage in counselling.

Minecraft is one of the world's most popular 'sandbox' video games and it can be described as a cross between Lego and a sandtray - two resources often used in counselling to help children to express and process their feelings.

With a sandtray, the counsellor invites the child to choose from a selection of miniature figures and items and arrange or move them around the tray. The child uses the sandtray to create stories or scenes that might show the counsellor what is going on in the child’s internal and external world. Minecraft can be considered a virtual version of these tools.

Minecraft's pixelated, blocky style makes the game appear deceptively simple at first glance. But there's something about the blockiness, the calm music that drifts in and out whilst you play, and the sound effects that, together, have an immersive effect. It is surprisingly magical watching the pixelated, square sunset in Minecraft.

There is a fabulous book by Keith Stuart, A Boy Made of Blocks, which describes a father's journey into Minecraft with his autistic son and the relationship they build together through playing the game. My working life is like that book. I get to build relationships with the children I work with via Minecraft. It's a great job.

I often get asked what I actually do in Minecraft with my clients, so here is a description of Adam's first session.

In his initial session with me, when Adam first enters the Minecraft world I've set up just for him, I explain how his first task is to create a safe place. I make sure I have the coordinates to hand for this safe place so we can always get back to it (on foot, by flying or by teleporting).

He decides to build a castle as, "Castles are strong and keep the monsters out." He asks me to help him build and I follow his instructions carefully. As we build, I ask him about what kind of monsters the castle keeps out and what they might do if they got into the castle. He says, "They are cunning monsters that look friendly. They will hurt me and there's no one to help."

I say, "That sounds really scary, those monsters and you feeling so alone." We talk some more about his feeling of loneliness and once the castle is finished, I suggest he makes a family tree. 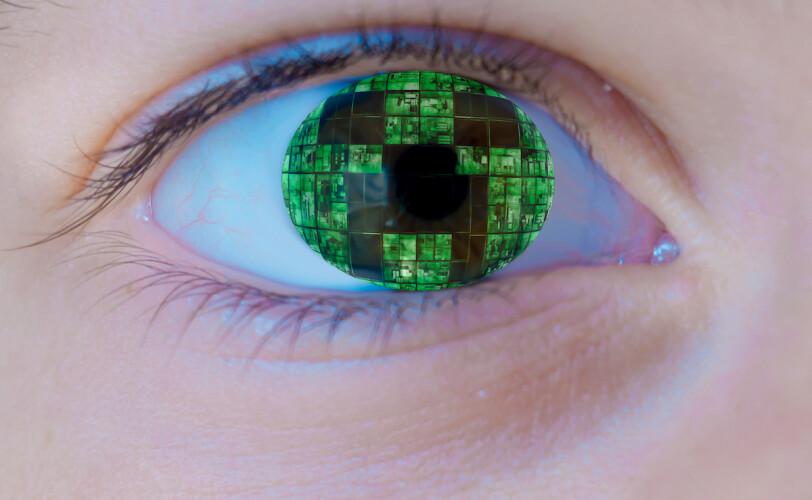 A family tree with a difference

He tells me, "I chose a sponge block because I soak up lots of stuff and then keep it in." I then ask him to choose a block for each member of his family and place it in the tree around his block.

This family tree activity is one that counsellors often do in person with clients using stones or buttons. Adapting this for use in Minecraft gives me great insight into Adam's family life and gives us lots to talk about.

After Adam has finished his family tree, he asks if he can explore his world a bit. I say, "Of course", and we start flying around and take in the pixelated landscape of green, brown and blue blocks which form land, trees, hills and a vast ocean that seems to go on forever.

Then Adam has an idea. "Can we go into survival mode to make it more exciting?" he asks. I say, "Sure". (Survival mode is a bit more challenging than creative mode as you have to gather resources to survive and you can die).

Before we switch to survival mode, Adam suggests we get some armour and a sword each to fight the mobs (zombies, creepers, skeletons, spiders and other monsters who inhabit Minecraft at night). Armed and ready, we enter survival mode, and it quickly starts to get dark. The mobs appear and we battle them together, helping each other out when one of us gets surrounded.

I ask Adam whether sometimes it feels like he's being attacked at school by mobs and he says, "Yeah, I think so," and we talk about one of the times he was bullied and how scary it was for him. As we talk, Adam is occupied with building a wall around us to keep out the mobs. His work is methodical, almost meditative and it seems to help him to have something to do whilst he opens up about what has been happening at school.

I check the time. "It's five minutes to the end of the session. Would you like to go back to your castle so we are there next time we start your session?" He agrees that this is a good idea and we head back to the castle where we come out of the game and find each other on the Zoom screen to wave goodbye. "See you next week," I say. "Yes", he says," for some more battling monsters!" 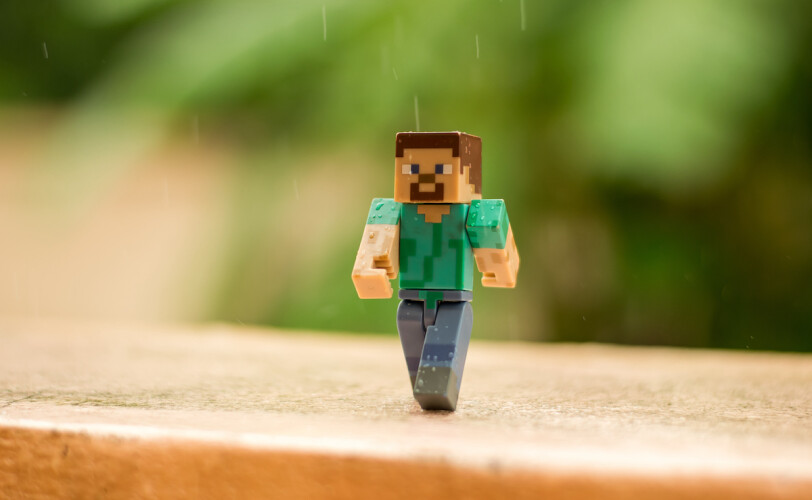 Gaming therapy in the UK

Gaming therapy has been around for a while, and in the US is a hugely popular and growing area of therapy, but it is just starting to get noticed in the UK.

In 2011, while writing my Master's thesis on engaging young people in online mental health services, I came across practitioners using games like World of Warcraft to engage clients in therapy. I had thought then about how Minecraft would be a great game to engage children in counselling.

When lockdown hit in March 2020, the idea came back to me and it was clear that now was the time that children and young people could really benefit from this service. So, for the past year I have been training, researching, connecting with other professionals doing similar work, and using Minecraft in my private practice. I also provide training and consultancy on using video games therapeutically and have been supporting other professionals to use Minecraft with their clients.

Counselling via Minecraft engages children by meeting them in their comfort zone - online and in a video game they already know and love.

*In order to protect my clients' identities and confidentiality, Adam is a fictitious character. He was created from drawing on my counselling experience with various clients to provide a picture of what a Minecraft session with me is like.

Minecraft has an age rating of PEG 7+ meaning it is suitable for children aged 7 years and above – when you kill a mob it turns red before disappearing.

Ellie Finch is an experienced counsellor who specialises in supporting children and parents. She has developed an innovative online service engaging children in counselling through video games they know and love such as Minecraft. She also provides consultancy and training to professionals who wish to use Minecraft within their own practice.

When loss is even more: Helping children cope with grief

It can be challenging for any parent, carer or teacher to find ways to support a child or young person when they...