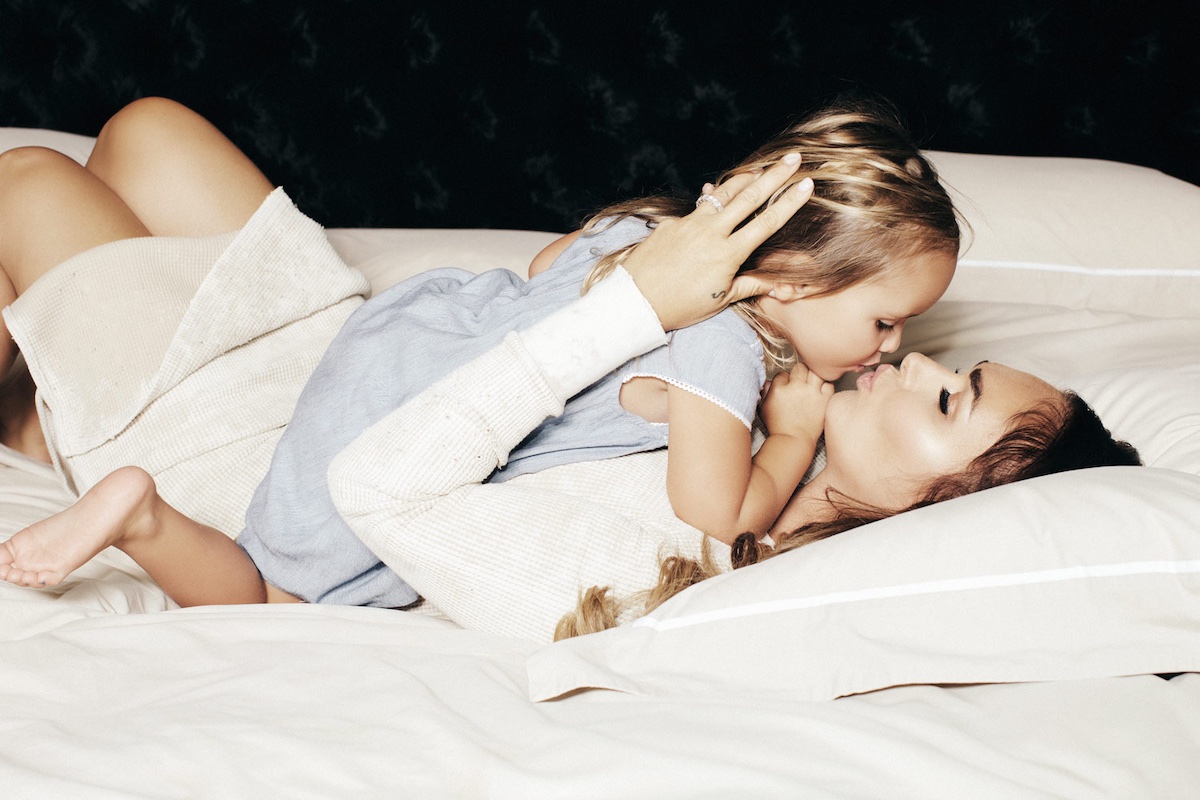 Speaking in an interview with happiful, Tamara Ecclestone shares her experience of separation anxiety with three-year-old daughter, Sophia.

Despite being a devoted mum, Tamara admits that her unconditional love may have caused her to suffer parental separation anxiety. Since giving birth in 2014, the Formula One heiress has faced criticism over her parenting skills.

A believer in attachment parenting, a method which promotes breastfeeding, bed-sharing and baby-wearing. While it’s an increasingly popular parenting method, Tamara has faced criticism. Tamara recently hit back at critics who say she should no longer be breastfeeding her three-year-old.

She reveals to happiful that she has shared her bed with Sophia since she was five or six months old, and continues to breastfeed around four times a day.

Her reasons for swaying toward the attachment parenting method is because it gives her daughter independence. “Sophia is not craving or seeking out my attention, or worrying that she’s been abandoned.” She explains, “This way of parenting encourages her to be outgoing.”

But whatever some may think of Tamara and her parenting choices, one thing is clear, she loves her daughter. In the interview, Tamara opens up about her experience of separation anxiety. She reveals how up until recently, the longest time she had spent away from Sophia was six minutes - backstage of Loose Women. Even during this short time, the heiress suffered. She recalls experiencing sweating palms - a common symptom of anxiety.

“I’ve had more anxiety since I became a mum, and it’s something I need to work on and deal with,” she told happiful.

I was never an anxious person before I had Sophia, but now I have serious anxiety about anything happening to my daughter.

Discussing Sophia’s first day at nursery earlier this year, Tamara confesses how she sat crying in her car for three hours after she left, for fear of what might happen to her daughter.

On the phone to her husband, “Jay was telling me that I was a lunatic,” she said. “I was watching my phone, thinking the nursery staff are going to need me to come back.”

Of course, the nursery staff didn’t call. Sophia was happily playing with the other children.

Being preoccupied with worry, ‘what if’s’ and worst-case scenarios can massively affect a person’s life. But Tamara knows it’s a habit that can be broken. As well as parental separation anxiety, she’s had lifelong claustrophobia and ornithophobia (an irrational fear of birds).

Tamara is determined and is considering hypnotherapy to tackle her claustrophobia, but it’s the separation anxiety she wants to manage first.

“I’ve just got to get my head around the fact that I’m not going to be there to pick her up every time she falls over, and that’s the brutal reality."