January. The month of habit change. Every January we make that same resolution to join a new fitness class and somehow, we can never get into the habit of going for more than two weeks. Why is that? Why is it so hard to introduce new habits and break the old patterning? Instead of setting unreachable targets I’m going to tell you how you can create new habits. I’ll break it down into small steps: much like taking on a new habit! 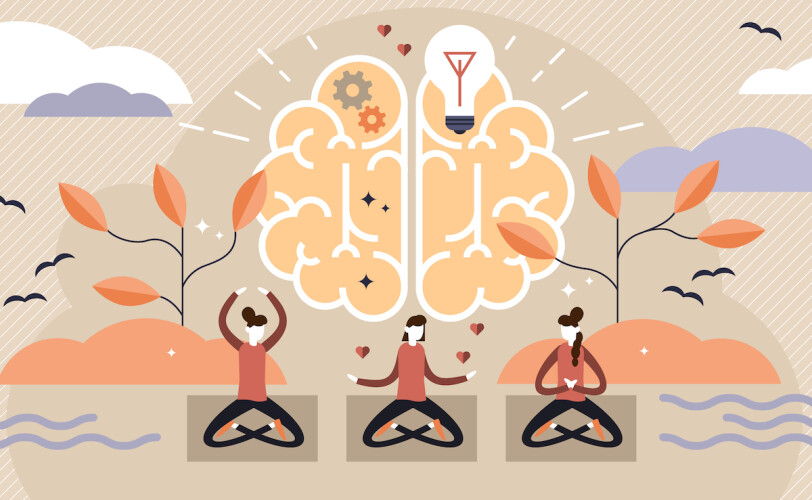 Each year we promise ourselves that we will lose weight, get fitter, eat healthily, or save money. In many ways, by doing this we are sending ourselves the underlying message that we aren’t good enough. We take on these mammoth goals without setting small achievable targets; telling ourselves that we will get fit instead of thinking about the how or the baby steps that we need to take will probably mean that we will drop that goal by February when it appears out of reach. Then we are full of guilt and self-judgment.

We are creatures of habit though, aren’t we? Think about how many habits that you have all day long that are automatic; you might brush your teeth after your morning coffee or take the same route to work. You might buy a sandwich each lunchtime from the same deli. It’s this automaticity that allows space in the brain to be freed up for other activities that we eventually habituate.

Without getting too much into the science nitty gritty there are a number of ways that we form new habits. One of the ways is the association between our environment and the habit; we walk through the front door after work and over time we may have associated walking into the kitchen, opening the fridge and opening a beer which eventually becomes a habit.

There are four steps to a habit, and we might consider this a habit loop:

All habits and behaviours are our desire to find a solution to a problem. Imagine if our problem is that we want to rid ourselves of the desire to eat unhealthy food and the solution is to eat healthier and move more. Our brains release an important chemical associated with drive and motivation even before we are carrying out the habit and this will continue to be released after the habit; at the cue stage and after the reward stage.

To create a healthy habit for ourselves we have to make the cue obvious to us such as leaving our running clothes beside our beds so that when we first wake up, we can put them on! And make the habit measurable; last week you ran one mile and this week you run two. Fantastic! Make that visual so put that on a chart on your wall next to your running clothes.

The craving should be attractive. OK, running itself might not be something that you crave but the reward of getting fitter/slimmer/fresh air/endorphins pumping might just be enough! Maybe the idea of watching the sunrise or set might be appealing. Maybe you know that when you get home you are going to cook yourself a delicious omelette.

The response must be easy; pulling on the already laid out running clothes instead of searching through piles of laundry for them.

And of course, the reward has to be satisfying! You’ve increased your running to four miles in a month, so you reward yourself by buying yourself a new pair of joggers.

And, importantly, start small! If you want to start running, start with 10 minutes and build from there. Whatever you can do is beginning a new habit. If you want to start meditating, start with three minutes of focusing on the breath and build. The important thing is to begin the new habit. Choose the right environment so that you associate that new habit with that environment.

There will often be other habits attached to the habit that you are trying to build too. So maybe after you have put on your workout clothes you go to the bathroom and brush your teeth. Then you make a coffee before you head out. Usually, these smaller habits are latched onto the one you are building but can be thought of as steps in a sequence of habits.

If you want to stop an unhealthy habit you make the habit difficult and unrewarding. For example, you want to stop eating large bags of crisps each evening. Make the cue invisible by hiding all crisps. In fact, make it difficult by not buying any at all! Not forgetting that environment plays a huge role in habits so you might associate Netflix, sofa and 7pm with crisp time then you take away these other cues as best you can. Maybe at 7pm you start a short yoga session or go for a walk.

Do the opposite of rewarding yourself each time you carry out the bad habit; you must pay your friend/spouse/relative £5 each time you smoke a cigarette for instance. This would make the craving and activity seem far less attractive. Your reward to stopping smoking is to have a healthier body and bank balance!

Taking on the identity of the person that you want to be helps towards increasing the chances of developing healthy habits and releasing unhealthy ones. For instance, telling others that you are a runner/non-smoker/non-drinker/meditator, etc. will give you an intrinsic reward and you are far less likely to then do the opposite. When trying to rid ourselves of an unhealthy habit we try to put as many obstacles in our own way as possible and to develop a healthy one we make it as easy as we can for ourselves to do the habit.

This is not to say that any of this is easy! Habit building and habit breaking takes careful thought about what will work for you. If you put small steps into place and make your goal measurable will make your goal achievable.

I am a registered member of BACP with a level 7, Msc in Integrative Counselling and Psychotherapy. I am qualified to work with many issues which include but are not limited to: emotional abuse, trauma, relationship issues, anxiety, depression, substance mis-use, boundaries, self-esteem, work/life balance and life changes.