Forgiving and not forgetting 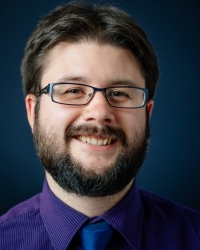 I think one of the most powerful tools that we have as humans is the ability to empathise. This ability allows us to have an emotional connection with other human beings, and allows ourselves to have a deeper understanding of one another. Deeper understanding allows us to form intimate emotional constructs, such as forgiveness, which has to be one of the most potent tools on any emotional spectrum.

I do believe the forgiveness is important to have. I also believe that forgiveness is often misunderstood as a concept. When you look at forgiveness, what you are doing is you’re moving in a state of mind from where someone has transgressed against you and that you have decided to empathise with the individual, and show them that you are no longer considering anger, vengeance or a destructive form of retribution towards them.

In effect, to forgive someone is to wish them well, and that is the end of the matter. This process only occurs through the careful processing of all emotions, and reaching a conclusion that is satisfying to both perpetrator and survivor. There are a few things in society which often get mistaken for forgiveness, and therefore undermine the emotional impact of such a precedent.

It is worth considering that forgiveness is completely different from condoning something. When we condone a person and their course of action, we know that the act is wrong, and then we say that people need to be forgiven for that act.

Is also worth considering that excusing is also not an appropriate definition for forgiveness, as to excuse someone is to not hold an individual responsible for their actions at all.

This has to be one of the more dangerous misinterpretations, as to forget a perpetrator who has in the past committed a negative action might be to your detriment, for example, forgetting an assault, abuse, etc. This means that, within the confines of the individual’s mind, this hurt didn’t matter, and everything went back to what happened before the event.

The reason that this is dangerous is that this can form a co-dependent situation whereby one party may be subjected to repeated abuse and have no influence in preventing the action, because they forget every time. Forgiveness is never about forgetting.

Therefore, when we do have to undergo a process of forgiving, there are numerous stages that we go through, as it requires, as previously mentioned, a lot of thought and emotional regulation.

The four phases of forgiveness

1. The discovering phase - The detection of the hurt and the emphasis of discovering what that means for the person who has been hurt.

2. Balancing phase - This is where the concept of forgiveness is discussed, and whether an individual commits to the idea of eventually forgiving an individual for the transgression against them.

3. The processing phase - The shift of focus moves towards the transgressor, in an attempt to analyse motivations and gain insight into understanding 'why' this hurt has occurred.

4. The consideration phase - The fixed limit moves towards a resolution, taking into consideration their own experiences of forgiveness, but never forgetting what has occurred. There would also be at this particular juncture a renegotiation in the relationship, to determine what that relationship would look like, and any new boundaries that would need to be set to ensure that the relationship can move forward.

This type of model usually lies with couples; however, this can be applied to any form of transgression and forgiveness process.

What is important to note within the active forgiveness is that we have explored everything within ourselves, and also the perpetrator. We have analysed the situation carefully, ensuring that our boundaries have been reset, and that there are terms in position that mean that both parties of the relationship are now equally balanced. By this, I mean that there is no residue of unwanted emotion, such as sniping, blackmail, or repressed anger.

Every emotion has to be worked through - the sadness, the hurt, the anger - if forgiveness is to occur. It is also important to have the courage to take forgiveness off the table if it needs to be. The act of not forgiving an individual is a right under the ethical principle of forgiveness. There are some emotional wounds that are so deep that they can never truly heal, and as part of an emotional defence an individual must have the capacity to remove such hurt from their lives without doing further damage to themselves or the perpetrating party.

When it comes to the ethical and empathetic process of forgiveness, my advice would be to consider your own counsel carefully, reflect on your emotions, and, if necessary, engage a third party such as a professional counsellor or trusted friend to gain a neutral perspective that will help make the right choice for you and your mental health.

I am a psychotherapist that works with anxiety depression and suicidal issues. I use a diverse and wide spectrum of techniques to ensure that my clients feel empowered and confident, so they are able to achieve what they wish to achieve when presenting with a broad range of issues.… Read more