Emotional self vs intellectual self - a conflict within

Clients often attend therapy stating that they cannot understand why they feel the way they do, saying that their lives in a pragmatic and rational sense seem great, so why do they feel depressed, anxious, or angry? Counsellors could argue that the issue could be the clients often intellectualise their problems, and this means they do not wish to connect with the emotions they are feeling. Here there is a disconnect between the emotional self that acts on the stimulus around us. For example, those that have experienced a traumatic event could be triggered by things such as a smell or a behaviour that causes the individual to be taken back to that event, leaving them overwhelmed with emotion. Because of this disconnect, the intellectualised self that operates from a pragmatic, rational, and logical position cannot make sense of what is going on. What ensues is a conflict within a person's inner world. We could use Brexit as a way of viewing this in action, and the resulting conflict that has paralysed UK politics for the past few years. It should be noted at this point that Brexit is being used as a comparison for internal conflict, not to make a political point. 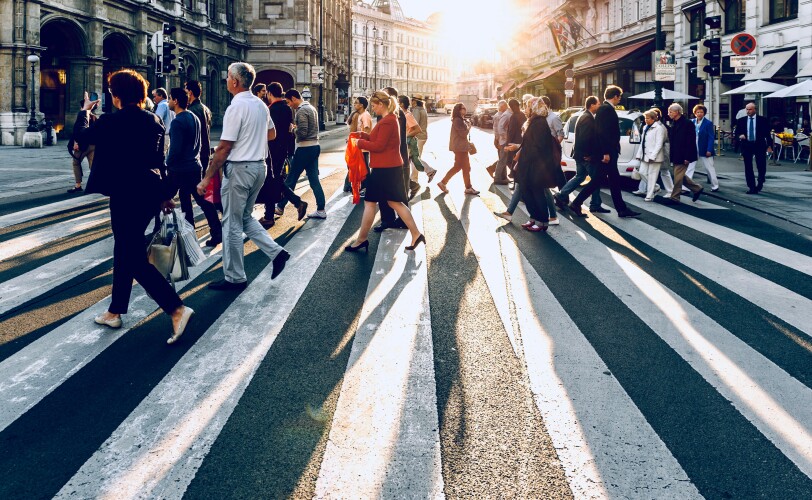 If we work with the idea that the 'leave' argument represents the emotional self, rising from feeling disenfranchised, powerless, and unheard, and the 'remain' argument the intellectual self, the rational, pragmatic, and logical self, then we can maybe better understand what is happening within ourselves. One reason for the conflict regarding Brexit is that both sides of the argument feel they are correct, and the views of the other side have no merit. This has led, despite the best of intentions, the discourse surrounding Brexit to become often toxic and visceral. Here, the debate is framed as a fight, with neither side willing to concede ground and, therefore, a consensus is less likely to be achieved. This leaves the country feeling angry, depressed, and anxious - feelings that clients may feel when they attend therapy.

It could be argued that, as with Brexit, the emotional and intellectual selves are locked in a permeant state of conflict, unable to understand what they need to be able to co-exist. The areas that strongly voted to leave were areas that fell victim to large scale de-industrialisation in the 1980s, and, in the perceptions of people who live there, they felt abandoned and forgotten. This could have led to people feeling distrustful of people in power; the emotional self in this context responds to any feeling of being oppressed, be that through experts suggesting what might be in there best interests or large scale political unions such as the EU whom they perceive are there to oppress them somehow. Because power remains at an intellectual level and seeks to satisfy the emotional self with logical and rational reasoning, it can be difficult to make a connection. Likewise, the emotional self cannot reconcile with the valid points made by the intellectual self. On both sides of the debate, both camps want to feel like they are being heard, and until both sides can genuinely see the others point of view then it is very difficult to bring harmony and a resolution.

In working with clients, the counsellor aims to end this conflict. This can be achieved by giving the emotional and intellectual selves equal opportunity to be heard. Therapists seek to reconnect these two components so the client can better understand the way they are feeling, by realigning the intellectual and emotional self. After all, this conflict can exist within our minds; consider the feelings a working parent may have when they struggle with leaving their child in the care of another and having to go out to work to earn money. Brexit could be considered an extreme example, but it is something that is being played out before our very eyes, and despite its controversy is a good example of a conflict that exists in all of us. To be able to live happier, more contented lives, it may be helpful to consider how we bring these parts of ourselves into balance.

I am a BACP registered counsellor providing low cost counselling for couples, individuals and Small and Medium size organisations. I create a safe, therapeutic and comfortable environment to discuss sensitive and difficult issues. I hold a BSc in Systemic Counselling (Relational) and is my main area of training.